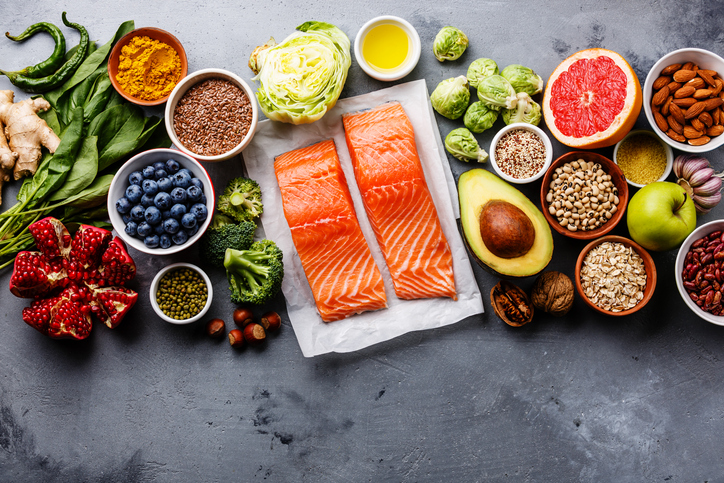 Would you like reduce your risk of cognitive impairment, Alzheimer’s disease, and dementia? Researchers from around the world having been studying a variety of different factors that might reduce these risks and keep the brain healthy.

One factor that a number of studies have converged on is a Mediterranean-style diet. This diet includes

Now, if you’re like me and you happen to like all these foods, then you have all the information you need to eat a brain-healthy diet. On the other hand, if you’re not crazy about everything on the list, perhaps you would rather eat just the most important components. Researchers have, in fact, been trying to determine the key parts of this diet for a number of years.

Let’s take a moment to unpack these terms. Let’s say you want to know what your risk is 10 years from now.

Fish helps you think — and keeps your thinking strong

To reduce your risk of cognitive impairment and decline, eat a Mediterranean-style diet including fish several times per week. There are lots of good fish to eat, including Atlantic mackerel, black sea bass, catfish, clams, cod, crab, crawfish, flounder, haddock, lobster, salmon, sardines, scallops, shrimp, skate, sole, squid, tilapia, trout, and canned light tuna. Just be careful about fish that may have high levels of mercury, such as swordfish and bigeye tuna; these fish should only be eaten occasionally. The FDA has a good guide to help you know the best fish to eat.

Your mother was right

Did your mother ever tell you that fish was good for you? Mine did. In fact, she always used to say, “Fish helps you think.” She knew it all along; it just took the scientific community 50 years to catch up to her and prove it.