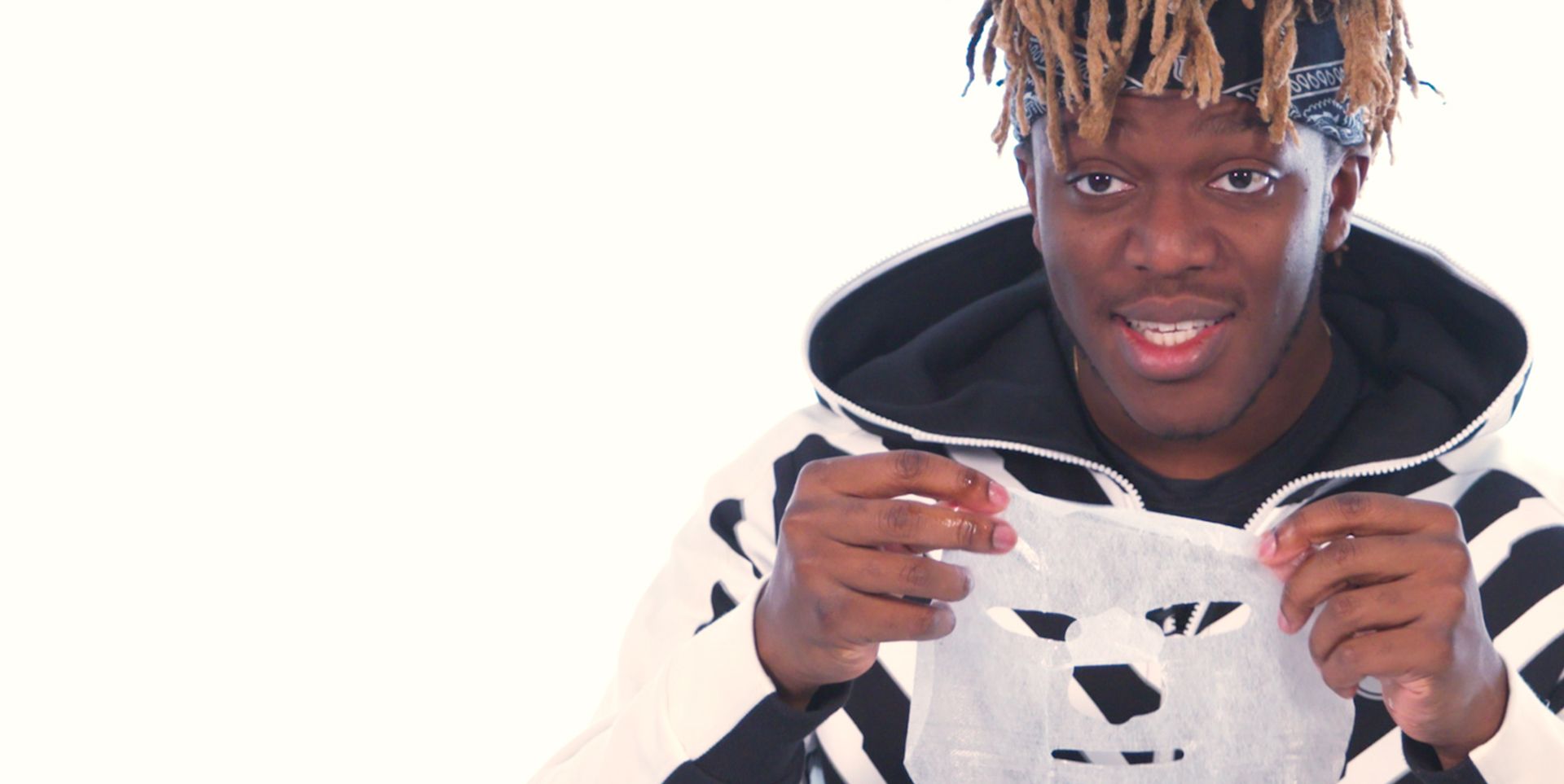 If you’ve been a loyal viewer of Expensive Taste Test, then you’d know that the episodes where celebs know jacksh*t about the products we give them are some of the most entertaining ones. Do we feel bad for doing that? Eh, sort of. (JK, not really.)

Y’all probably recognize KSI from his viral YouTube videos, his WINNING boxing match against Logan Paul, and from his latest hit singles—it’s obvious that the mans is out here killing the game! But does he have the ability to distinguish between the bougie and the not-so-bougie? For the first round, we gave him two glasses of rosé—one cheap and one not—an easy thing to do some would say. He thought he got it right, using the strategy that “the worst it taste, the more expensive it is.” Yeeeah, I don’t think I’d live by that mantra, my guy. ?

Next items we gave him were shampoos! And of course, we were going to provide him with the proper tools that would allow him to accurately guess between the two, so we gave him some water, a bowl, and Barbie dolls. After giving both dolls a good hair lathering (which seemed sorta therapeutic for him), we found out that the dude knows his hair products!!

We for sure stumped him when he gave him face masks, that he, um, thought were covered in lube?!?! Say what now?! He high-key had no idea what they were and didn’t know they were meant for the face or why in the world people even use them. (Ugh, it’s called self-care. ?) And for that, negative energy he got it wrong. Sorry love, but team facemasks!!

We do have to give him credit for knowing his Cheetos and fancy water. But maybe you need some lessons in the beauty department? We’d be glad to help. ?‍♀️

Megan Uy Editorial Assistant Megan is the Editorial Fellow at Cosmo where she covers fashion, beauty, and pop culture.