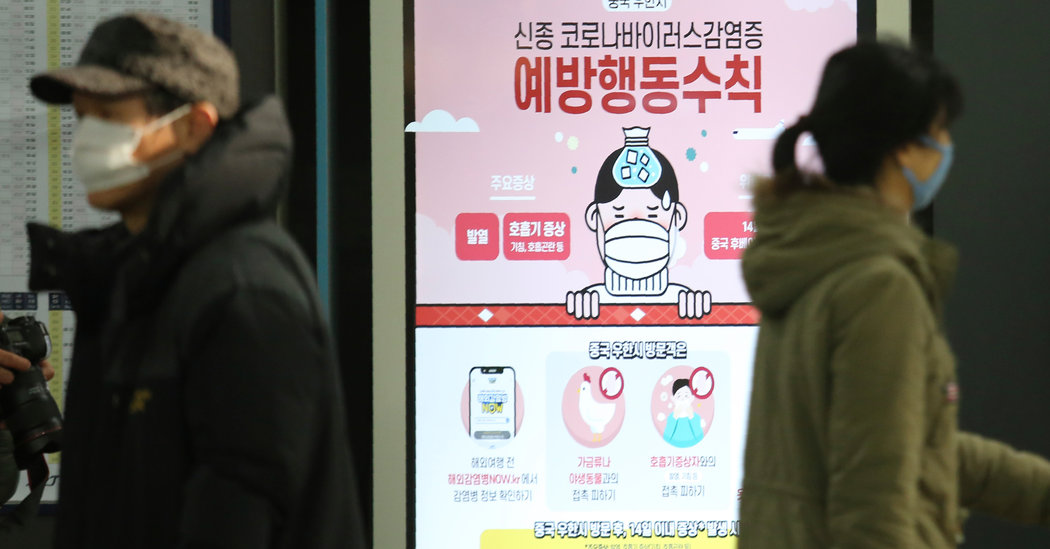 SAN FRANCISCO — With the threat of the coronavirus growing, Aleksandra Kuzmanovic sat at her computer in Geneva on Monday and sent out an important public health email. She works for the World Health Organization and her aim was to assess and stop a global spread — not of the dangerous virus but of hazardous false information.

She wanted to halt what her colleagues at the health agency are calling an “infodemic.”

She emailed a contact at Pinterest, the image-sharing social media giant based here in San Francisco, to ask if the site could help the W.H.O. combat the blazing spread of misinformation, lies and rumors about the new virus.

Offer accepted. Starting Thursday afternoon, when Pinterest users search for coronavirus, they get a link to a page of coronavirus “mythbusters” from the W.H.O.

Since the virus hit, Ms. Kuzmanovic said she and her colleagues have been in regular contact with the world’s biggest and most powerful disseminators of information — including Facebook, Twitter and Google, as well as social media influencers around the globe.

Next week, Andrew Pattison, manager of digital solutions at the W.H.O., will travel to Menlo Park, Calif., to visit the headquarters of Facebook, which has arranged for him to make a pitch for further assistance to a gathering of 20 big tech companies, including Uber and Airbnb. “I’d love to see Airbnb give advice to people traveling about coronavirus,” he said.

He also plans to meet with Amazon in Seattle in hopes of having the e-commerce titan provide accurate health information when people buy such things as protective masks or respirators, or even books already popping up about the crisis that could contain misinformation.

The efforts of the W.H.O., the health arm of the United Nations, represent a new, far-reaching effort to reinvent what has largely been a failed fight against misinformation.

Over the last two weeks, tech companies working with the W.H.O. have been prominently posting links to W.H.O. content, making falsehoods harder to find in searches or on news streams, and sometimes removing content altogether.

They are facing an array of wildly untrue claims, such as that the coronavirus was created as a bioweapon or was funded by the Bill & Melinda Gates Foundation to further vaccine sales, or that it can be cured by eating garlic or drinking a bleach concoction (which can itself cause liver failure). These ideas, like a virus itself, can be easily transmitted from person to person, carried by both the unwitting and the devious and spreading almost invisibly through a vast virtual world.

The reality is that the coronavirus is a rapidly spreading respiratory infection that originated in Wuhan, China. Most of the cases, and nearly all of the deaths, have so far been in China, though the germ has reached dozens of other countries in recent weeks.

Medical misinformation on the virus has been driven by ideologues who distrust science and proven measures like vaccines, and by profiteers who scare up internet traffic with zany tales and try to capitalize on that traffic by selling “cures” or other health and wellness products.

“There are self-appointed experts, people working from anecdote, or making up wild claims to get traffic or notoriety,” said Mr. Pattison of the W.H.O.

The groundwork for the coordination around the coronavirus was laid two years ago, when Mr. Pattison went to the W.H.O. general director, Dr. Tedros Adhanom Ghebreyesus, and suggested a full-blown effort to connect with social media titans to combat health misinformation. Now about a half-dozen W.H.O. staffers in Geneva are working on the issue, building relationships with digital and social media sites. Over time, the cooperative efforts have grown. For instance, last August, Pinterest teamed up with the W.H.O. to link to accurate information about vaccines when people search the service for that topic.

Ifeoma Ozoma, public policy and social impact manager at Pinterest, said the company “has been working with the World Health Organization over the last year,” with an aim to “make sure people can find authoritative information when it really counts.”

The W.H.O. seeks no money, nor pays any, in these relationships, Mr. Pattison said. Rather, he explained, it is lending its credibility and hoping to use “their reach.”

The relationship has borne concrete results.

Google launched what it calls an “SOS Alert,” which directs people who search for “coronavirus” to news and other information from the W.H.O., including to the organization’s Twitter account; that was expanded Thursday to include information in not just English but also French, Spanish, Chinese, Arabic and Russian. The W.H.O. has also worked with the major Chinese-owned social media site WeChat to add a news feed featuring correct information, translated into Chinese by the W.H.O.

The health agency has worked especially closely with Facebook. The company has used human fact checkers to flag misinformation, which can come to their attention through computer programs that identify suspicious keywords and trends. Such posts can then be moved down in news feeds, or, in rare cases, removed altogether.

For example, several weeks ago, Facebook removed a W.H.O. infographic that had been modified to claim people should avoid having sex with animals to prevent coronavirus. Facebook also is providing people who search for information on coronavirus on Facebook and Instagram with links to credible sources of information, including from the W.H.O. and the Centers for Disease Control and Prevention.

Some of the tech companies have issued public statements of support for the W.H.O. Kang Xing Jin, Facebook’s head of health, said the social platform is providing “relevant and up-to-date information” and “working to limit the spread of misinformation and harmful content” and is doing so “based on guidance from the W.H.O.”

Despite the efforts, hundreds of thousands of people have consumed dozens of documented falsehoods about the coronavirus on these platforms and others, including Reddit and the Chinese-owned social media platform TikTok, as well as numerous smaller websites. On TikTok, there are several videos featuring the Gates conspiracy that had been viewed over 160,000 times and have since been taken down. (The New York Times is not linking to this content to limit the spread of misinformation.)

The ground for such medical misinformation is fertile, experts said. Sarah E. Kreps, a professor of government at Cornell University, considers the people deliberately spreading distortions to be practitioners of “algorithmic capitalism,” in which people scare up traffic and sell against it.

Examples abound. Infowars, the far right website that purveys conspiracy theories and fake news, and others are now banned on several leading social media sites but are still advertising pseudoscientific remedies directly through their own shops. An early distortion of the coronavirus news appeared in an Infowars video on Jan. 22 — claiming that the virus could be part of some man-made plot to thin the population.

“The globalists and the deep state have declared war on humanity,” a host on the video said. “They hate human life. This is why they kill babies.”

Next to the box in which the video appears is an advertisement for an immune gargle product that, the ad claims, “is designed to support your immune system like no other,” and that is “scientifically proven.”

However, the Mayo Clinic reports that the ingredient mentioned in the product, colloidal silver, has not been proved safe or effective in treating disease. And even the Infowars shop where the product is listed reads at the bottom: “This product is not intended to diagnose, treat, cure or prevent any disease.”

Renée DiResta, the research manager at the Stanford Internet Observatory, where she studies the spread of false narratives online, described the coronavirus distortion effort as a product of a “conspiratorial ecosystem” that draws on “die-hard anti-vaxxers or conspiracy theorists and people who have alternative health modalities to push and an economic incentive.”

“They liken big pharma to drug pushers,” she continued, “and then tell you how their mushroom or oil is their approach to healing.”

Experts said the cooperation between the W.H.O. and major websites is a significant change in efforts to stop misinformation. Major internet companies have been pilloried for their role as sources of disinformation and for turning a blind eye to the spread of political lies.

The effort led by the W.H.O. “is very new,” said Danny Rogers, who teaches about disinformation and narrative warfare at the New York University Center for Global Affairs and is also the chief technology officer of the Global Disinformation Index, which tracks misinformation activity online.

Mr. Rogers said dealing with the coronavirus may be easier to address than political disinformation because it doesn’t have partisan or clear ideological strains.

“The coronavirus is not a voting or paying constituency,” Mr. Rogers said. “We’re all united against people getting sick. It’s much easier for platforms to pioneer this coordinated effort around public health crisis.”

At the same time, he said, the coordination around coronavirus underscores the reality that social media does have the power to take on falsehoods.

“It proves that when platforms do choose to act they can be very influential,” he said. “It undercuts the throw up your hands and say we have no power or ability to control information.”