The number of people with lung illnesses linked to vaping has risen to 805, from last week’s figure of 530 cases, and 12 people have died, compared to a total of seven last week, the Centers for Disease Control and Prevention reported on Thursday.

The illnesses are widespread, with cases reported from 46 states so far, and the United States Virgin Islands. Ten states have reported deaths.

Based on 373 cases where data on the patients was available, the C.D.C. says that nearly three -quarters were male, two-thirds were 18 years to 34 years old and 16 percent were younger than 18 years.

People with the illnesses become weak and short of breath. Many need supplemental oxygen and treatment in intensive care units, and in some the lung damage is so severe that they must be placed on ventilators to keep them alive while their lungs recover. In a few cases, lung function has been so poor that ventilators were not enough, and the patients also had to be connected to machines that pump oxygen directly into the bloodstream.

Most of the patients have recovered enough to go home after days or weeks in the hospital, but doctors say it is too soon to tell whether they will suffer permanent damage to their lungs.

The case count started to snowball in August after health officials made the connection between vaping and the lung problems, and reported it publicly. Doctors around the country then began to realize it might explain some of the odd, pneumonia-like illnesses they were seeing in otherwise healthy people, and many began to question their patients about vaping. The rising numbers include new cases but also earlier ones that are just now being recognized as doctors look back at past patients whose illnesses were not understood at the time.

Read More:  During the pandemic, a physician says: “Put me in, Coach”

Many people who became sick have said they were vaping THC, the ingredient in marijuana that induces a high, but some patients report vaping only nicotine. Some of the patients who died were older and had underlying illnesses, health officials have said. But on Wednesday, Mississippi health officials reported a vaping-related death of a person who was under 30.

No specific ingredients or devices have been identified as the cause of the illnesses, and health experts say multiple devices or ingredients may be involved. Investigations are being conducted by the C.D.C., Food and Drug Administration and state health departments.

Given the unanswered questions about the exact cause of the illnesses, many health experts say people simply should not vape. Those who continue to do so should not buy vaping liquids off the street, or add ingredients to commercial products, the C.D.C. said. It emphasized that adults who do not smoke should not start using e-cigarettes, and that young people and pregnant women should never use them.

At a hearing Wednesday before a subcommittee of the House Energy and Commerce Committee, a C.D.C. official said she was “extremely frustrated” at the pace of the investigation. “I wish we had answers already,” said Dr. Anne Schuchat, the principal deputy director of the C.D.C. “I actually think there may be a very complex set of root causes here that are going to be difficult for us to address as a nation. And we need to take it very seriously.”

Dr. Schuchat told the panel members that the agency’s investigation was difficult because the suppliers of the THC products were underground and did not operate legally. The problem is compounded by a growing population of young people who are addicted to vaping, she said.

“We have a very vulnerable population and a very challenging supply chain to address,” she said.

Nationwide, vaping has become a runaway train, with various private and public entities now trying to put on the brakes.

But vaping is a burgeoning industry around the world, and the global market for e-cigarettes reached about $ 11 billion in 2018, according to a report from Mordor Intelligence, a market research firm.

In 2019, more than one in four high-school seniors had vaped during the previous 30 days,according to a survey with a nationally representative sample of about 14,000 students by the University of Michigan’s Monitoring the Future Study.

In a letter published in the New England Journal of Medicine, some of the researchers who conducted the survey said its findings suggested significant levels of nicotine addiction among teenagers, and they wrote, “New efforts are needed to protect youth from using nicotine during adolescence, when the developing brain is particularly susceptible to permanent changes from nicotine use and when almost all nicotine addiction is established.

Read More:  Global air crash deaths fall by more than half in 2019 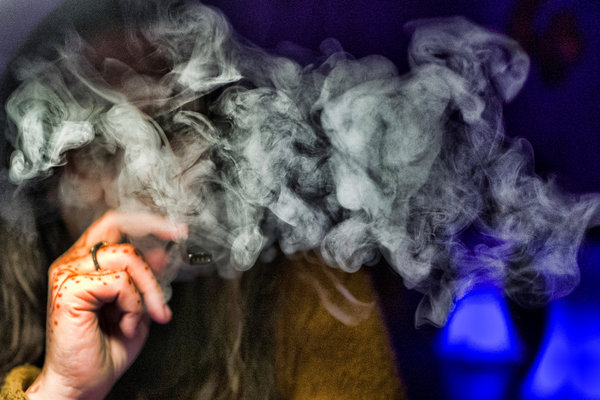 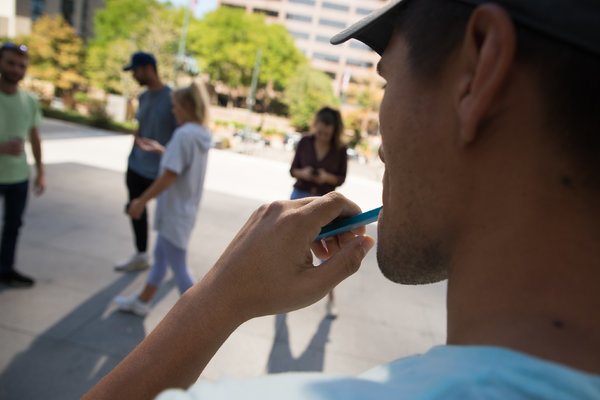 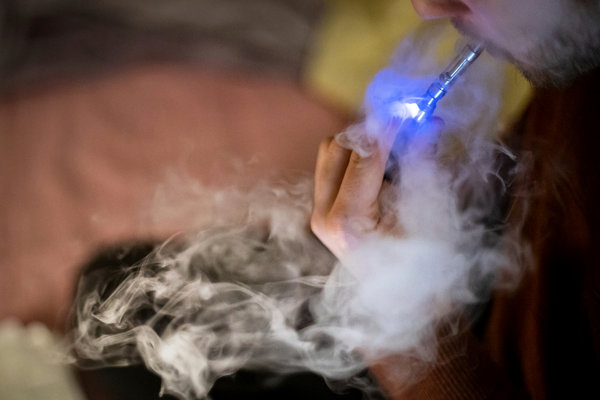