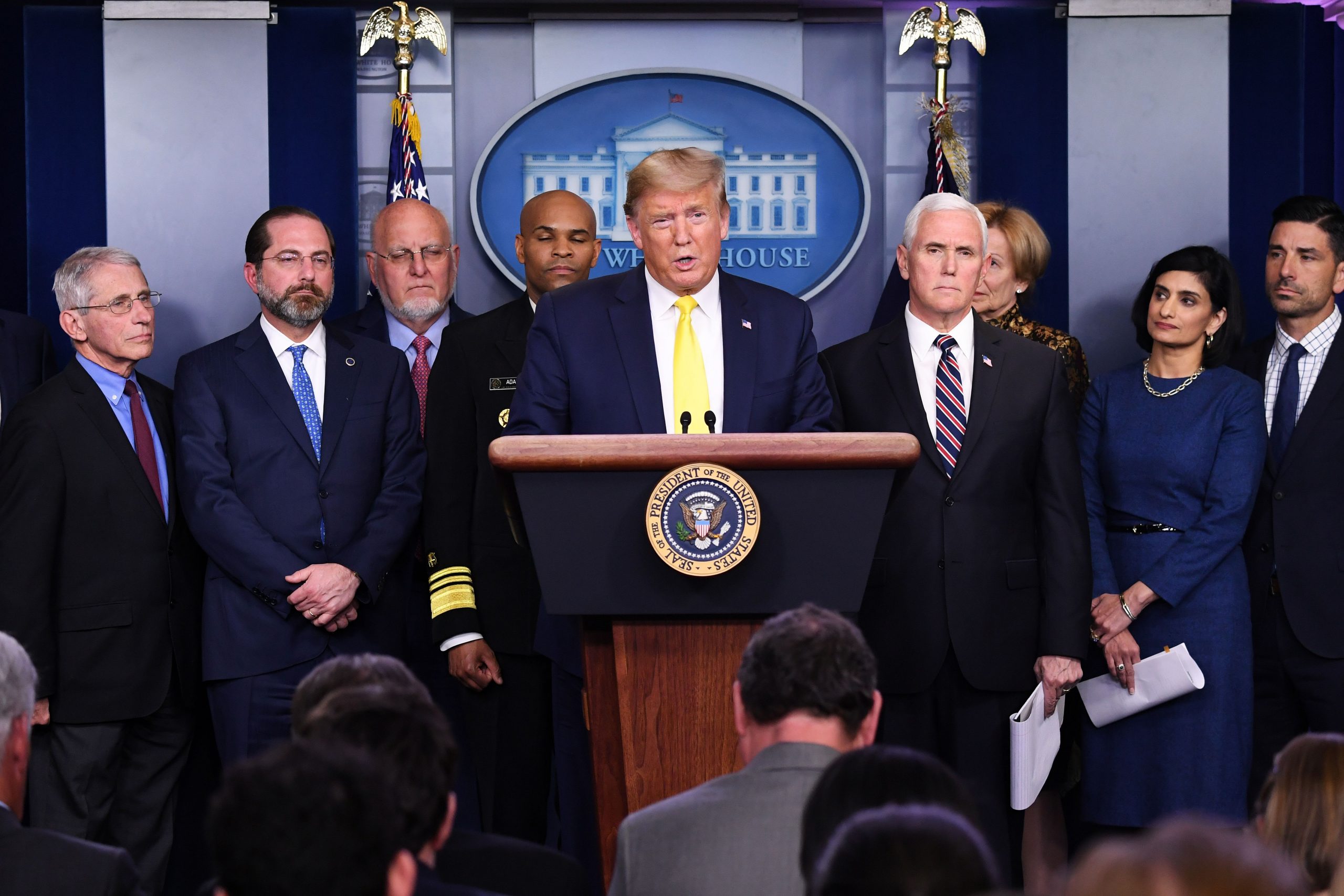 US Speaker of the House Nancy Pelosi, Democrat of California, speaks during her weekly press briefing on Capitol Hill, January 16, 2020, in Washington, DC.

With congress pushing back against President Donald Trump’s emergency proposal to eliminate the payroll tax, the idea may be dead in the water.

In response to the deadly coronavirus, Trump on Tuesday pitched Republican lawmakers on a 0% payroll tax rate for employers and employees that would last through the rest of this year, and possibly longer.

The stock market staged a late-day rally on the news.

But any such proposal would likely need to go through Congress. And, with Democrats leading the House, it would need their go-ahead. A multitude of lawmakers have signaled it would not pass.

House Majority Leader Steny Hoyer, D-Maryland, told the New York Times that Trump’s proposal to cut payroll taxes, which are used to fund Medicare and Social Security, is a “non-starter,” suggesting that the plan has no chance of passing.

“A payroll tax cut would do little to help workers without paid sick days or those who have lost shifts and tips,” Senate Finance Committee Ranking Member Ron Wyden, D-Ore., said in a statement.

Even Republican Sen. Chuck Grassley suggested the plan would not stick because of Democrats’ demands and lack of “bipartisan support.” Still, he did not it off the table completely.

“There isn’t much news here. Democrats have announced their opposition to the idea, although they’ve supported it in the past. Sen. Grassley has said all along that it’s an option that should be considered. Everything reasonable is on the table. Right now, congressional leadership is engaged in discussion and working toward building consensus.”

Democrats, meanwhile, have been putting together their own proposal highlighting House Speaker Nancy Pelosi’s priorities, which could be unveiled as soon as this week, an aide for the House Appropriations Committee told CNBC.

Pelosi in a March 9 press release issued prior to the president’s 0% payroll tax idea said that any proposal must prioritize paid sick leave, widespread and free coronavirus testing, affordable treatment for all, anti-price gouging protections and enhanced unemployment insurance.

Larry Kudlow, Trump’s top economic advisor, offered few details Tuesday when reporters pressed him for specifics about the administration’s plan to offer economic relief from the impact of the new coronavirus through a “temporary payroll tax holiday.”

Treasury Secretary Steve Mnuchin did not bring up the topic during his opening remarks on the Hill Wednesday.

Mnuchin instead said that the Trump administration is looking at the possible delay of tax payments as well as loan guarantees for for hospitality industries affected by the crisis, among other things, according to the Dow Jones.

The potential tax incentives come on top of an $ 8.3 billion spending package Trump signed last week. The package was aimed in part at supporting research for vaccines and helping support states that are battling the outbreak.

The coronavirus, which is believed to have originated in Wuhan, China, has spread to dozens of countries globally, with more than 121,000 confirmed cases worldwide and at least 4,373 deaths so far, according to data from Johns Hopkins University.

There have been at least 1,050 cases in the United States and at least 35 deaths, according to the latest tallies from John Hopkins University.