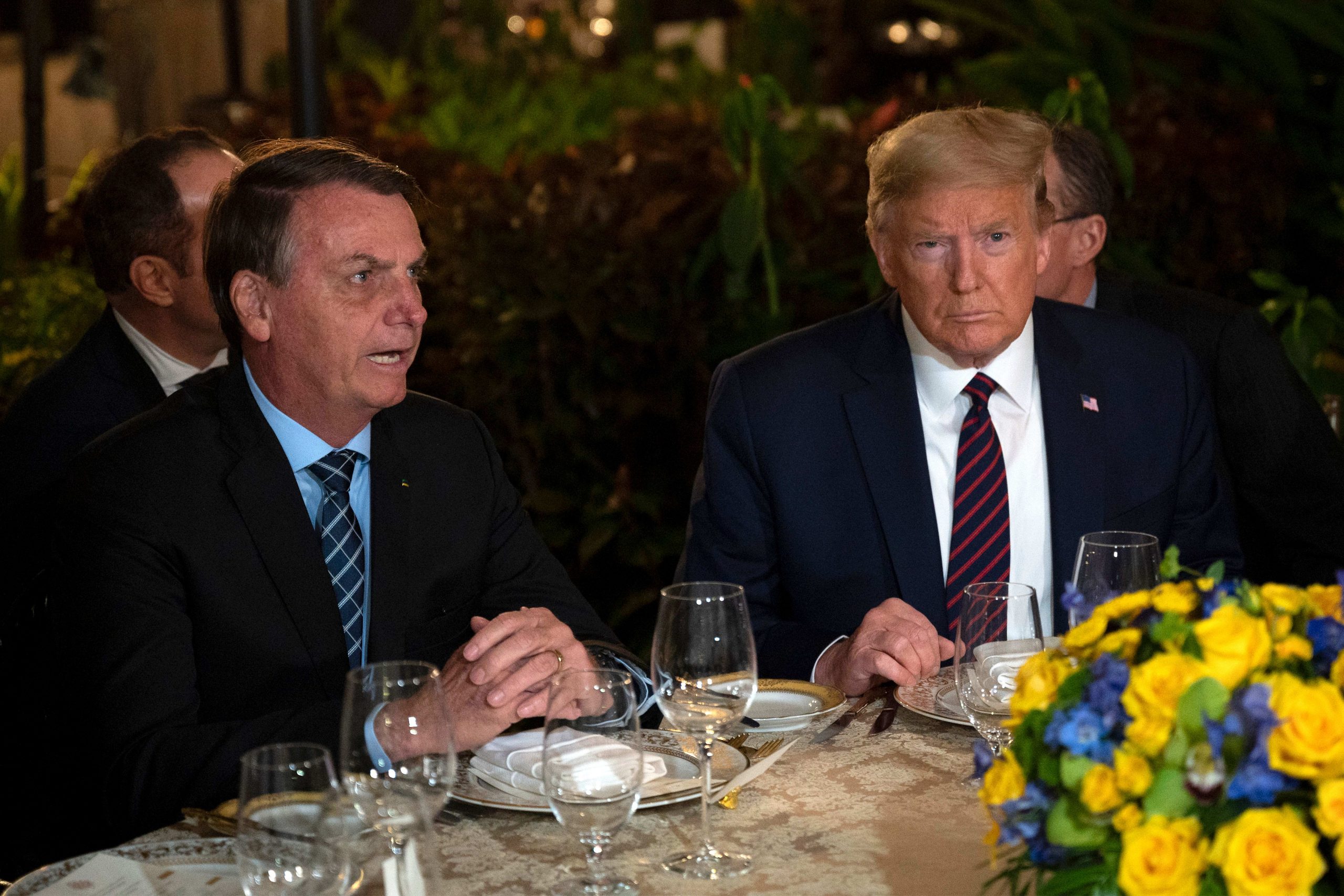 US President Donald Trump at the dinner table with Brazilian President Jair Bolsonaro during a meal at Mar-a-Lago in Palm Beach, Florida, on March 7, 2020.

U.S President Donald Trump shared the same table with a guest at Mar-a-Lago who has since tested positive for the new coronavirus, the White House physician said Friday, adding that there was no need for the president to be quarantined.

The incident took place at his Florida resort Mar-a-Lago last weekend, when Trump was hosting a Brazilian delegation including the country’s President Jair Bolsonaro and his press secretary, Fabio Wajngarten. Wajngarten was later tested positive for the highly contagious virus, which has spread to more than 120 countries and killed at least 5,000 people worldwide.

“This evening we learned of another dinner guest, this one sharing the table with the President and White House delegation, who was symptom-free until this morning and has since tested positive for COVID-19,” said the statement from Dr. Sean Conley, the president’s physician.

He said that Trump’s exposure to Wajngarten was “extremely limited (photograph, handshake).”

While the president shared the same dinner table and “spent more time in closer proximity with the second case, all interactions occurred before any symptom onset.” He did not mention the name of the guest.

“These interactions would be categorized as LOW risk for transmission,” Dr. Conley said, citing guidelines set by the Centers for Disease Control and Prevention. “As such, there is no indication for home quarantine at this time.”

He said he will monitor Trump closely, but that “given the President himself remains without symptoms, testing for COVID-19 is not currently indicated.”