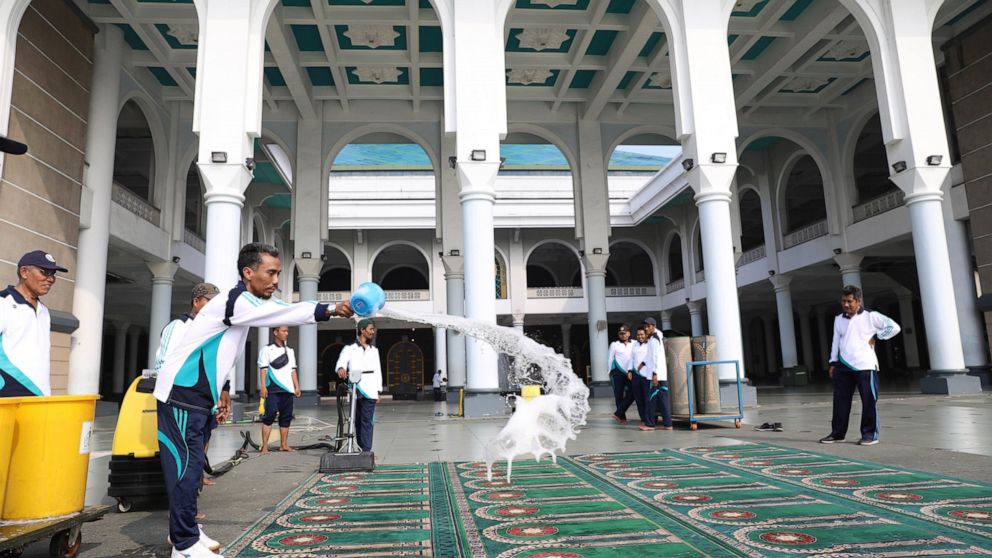 The Latest on the coronavirus pandemic, which has infected more than 169,000 people and killed more than 6,500. The COVID-19 illness causes mild or moderate symptoms but most people, but severe symptoms are more likely in the elderly or people with existing health problems. More than 77,000 people have recovered from it so far, mostly in China.

Czech authorities are ordering a lockdown of 21 towns and villages in an area some 250 kilometers (150 miles) east of the capital to prevent the coronavirus from spreading.

The health authority in the nearby city of Olomouc barred residents from leaving those places and no one without residency can travel there.

The extraordinary measure initially for two weeks includes confining people to their homes except to shop for food and medicine and go to and from work.

The Czech Republic has 298 cases of infection with the virus that causes COVID-19.

The measure comes just hours after the government banned traveling across the country, with the same exceptions.

Iranian news agencies say a 78-year-old member of the Iranian clerical body that chooses the country’s supreme leader has died from the illness caused by the new coronavirus.

He was the latest of several senior Iranian officials to have been infected in the worsening outbreak.

The outbreak has infected nearly 14,000 people in Iran and killed more than 700, with the toll jumping by more than a hundred in the last 24 hours. The real numbers may be even higher, as some have questioned the government’s reporting.

The semi-official Fars and Tasnim news agencies reported that Ayatollah Hashem Bathaei, a low-profile, moderate member of the Assembly of Experts, died from the COVID-19 illness.

The clerical assembly has the authority to appoint or remove the supreme leader, who has the final say on all major policies.

Turkey is closing bars and nightclubs to prevent the spread of the coronavirus.

Health Minister Fahrettin Koca, meanwhile, reported on his Twitter account 12 more coronavirus cases, including seven people who had returned from European countries and three from the United States. The update raised Turkey’s confirmed cases to 18.

Bars and nightclubs will be temporarily closed as of Monday, the Interior Ministry said.

Turkey has stepped up measures to contain the spread of the virus, including suspending flights to several countries and closing schools and universities.

On Sunday, Turkey set up quarantine locations for more than 10,300 people returning from pilgrimages to Islam’s holy sites in Saudi Arabia.

The Peace Corps is evacuating all of its volunteers and suspending operations in dozens of countries.

Her statement stressed that posts would not close, but didn’t provide a timeline for resuming operations.

As of September 2019, the service program run by the U.S. government said it operates in more than 60 countries and has more than 7,300 volunteers and trainees. Volunteers in China and Mongolia have already been evacuated over virus concerns.

The statement didn’t provide details about the evacuations and suspensions, which Olsen called “logistically challenging.”

The Associated Press receives support for health and science coverage from the Howard Hughes Medical Institute’s Department of Science Education. The AP is solely responsible for all content.