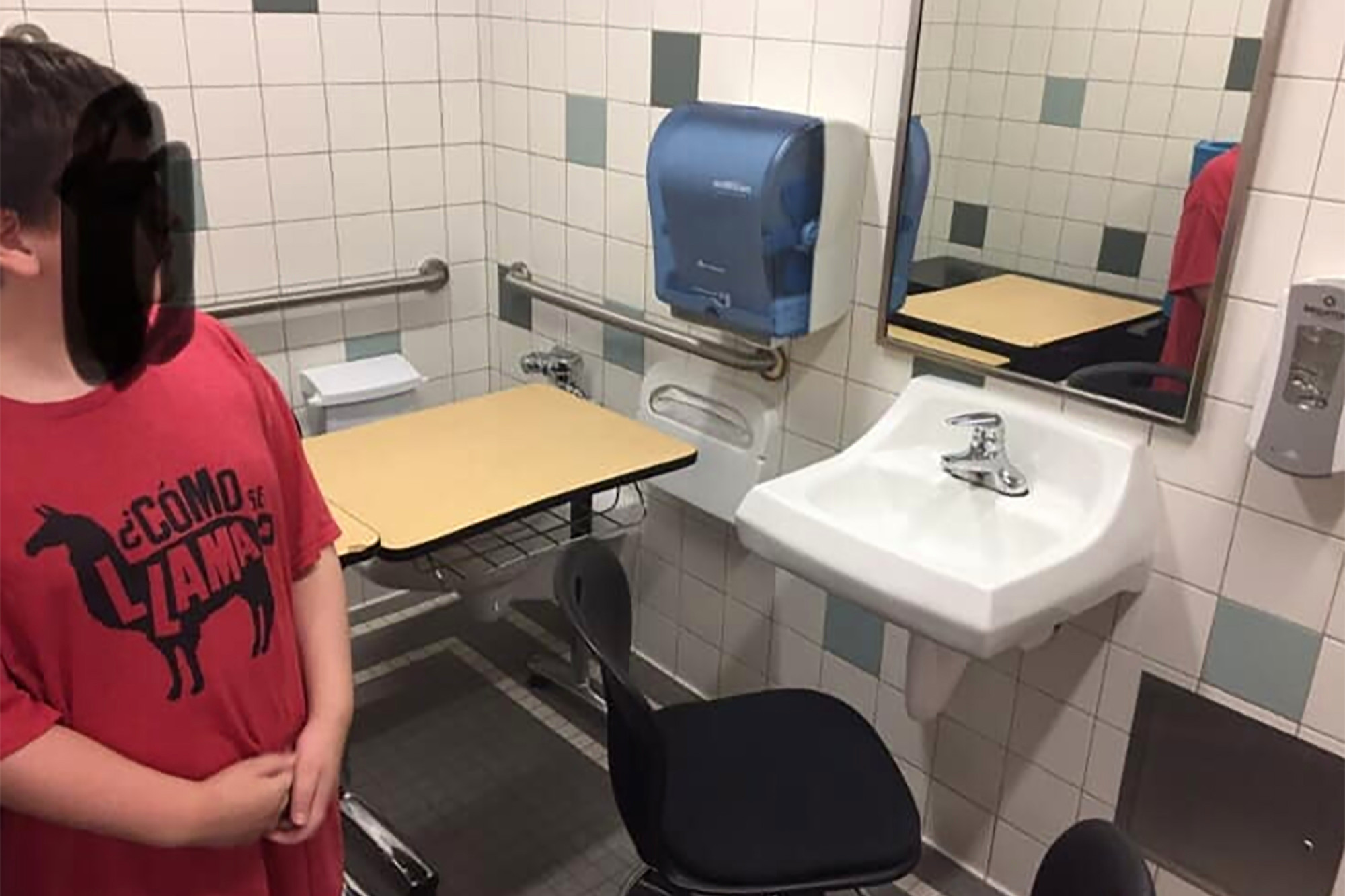 What a crap idea.

A Washington mother asked her autistic son’s teacher to give him a “quiet place” to work, only later to find out the 11-year-old’s desk was placed in the bathroom, reports CNN affiliate KOMO.

“I was stunned,” says Danielle Goodwin. “I was so shocked, I just took the picture because I didn’t believe what I was seeing.”

The picture, which Goodwin posted to Facebook, shows a desk placed over a toilet and a chair at a sink in a stall at the Bellingham school.

“She also provided a camping mat and pillow for him to nap… on the bathroom floor,” Goodwin writes in the post. “My son was humiliated, embarrassed and disgusted at this inhumane suggestion that he work in a bathroom,” adding that her son Lucas threw up from the anxiety caused by the situation.

Goodwin says her son has special needs and works best in peaceful spaces. When she asked if there was an alternative available, such as having Lucas work in the library, the teacher said no.

“I was like, how is this happening?” Lucas tells KOMO.

The bathroom is also particularly problematic for Lucas as he has an autoimmune disorder. “He can’t be around germs,” says Goodwin. “It smells and just the thought of my son working his school day away in a bathroom was disturbing to me.”

Bellingham Public School Superintendent Greg Baker defended the decision by the Whatcom Middle School teacher, saying the bathroom is “not an active restroom,” and that the school lacked space and funding to accommodate Lucas.

“We are all probably aware that state funding for schools is limited, particularly with regards to construction, and thus schools often have limited space to meet students’ instructional and social-emotional needs,” reads his statement. “My preliminary assessment is this idea was well-intentioned, but in the end we did not move forward with it.”

The Goodwins are now in the process of filing a lawsuit, CNN reports.

“This is the weirdest thing I’ve ever seen a school district do,” their attorney Shannon McMinimee says. “There’s a lot of different ways you can accommodate students with disabilities without humiliating them.”