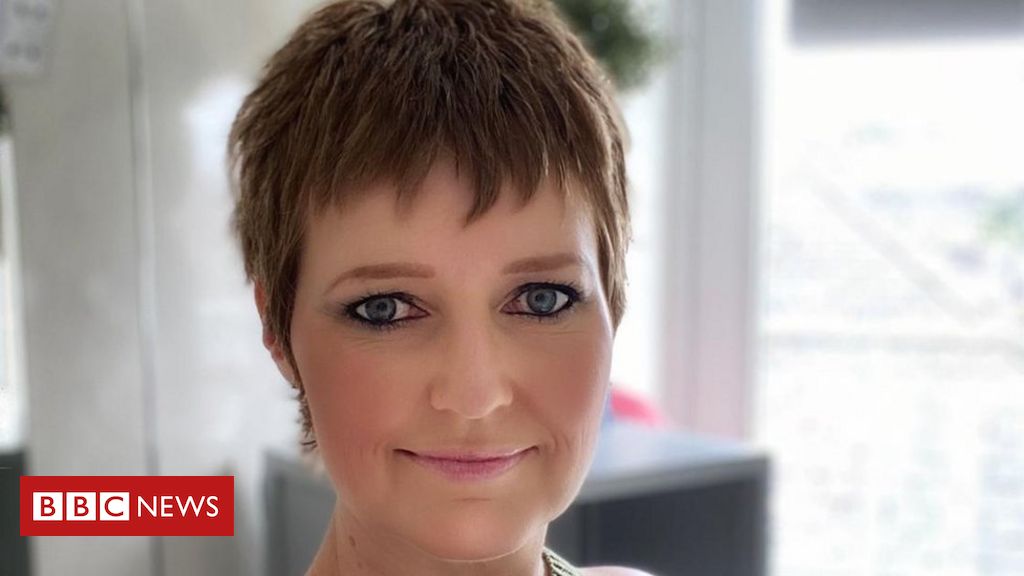 A woman who suffered years of mental health issues because of sunken chest syndrome has called on the NHS to make the corrective operation routine again.

Twelve surgeons are challenging NHS England after it stopped the routine surgery last year, claiming patients have been clinically depressed.

The NHS said evidence suggested there was limited psychological and physical effectiveness from surgery.

Sunken chest syndrome is a malformation of the chest wall caused by the breastbone sinking inwards.

Ms Van Der Merwe had corrective surgery in February after her doctor argued she needed it to fix a previous operation in South Africa.

She said as a teenager she would “would hide away quite a lot”.

“I didn’t want to be with anyone, I never smiled, I was odd and I had no confidence whatsoever,” she said.

“My friends would ask me: ‘How come you’ve got a hole in your chest?’

“I could never swim or undress in front of others. I became scared of people.”

Ms Van Der Merwe said GPs’ dismissal of her condition as a purely cosmetic one contributed to her anxiety as she felt like she “didn’t have a voice”.

She said surgery “helped her massively” as her heart was now in the right place, her chest was straight and she no longer had palpitations or breathlessness.

“Having the operation for me was crucial,” she said.

The NHS said in a statement the available evidence shows “there is limited psychological and physical effectiveness from this treatment, so apart from exceptional cases the NHS does not routinely offer these procedures.”

Ms Van Der Merwe urged the NHS to put surgery “back on the table” as “you cannot put a price on mental health”.

Dr Ian Hunt, 52, who works at St George’s Hospital in London, is leading a 12-strong group of surgeons challenging NHS England’s decision to stop routine surgery for those with sunken chest syndrome.

He said the NHS would only look at the physical impact of the condition instead of assessing patients “holistically”.

Dr Hunt said some of his patients have been “traumatised” by the condition, with some becoming clinically depressed.

He said providing surgery for the most serious cases would ultimately save the NHS resources as it would make it “much less likely” for patients to need mental health treatment in the future.

“I am often taken aback when we’ve corrected their chest – they come back and they’re different people,” he said.

“It’s just a recognition of how psychological wellbeing is important in terms of health.”

An NHS spokesman said it only offered the corrective operation in “exceptional cases”.

“The NHS leads the world on innovation and we will continue to test the most advanced procedures available, collecting real world evidence to ensure NHS patients receive world-class care while delivering value for the taxpayers’ pound,” he said.