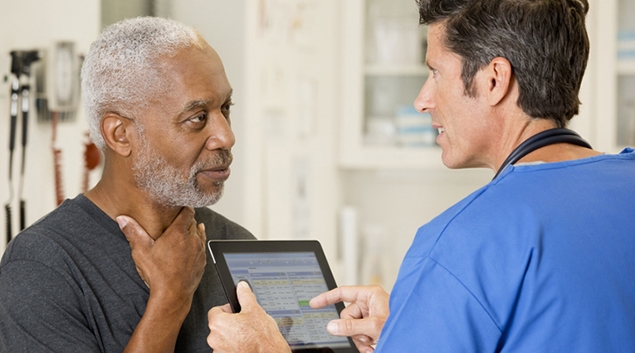 A new study finds racial bias in an algorithm from Optum that is widely used by health systems.

The algorithm helps hospitals identify high-risk patients, such as those who have chronic conditions, to help providers know who may need additional resources to manage their health.

The authors of the study published in the American Association for the Advancement of Science, said black patients assigned the same level of risk by the algorithm are actually sicker than white patients, but bias occurs because the algorithm uses health costs as the measure for health needs.

The algorithm predicts healthcare costs, rather than illness, the study said.

Less money is spent caring for black patients than for white patients, the authors said.

The authors estimate that this racial bias reduces the number of black patients identified for extra care by more than half.

Hospitals and health insurers use the algorithm to identify high risk patients by looking at their medical histories and how much was spent treating them. The algorithm can then predict those individuals who will likely have high costs in the future.

Optum is the business services arm of UnitedHealth Group.

“We appreciate the researchers’ work, including their validation that the cost model was highly predictive of cost,” Optum said by statement. “However, the use of the model by the health system customer and the conclusions of the researchers are misleading. The cost model is just one of many data elements intended to be used to select patients for clinical engagement programs, including, most importantly, the doctor’s expertise and knowledge of his or her patient’s individual needs.”

Although the population studied is entirely insured, there are many other mechanisms by which poverty can lead to disparities in the use of healthcare from geography and differential access to transportation, jobs or child care, or knowledge of reasons to seek care. To the extent that race and socioeconomic status are correlated, these factors will differentially affect black patients, the study said.

Secondly, race could affect costs directly via several channels such as direct discrimination and changes to the doctor–patient relationship. A recent trial randomly assigned black patients to a black or white primary care provider and found significantly higher uptake of recommended preventive care when the provider was black, the authors said.

This widely used algorithm is typical of the industry-wide approach and affects millions of patients, the authors said. Reformulating the algorithm so that it no longer uses costs as a proxy for need would eliminate the racial bias in predicting who needs extra care.

Remedying this disparity would increase the percentage of black patients receiving additional help from 17.7 to 46.5%, the study said.

The authors said this is one of the largest and most typical examples of a class of commercial risk-prediction tools that, by industry estimates, are applied to roughly 200 million people in the United States each year.

Large health systems and payers rely on this algorithm to target patients for high-risk care management programs to improve the care of patients with complex health needs by providing additional resources.

These programs as the cornerstone of population health management efforts, and are widely considered effective at improving outcomes and satisfaction while reducing costs.

Health systems are increasingly relying on data from algorithms and analytics to increase better health outcomes and to lower the cost of care.

The study’s lead author is Ziad Obermeyer, acting associate professor of Health Policy and Management and a physician and researcher at Berkeley Public Health. Co-authors are Brian Powers, Christine Vogeli and Sendhil Mullainathan.

“Thus, despite healthcare cost appearing to be an effective proxy for health by some measures of predictive accuracy, large racial biases arise,” the study said. “We suggest that the choice of convenient, seemingly effective proxies for ground truth can be an important source of algorithmic bias in many contexts.”

Optum said in an earlier statement: “Data and analytics help clinicians provide more effective patient care every day, and we are only scratching the surface of how they will help improve healthcare in the future. Predictive algorithms that power these tools should be continually reviewed and refined, and supplemented by information such as socio-economic data, to help clinicians make the best informed care decisions for each patient.  As we advise our customers, these tools should never be viewed as a substitute for a doctor’s expertise and knowledge of their patients’ individual needs.”