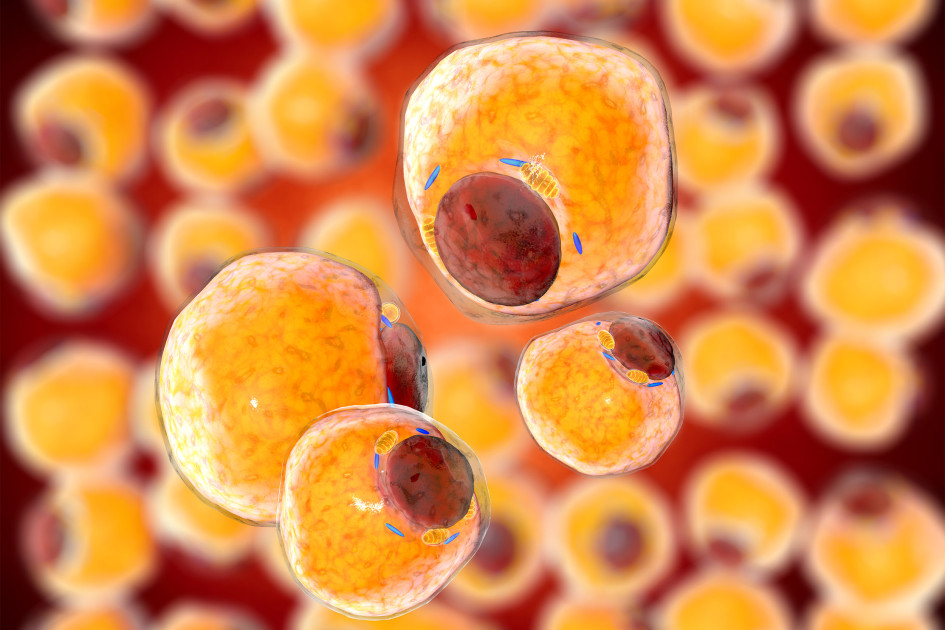 How cool is this: the Massachusetts General Hospital (MGH) laboratory that invented cryolipolisis or “Coolsculpting,” a popular nonsurgical method for reducing fat under the skin, is developing a new form of the technology that can selectively reduce fat almost anywhere in the body using a safe, injectable ice solution or “slurry.”

The technology, not yet approved for use in humans, is designed for removal of fat in the abdomen or other parts of the body — virtually anywhere that can be reached with a hypodermic needle.  Fat is a normal part of our bodies, but in excess or with some diseases can be life-threatening.

The new technique is described in a paper published online ahead of print in the journal Plastic and Reconstructive Surgery. As one of the reviewers of the paper said, “this treatment has the potential to become one of the most performed cosmetic procedures in plastic surgery practice.”

“The appeal of this technique is that it’s easy and convenient to do,” says lead author Lilit Garibyan, investigator in the Wellman Center for Photomedicine at MGH and the Department of Dermatology at Harvard Medical School. “With Coolsculpting, which is a topical cooling technique, the patient has to sit there for almost an hour for enough heat to diffuse from the fat underneath the skin. With this new technique the doctor can do a simple injection that takes just less than a minute, the patient can go home, and then the fat gradually disappears.”

Cryolipolysis is currently the leading noninvasive fat removal technology because of its minor side effects and noninvasive nature. The Coolsculpting method is limited, however, by the amount of fat that can be removed per treatment, and is not practical for reaching more deeply seated fat surrounding organs or other body structures.

“With this new technique the doctor can do a simple injection that takes just less than a minute, the patient can go home, and then the fat gradually disappears.”

The MGH team’s innovative spin on the technique involves the use of an injectable ice “slurry,” a sterile solution of normal saline and glycerol (a common food ingredient) containing approximately 20 percent to 40 percent small ice particles, similar in texture to slush. The solution can be injected directly into fat deposits, causing the fat cells (adipocytes) to crystallize and die and fat deposits to shrink. The killed adipocytes are gradually eliminated by the body over a period of weeks.  “One of the cool things about this is how the injected slurry causes selective effects on fat,” said Rox Anderson, a co-author and leader of the Wellman Center. “Even if the slurry is injected into other tissue such as muscle, there is no significant injury.”

As the investigators report, injection of the ice solution into pigs resulted in a 55 percent reduction in fat thickness compared to that of pigs injected with the same but melted ice solution.  There was no damage to skin or muscle at the injection site, and no systemic side effects or abnormalities seen.

Unlike topical cooling, slurry injection can target and remove fat tissue at essentially any depth and any site that can be accessed by a needle or catheter. Injection of physiological ice slurry could be a transformative method for nonsurgical body contouring.

Other authors of the Plastic and Reconstructive Surgery paper include Sara Moradi Tuchayi, Emilia Javorsky, William A. Farinelli, Ying Wang, Martin Purschke, Josh Tam.  The research was done at the Wellman Center at MGH and the Department of Dermatology at Harvard Medical School, Boston, Peiyun Ni from Harvard Medical School, and Christine G. Lian from the Brigham & Women’s Hospital Department of Pathology.

Disclosure: Anderson, Farinelli, Garibyan, and Javorsky are inventors in patents related to this work, which are owned by the Massachusetts General Hospital. Javorsky currently works for Arctic Fox Biomedical, which has licensed the patent for this invention to develop into a commercial product. The inventors have received part of a license fee according to institutional policy. The authors declare no other competing interests. This research was supported by sundry funds.