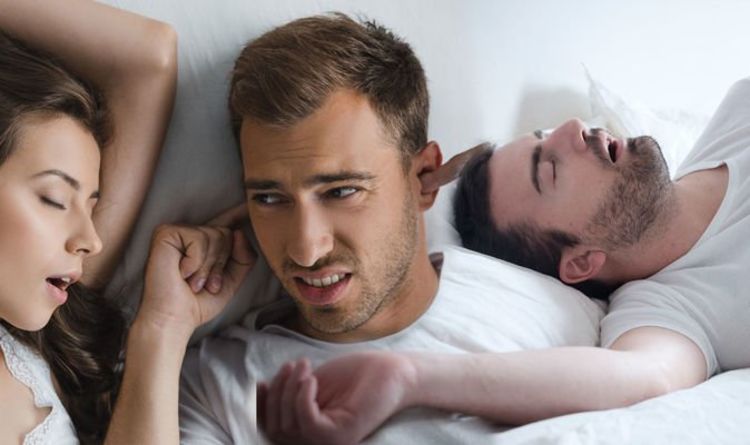 Most people are likely to snore at some point in their lives but it’s still important to understand why it’s happening and what treatments are available. Snoring occurs more frequently in men and people who are overweight. Snoring is often due to obstructive sleep apnea which is characterised by episodes of interrupted breathing during sleep which leads to regular nighttime awakenings and could be linked to further health problems. Snoring can be due to a range of factors, such as whether the snorer is overweight, has a cold, sleeps on their back or has been drinking alcohol.

When it comes to snoring, it’s usually the person sleeping next to them that has the most trouble getting a full night’s rest.

Studies have shown that a person is woken up an average of 21 times an hour, nearly as often as the 27 times the snorers were awakened by their sleep apnea episodes.

A study by the US National Library of Medicine National Institutes of Health looked at the effect of snoring and obstructive sleep apnea on the sleep quality of bed partners.

Ten married couples were evaluated looking at their sleeping patterns.

The study concluded that the elimination of snoring and OSA were associated with an improvement in the quality of their bed partners’ sleep and experienced an improved sleep efficiency.

There was a 13 per cent improvement in sleep efficiency which translates to an additional 62 minutes of sleep.

In a 2003 study, noise-induced hearing loss in snorers and their bed partners was evaluated.

If your BMI is too high, losing weight through good diet and exercise is likely to reduce snoring significantly.

This is because snoring happens due to a narrowing of the airways whilst a person is asleep.

Carrying too much pounds puts extra weight around the neck and throat and presses down on the airways which leads to narrowing and snoring.

If you regularly sleep on your back, it might be time to switch to your side or front.

This is because when you sleep on your back, your tongue flops backwards and can partially block your throat. This in turn restricts air flow causing snoring.

Alcohol relaxes muscles and as a result, these muscles collapse onto the airway, restricting airflow and causing snoring.

Exercise helps with weight loss and aids in a restful sleep with reduced snoring.

Exercise also boosts muscle tone, helping your that and soft palate to retain their shape as a person sleeps.

If you’re dehydrated, the mucus in the body is more likely to collect in the throat and mouth which in turn can block the airways and make a person snore.

Dairy products including milk, cheese and cream have been recommended to stay away from for snorers because it leaves a layer of mucus which coats the airways leading to snoring.

Anti-snoring pillows are specially designed to keep a person’s airways open as they rest.

These pillows aid in peaceful sleep by aligning the neck, jaw and throat, as well as the spine.

The NHS said: “There are a range of stop-snoring treatments and devices on sale.

“These include nasal strips, which open the nostrils wider, throat sprays and devices known as mandibular advancement devices which reposition the jaw to improve airflow.”