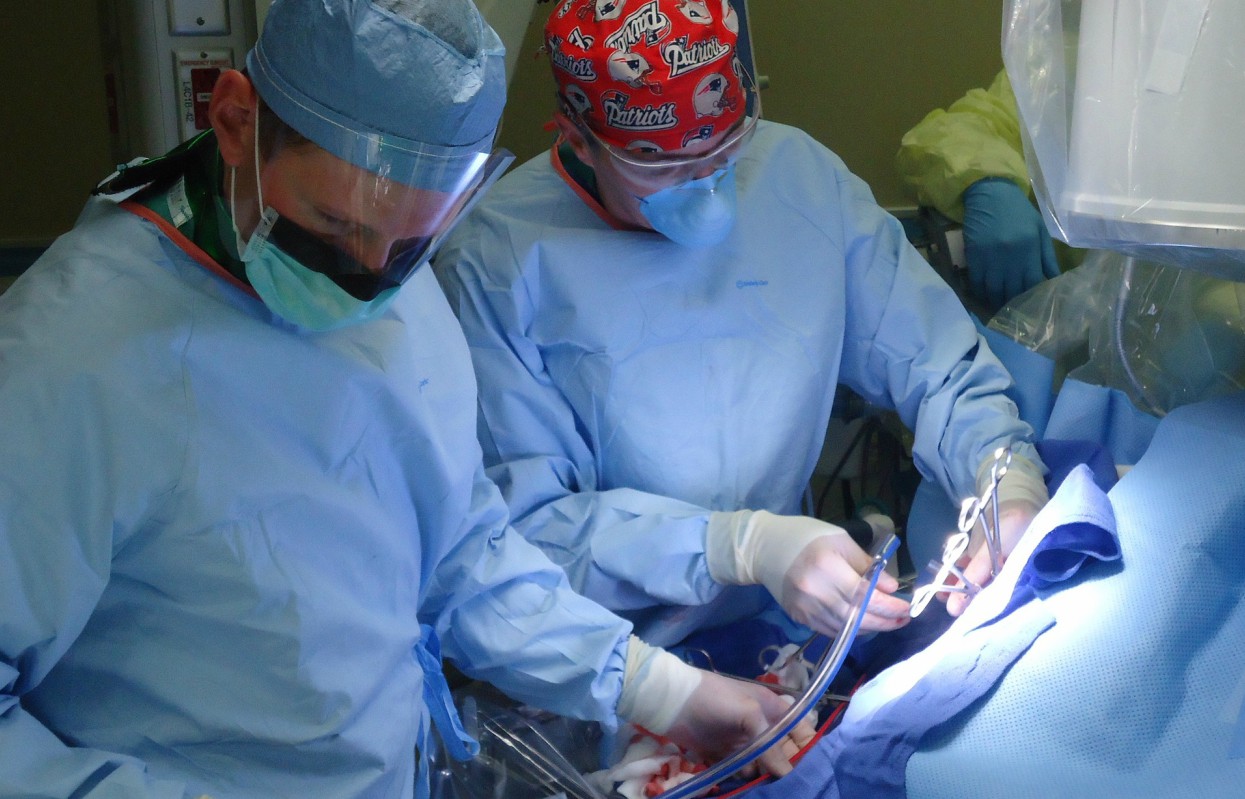 A 68-year-old man from Los Angeles has made medical history by becoming the first African American to receive a full face transplant.

In July, Robert Chelsea also became the oldest patient to undergo the surgery, which was performed at Brigham and Women’s Hospital in Boston, NBC News reports.

“May God bless the donor and his family who chose to donate this precious gift and give me a second chance,” Chelsea said in a statement. “I am overwhelmed with gratitude and feel very blessed to receive such an amazing gift.”

Chelsea suffered burns over 60% of his body and face in 2013 after a drunk driver slammed into his car, sparking a fire. He received a face transplant in July, according to a press release from the hospital.

Two months after the procedure, doctors noted that Chelsea is “progressing and recovering remarkably fast.”

The world’s first full-face transplant on an African-American patient was successfully performed at @BrighamWomens and the patient, Robert Chelsea, was also the oldest person to receive a face transplant. https://t.co/rJnGixOkDA #boston25 #brighamandwomens #facetransplant pic.twitter.com/sl7Z6C7vux

Chelsea was put on the face transplant waiting list at Brigham and Women’s Hospital in 2018. Doctors had to wait until they found a donor with a matching skin tone before they could perform the procedure.

“It is vitally important for individuals of all races and ethnicities to consider organ donation, including the donation of external grafts, such as face and hands,” Alexandra Glazier, president of the New England Donor Services, said in a statement.

“Unlike internal organs, the skin tone of the donor may be important to finding a match.”

In a story published in TIME magazine, reporter Jamie Ducharme noted how Black Americans are less likely than white folks to donate their faces for transplants, and a deep-rooted mistrust of the healthcare is often reason why Blacks are hesitant to volunteer for medical studies, the report states.

“We are a lot more hesitant to be a donor,” Chelsea told TIME. “It causes us to lose out when we need a kidney or a liver or a lung.”

Bohdan Pomahac, director of plastic surgery transplantation at Brigham Health, said in the press release that “We are looking forward to seeing a significant improvement in Robert’s quality of life.”