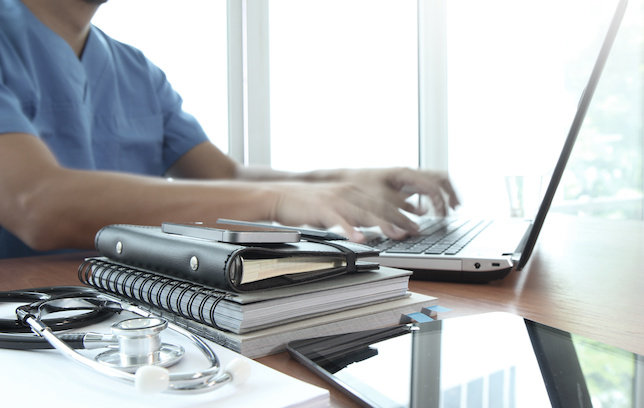 Pending results of the California Practice Standards and Jurisprudence Exam (CPJE) have been invalidated for 1400 applicants that recently took the test. According to the California Board of Pharmacy (CBP), these potential pharmacists are being impacted by leak of more than 100 CPJE questions prior to the test being administered.1-4

Some impacted test takers have been speaking out, stating that they have lost out on wages and job opportunities as a result of their exam being invalidated. And, in some cases, they must now find ways to prepare for their student loan payments to begin before they are able to afford them.1-3

One such applicant is Steven Nassar, who told the Los Angeles Times that he had lined up a position with a major health care provider, but lost the opportunity when the results from his July exam did not come through by September.1

“It’s hard to come by these kinds of positions, and it’s frustrating that we have to go through this,” Nassar said in an interview with the Los Angeles Times.1 “And then with our loans kicking in in November for most of us, it’s daunting.”

In response to the matter, the California Pharmacists Association sent a letter to the CBP, stating that the “broad and over-reaching” method of action taken did not reflect the board’s mission “to protect and promote the health and safety of Californians […] through education, communication, licensing, legislation, regulation, and enforcement.”2

“By further delaying the licensure of otherwise qualified and ethical pharmacists to provide the highest quality pharmacists’ care, the Board is shirking its responsibility to the consumers of California,” wrote Joh R. Roth, MS, CAE, CEO of the association, in the statement.2

In response to criticism, CBP released a statement on Wednesday, stating that in order to comply with the Board’s mission, the examination must be “psychometrically sound, valid, and reliable in order to be a measurement of competency.” Because the examination was compromised, due to the sheer amount of questions leaked, CBP officials said they felt it necessary to invalidate the scores.4

In an effort to get applicants their score results’ as quickly as possible, CBP has mailed letters to pharmacist applicants who took the invalidated CPJE for retaking the exam—at no cost—on either November 16 or November 17, 2019. CBP is currently examining possible dates in December for those who cannot make the November dates, but those dates have yet to be finalized.4

“We are encouraging people whose test was invalidated to sign up,” said Bob Dávila, the director of PR & Communications for CBP, in an interview with Pharmacy Times. “Fees for these exams are being waived of course, and we are going to be making every effort once the exams are taken to get them scored and get those scores to the applicants as quickly as possible.”

According to Dávila, this is the first time that there has been cheating of this magnitude.

“The scale of the cheating was widespread, so that is why we determined the exam had to be declared invalid,” he said. “We certainly don’t have any record of any test having cheating on this scale. To my knowledge, we have never invalidated an exam for widespread cheating. This is certainly something new.”

Taylor Yasunaga, a pharmacy resident at Santa Clara Valley Medical Center, told Fox 26 said that the invalidated results caused her to go through her time in residency without a license, hindering what she is able to do during her time there.3

“The board initially told us that the delay in scores were due to the high number of applicants and test takers, then a few months later they came out with the cheating statement,” said Yasunaga, in an email reported by Fox 26.3 “I am also interested in doing a second-year residency, and applications are coming up. I have been stressed with trying to deal with this, and have also had a suboptimal experience at work due to not being licensed.”

According to Dávila, the CBP is a consumer-protective agency of California first and foremost.

“Our mission is to protect consumers and to ensure that the patients receive comprehensive pharmacy care, and this CPJE exam is a critical tool we use to measure the competency of applicants for pharmacists’ licenses. So, in the exam that we give, if we don’t have faith in it, the exam is declared invalid,” he said.

However, Dávila also acknowledged the impact of the invalidated exams on those applicants.

“It’s caused a lot of disruption in people’s lives, and their career plans, and in many other areas of their lives. Of course, we’re terribly sorry for the situation that we’re all in,” he said.