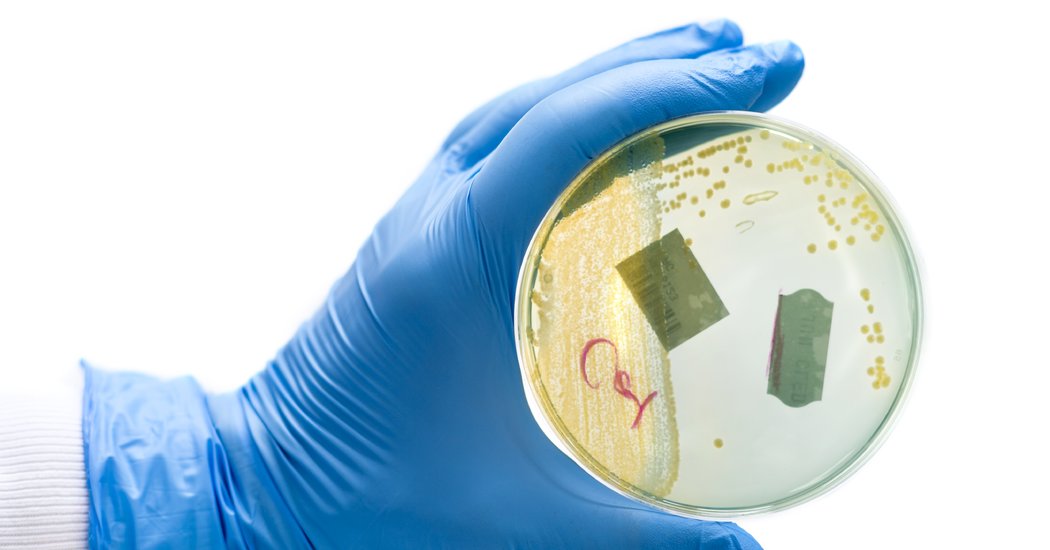 The rise of drug-resistant urinary tract infections has been particularly burdensome for the significant subset of people who suffer from them on a regular, recurrent basis. These individuals, mostly women, can wind up on a carousel of antibiotics, sometimes the wrong ones, and many experiment with homeopathic alternatives that have not been scientifically validated.

These themes were echoed widely in accounts offered by readers of The New York Times in response to a recent article about the rise in U.T.I.s (as they are known) that are not cured by a growing list of commonly-used antibiotics. Nearly 600 people responded to the paper’s invitation to share their experiences with these infections.

As an alternative to antibiotics, some readers mentioned they have found relief using a supplement called D-mannose. This compound is a simple sugar, like glucose, that can adhere to bacteria, notably E. coli, which cause the majority of U.T.I.s of the bladder. By doing so, the supplement is intended to interfere with the germ’s ability to adhere inside the bladder and grow into an infection.

D-mannose has provided hope to Margaret Finnegan, 67, from Charlotte, N.C., who seemed at wit’s end over persistent U.T.I.s “My urologist failed to culture a urine specimen and wound up with an antibiotic resistant UTI,” she wrote. “I was referred to an infectious disease specialist who couldn’t see me for a week! I was already in pain for 3 weeks!”

“Finally I was given a very strong antibiotic,” she continued. “I still had the U.T.I., was put on another one and finally cured. I’m now on a low dose antibiotic for 6 months. I’m taking a probiotic and D-mannose to help fight this.”

In reality, there is only modest science to support the use of D-mannose to combat urinary tract infections. Among the research, a small pilot study from Italy said the compound showed “promising results,” but multiple experts in the field said research does not support reliance on the compound for prevention or cure. Also, D-mannose can have side effects: it can cause loose stools, and, because it is a sugar, it creates risk for diabetes, noted Dr. Lee Riley, a professor of epidemiology and infectious diseases at the University of California, Berkeley.

“It is option four or five to reach for when someone says, ‘What else can I do?’” said Dr. Dimitri Drekonja, a specialist in infectious diseases and U.T.I.s at the University of Minnesota Medical School.

The rise of drug resistance in the germs that cause U.T.I.s does not mean that these infections are untreatable. Rather, it leads to higher hospitalization rates and complications. It also creates a societal risk because overall resistance can grow when antibiotics are overused, for example when someone with a U.T.I. is prescribed the wrong medication and has to take more than one course of antibiotics.

This has intensified a debate over whether to regularly encourage doctors to culture a patient’s urine to determine which germ is causing the infection, and which drug can best treat it.

Cece Turner, 30, who described herself as a “healthy mum” from Scotland, wrote that she had learned the hard way to seek a culture after a harrowing first experience with a U.T.I. two years ago.

She said that she “blindly followed orders, taking drug after drug with no reprieve.”

“I ended up being severely ill with a multi-drug resistant infection,” she continued. “Having tried 6+ different courses of antibiotics over the course of 4 months, my U.T.I. was eventually ‘cured’ in July by a 2 week course of antibiotics.”

Less than a year later, she got a second U.T.I. “This time,” she wrote, “I was a bit more savvy and demanded a culture immediately.”

Doctors and researchers interviewed agreed that in an ideal world, it would be great to culture each infection for possible infection. But that is far from realistic because cultures cost money and take time, discouraging doctors, labs and insurance providers, and also because the usual practice is to quickly treat urinary tract infections with antibiotics.

Read More:  Why are diabetics prone to kidney infections

Dr. Eva Raphael, a physician at San Francisco General Hospital who does research on U.T.I.s, said cultures should be taken more often. “Yes, it takes manpower to send a urine culture, plate it, identify the colonies,” she said, but she added that she believes it’s worth doing “if we’re going to be judicious about the use of antibiotics.”

It might hearten some readers to know that the rise in resistance has spurred policymakers to think about whether to make getting cultures more standard. Dr. Drekonja, who is involved in discussing those kinds of issues with the Infectious Disease Society of America, said: “I suspect it will be addressed in the next version of U.T.I. guidelines,” although it is not clear when those will come out or what they will say.

Many readers who responded to The Times query were woman in their 50s or older. Women who are postmenopausal are particularly susceptible to urinary tract infections because their falling levels of vaginal estrogen can interfere with the body’s ability to fight off bladder infections.

The other peak period for U.T.I. infections for women is after puberty, during sexually active, child bearing years. Katrina Ramirez, 28, wrote that when she was in college at the University of Kansas, she experienced “a U.T.I. that did not respond to three different rounds of antibiotics.”

“It got so bad that I was out of school for months and had to get a medical withdrawal,” she said.

After moving to Chicago, she said she was getting the infections twice a year. “At one point I went to an E.R. five or six times in a year!”

She said the problem has subsided now that she is working in the Peace Corp at the border of the Dominican Republic and Haiti. “I get U.T.I.s much less frequently right now since, due to the logistics of my position, I am woefully celibate.”

Many readers wrote with stories of excruciating frustration, and some with the sort of life-threatening infections doctors fear could worsen in an era of drug resistance.

Aranzazu Dobbels Busto, 23, a native of Spain who lives in London, wrote that she got her first U.T.I. in 2015 and had a total of 10 that first year. “Four years later U.T.I.’s are still something I am constantly battling with,” she wrote. “The amounts of antibiotics that I have put my body through,” she continued, “have given me bad stomach problems to deal with. Additionally, it affected my intimacy with my partner, as I was always scared that anything we did would lead to a U.T.I. It has affected other parts of my life as well, such as attending university and going to work.”

“The frustration I have felt throughout the last four years is difficult to describe to someone who has never had a U.T.I.”

It is not only women who are at risk. Andrew Stephens, from Bakersfield, Calif., described the heart-wrenching experience of his son, who contracted a highly-drug resistant U.T.I. a week after birth.

“Luke is now 6 years old and a great joy, challenge, and everything a wonderful son should be,” Mr. Stephens wrote.

He said he partly blames overuse of antibiotics in livestock for the drug-resistant illness. “It’s not worth squandering our antibiotics on slightly reducing the price of meat.”