She conquered the OTT platform from its nascency to glory! Additionally, Rasika Dugal has crafted a rich career arsenal of films, theatre, short films, television and web series that is aptly and deftly complemented by a fashion arsenal that’s versatile but yet so sorted. Whether it’s the unconventional roles that she essays with utmost conviction or raising the sartorial bar with every appearance, Rasika does it all with subdued aplomb. A petite beauty, Rasika exemplifies an innate understanding of cuts, silhouettes and hues that flatter her to the T. A recent style of hers saw her balance out the browns in one sleek vibe. Styled by Sahil Gulati, the separates from the homegrown label, The Notebook was aided by brown pumps and a befitting glam. With varying shades of nude colour staples now becoming a wardrobe staple, starting from beige, cream, brown and everything in between Rasika oozed understated elegance with her interpretation.

A modern woman to reckon with, this mathematics graduate from Delhi’s Lady Shri Ram College has kept the fashion lovers and critics alike delighted with her chicness. Here’s a closer look. Rasika Dugal Is Sorted, Humble, Content and Chic As the Cover Girl of Bollywood Film Fame Canada!

An ensemble featuring a high neck dark brown shirt and khaki brown pants by The Notebook was complimented by brown pumps, centre-parted wavy hairdo, subtle nude glam. Rasika Dugal Etches the Journey of Passion With a Shot at Home Cover for Candy Magazine! 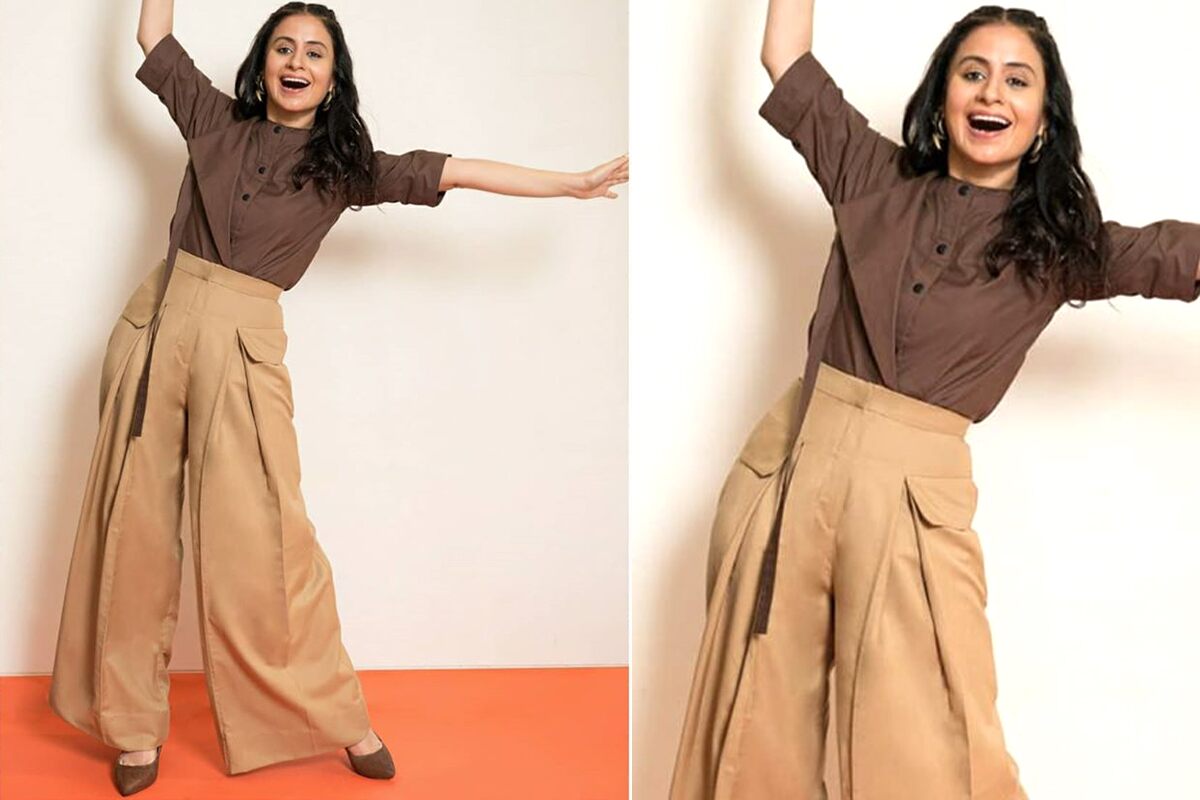 On the professional front, Rasika was last seen in the comedy-drama, Lootcase alongside Kunal Khemu, Vijay Raaz and Ranvir Shorey in supporting roles. She will also be seen in Darbaan, a drama also featuring Sharib Hashmi, Sharad Kelkar, Flora Saini and Harsh Chhaya that follows the story of a master and his caretaker. She was also seen in A Suitable Boy, a drama miniseries written by Andrew Davies, adapted from the novel of the same name by Vikram Seth, directed by Mira Nair and starring Tabu, Ishaan Khatter, Tanya Maniktala, Rasika Dugal, and Ram Kapoor. The series follows the story of spirited university student Lata (played by Tanya Maniktala), coming of age in North India in 1951.

(The above story first appeared on LatestLY on Oct 22, 2020 12:16 AM IST. For more news and updates on politics, world, sports, entertainment and lifestyle, log on to our website latestly.com).