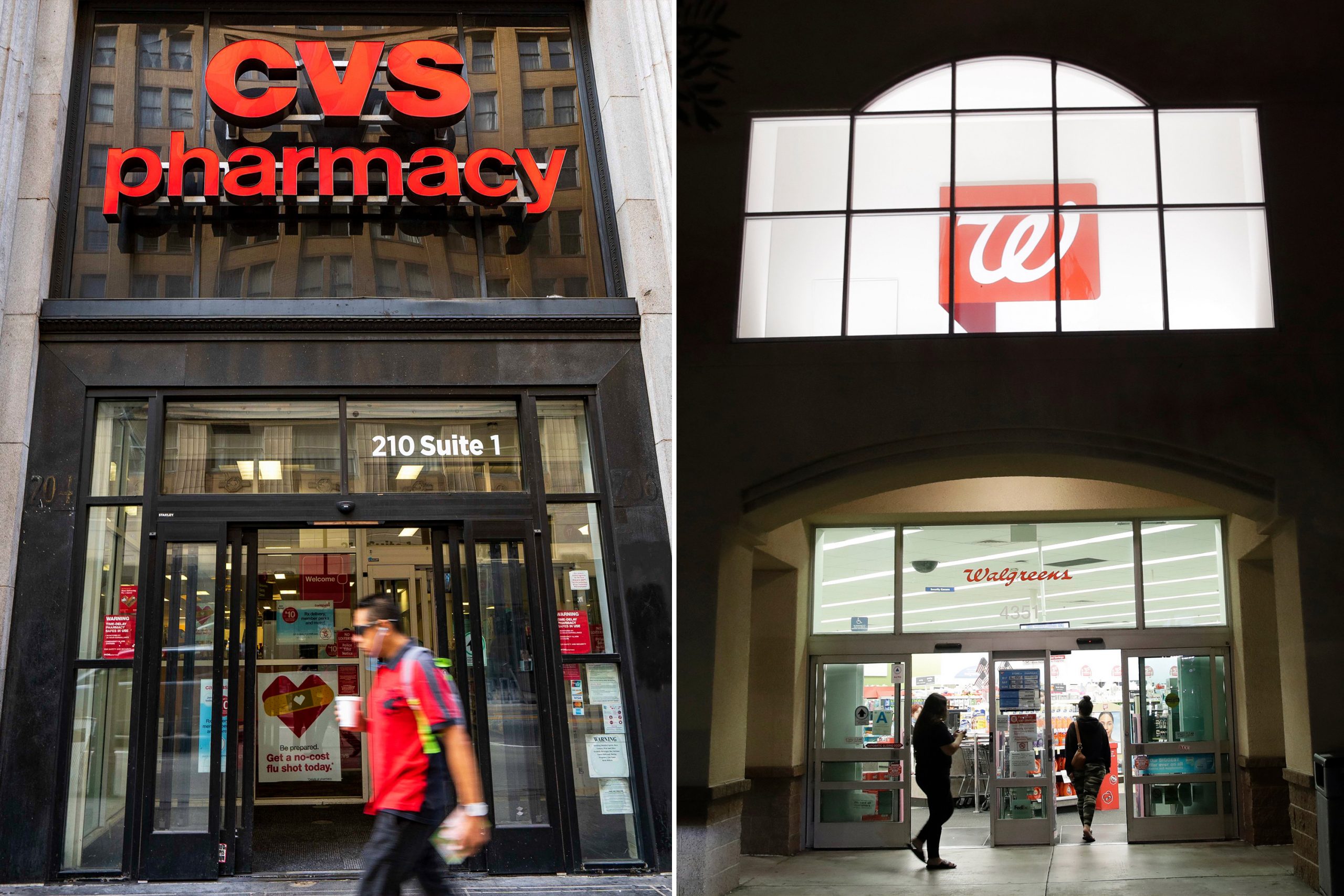 Four major national drugstore chains are suing doctors in Ohio for fueling the opioid crisis by overprescribing highly addictive pain killers — as the pharmacies themselves face blame for it, according to a report Wednesday.

Pharmacies including Walgreens, CVS, WalMart and Rite Aid — which are also being sued over the epidemic by two counties in the state  — claim local doctors are actually the ones responsible for the public health nightmare, The Hill reported.

“While pharmacists are highly trained and licensed professionals … they do not write prescriptions,” attorneys for the pharmacies wrote in the suit, according to the outlet.

The drugstore chains claim that Summit and Cuyahoga counties failed to sue local doctors and independently run “pill mills,” which they say are truly at fault.

“In a misguided hunt for deep pockets without regard to actual fault or legal liability, Plaintiff has elected not to sue any of these other parties,” the drugstores say in the suit, which was filed in federal court Monday.

It notes that the lawsuit against the pharmacies, “fails to identify even one prescription that was supposedly filled improperly by any pharmacist” at any of the chains, according to the outlet.

It also claims that many of the “unscrupulous pain clinics” — which allegedly provided between 40 and 60 percent of the opioids dispensed in the area  — should be held responsible.

But lawyers for some of the plaintiffs said many parties are to blame, including pharmacies.

“We have demonstrated and will continue to show that the origins of the opioid crisis and the fuel that spread the epidemic can be traced back to the behavior and practices of corporations in the drug supply chain. Without widespread wrongdoing by the opioid industry — including pharmacies — we would not be in the place we are today,” the attorneys said in a statement, according to The Hill.

“Pharmacies saw the devastating consequences of this public health crisis firsthand and we will show they did little to nothing to address them.”

In total, the massive federal trial includes more than 2,000 cases brought by counties and cities against opioid manufacturers, distributors and pharmacies. They have all been grouped into a “multidistrict litigation” lawsuit in Cleveland as a test of how the plaintiff arguments will measure up.

The plaintiffs seek damages for the consequences of the opioid epidemic, which has killed more than 200,000 since 1999.

The trial for the pharmacies is scheduled to begin on Oct. 13, and the judge has urged all parties to settle.