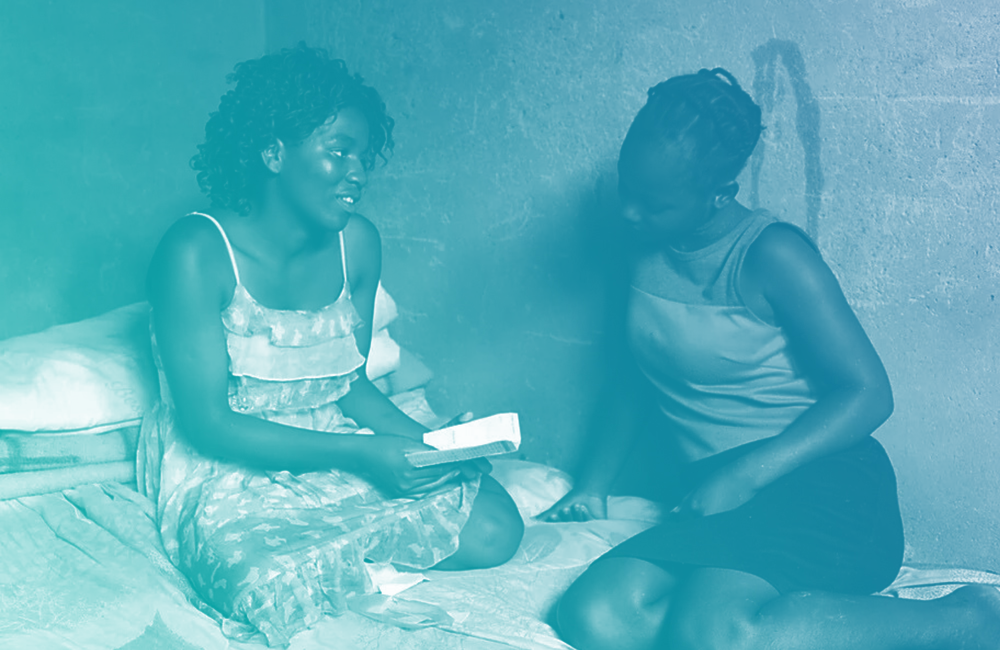 A peer-led, community-based intervention with multiple components resulted in a 42% reduction in virological failure or death among adolescents living with HIV in rural Zimbabwe compared to adolescents following standard public sector care at 96 weeks follow-up.

These findings from an international team led by Dr Webster Mavhu of the Centre for Sexual Health and HIV/AIDS Research in Harare were published this month in The Lancet Global Health.

As a result of this cluster-randomised controlled trial – undertaken in a real-world, resource-constrained setting – the Zvandiri intervention has been scaled up in Zimbabwe and adapted and implemented in Eswatini, Mozambique, Nigeria, Rwanda, Tanzania and Uganda.

The numbers of adolescents living with HIV will continue to grow as those infected perinatally survive into adolescence. Adolescents have the highest rates of dropping out of HIV treatment and care, resulting in higher rates of treatment failure, disease and death.

A patient’s regular and ongoing engagement with medical care at a health care facility.

A group of participants in a trial who receive standard treatment, or no treatment at all, rather than the experimental treatment which is being tested. Also known as a control arm.

In HIV, refers to the act of telling another person that you have HIV. Many people find this term stigmatising as it suggests information which is normally kept secret. The terms ‘telling’ or ‘sharing’ are more neutral.

The World Health Organization (WHO), even in the absence of strong evidence, recommends community-based interventions for adolescents to support antiretroviral therapy (ART) adherence and retention in care. WHO considers Zvandiri (‘As I am’) a best practice programme.

The intervention’s goal is to improve the wellbeing of adolescents living with HIV and their engagement with services across the HIV prevention and care continuum.

The authors evaluated its effectiveness on HIV-related clinical and psychosocial outcomes among adolescents living with HIV in Zimbabwe. They also conducted a process evaluation, involving in-depth interviews with trial participants, caregivers and those implementing the interventions, as well as observation of meetings.

The frequency of contact was based on individual assessment. Adolescents with well-controlled HIV and good attendance had monthly home visits and weekly individualised text messages with motivational reminders regarding adherence and appointments. Additional home visits occurred when appointments were missed.

Caregivers were invited to a 12-session caregiver support group.

Read More:  Could Assisted Living Help Your Loved One Suffering from Alzheimer’s or Dementia?

The intervention had a favourable effect on all secondary outcomes (related to retention, mental health and quality of life), although the differences were not statistically significant.

Cost analysis suggests incorporation of the intervention would triple costs. Economies of scale may be achieved through providing ART and the intervention to greater numbers of adolescents.

Process evaluation data showed that the multi-component intervention addressed the difficult contexts in which adolescents deal with adherence. It provided adolescents with a supportive peer network and a more receptive household, the authors note. Adolescents were able to benefit from continual support to drive and sustain behaviour change.

Having the community adolescent treatment supporters in local clinics had a positive influence on other healthcare workers, creating a more open and receptive environment.

Previous studies have shown how text-messaging supports adherence. However, in this rural setting electricity cuts and mobile network problems meant messages were not always sent. Adolescent treatment supporters also used coded messages for each adolescent so that messages would not result in unintentional disclosure. Sixty-eight per cent of the adolescents had not disclosed their HIV status for fear of rejection.

Given the evidence of this differentiated service delivery model’s effects, the authors of a commentary highlight five important lessons.

Dr Mavhu and colleagues believe these findings support further scale-up across the region and can “inform policies and standards of care for young people with HIV in Zimbabwe, regionally and internationally.”

They conclude “community-based interventions are likely to make a substantial contribution to the UNAIDS 90-90-90 targets if they offer differentiated services, are youth-led and are multi-component.”