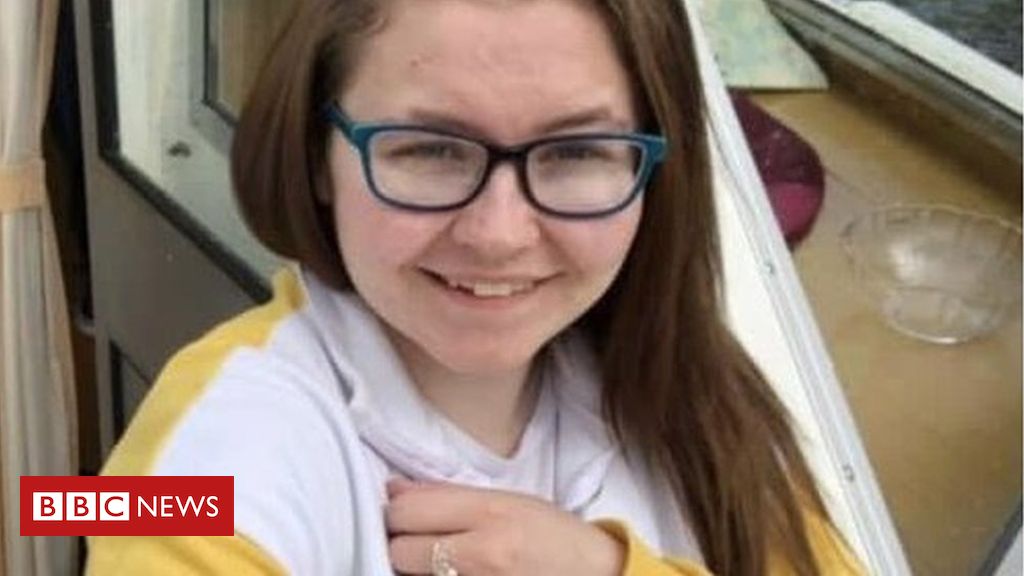 Patients who cannot eat have told BBC News they are petrified and fear for their lives after problems making their replacement nutrition.

They are completely dependent on bags filled with a liquid that contains everything their body needs and is infused directly into the bloodstream.

The NHS in England has described the issue as a national emergency.

“My life is in a lot of danger right now,” Lauren Mitchell, 21, from Stansted, Essex, told BBC News.

She was born with chronic intestinal pseudo-obstruction.

It means the muscles that should push food round her digestive system do not work and her meals would just sit on her stomach.

Lauren has been kept alive by total parenteral nutrition (TPN) since she was seven years old.

It was manufactured by the company Calea and is tailored to the needs of her body so it contains precise quantities of vitamins, minerals, sugars, fats and proteins.

Five nights a week, she connects a 2.7-litre (4.7-pint) bag to a tube that slowly releases the contents into blood at her heart. It takes between 12 and 16 hours.

She used to have a weekly supply of TPN delivered on Thursday mornings – but six weeks ago her deliveries were late and then there was none at all.

Two weeks ago, she said, her account with Calea had been suspended.

The reason goes back to an inspection of Calea’s manufacturing site in Runcorn, Cheshire, in June.

The medicines safety body – the Medicines and Healthcare Regulatory Agency – found bacterial contamination in the production area and said the facility’s manufacturing processes did not meet guidelines the MHRA had set out in 2015.

Read More:  Know Your Girls: Breast cancer survivor diagnosed at 16 shares her story to help Black women save their own lives

No contaminated bags were discovered but the MHRA said there was a potential risk to patients.

The MHRA said: “When our inspectors identified this issue, we requested that Calea take immediate action to change their manufacturing process to ensure compliance with the MHRA’s published standards.

“This has led to a reduction in output while they consider longer term changes to their processes.”

Calea sources said it had stopped supplying 511 of its patients, chosen based on their medical need in consultation with the NHS.

Normal service would not resume until “towards the end of the year”, they added.

Lauren is no longer receiving the TPN bags tailored for her. Instead, she is being supplied with an “off the shelf” alternative.

“The consequence of that is it has made me very ill,” she told the BBC’s Victoria Derbyshire programme.

“This is a national crisis,” she said.

She told the BBC News website: “If diabetics’ insulin was taken away, then there would be uproar – but because no-one knows what TPN is, no-one’s bothered and no-one knows how serious this is.

“This is our lives on the line here and we need answers and something to be done about it.”

Keith Millen, 48 from Bridgend, is also dependent on TPN, because of a fistula that means food “pours straight out” of his digestive system.

He has also been hit by the supply problems since the MHRA inspection.

“For 10 days I had nothing, all I had to go on were litre bags of saline [salt water],” he told BBC News.

“There was nothing, no explanation.”

It left him “knackered” and, Keith said, all he could do was sleep.

“You are that dependent on these bags – if they don’t come in, then it’s hospital, that’s it.

“It’s petrifying, it’s so scary… I’ll die, I know it sounds dramatic but they’re playing around with what I need to survive.”

Keith’s doctors eventually managed to get him on the limited list of patients Calea is still manufacturing the nutrition replacement bags for.

Letters, seen by the Health Service Journal, show NHS England has declared a national emergency over the issue.

“We realise that the disruption presents a clinical risk and have been careful to try and balance the risk of contamination and sepsis against the risk of supply disruption, which we know has already had a significant impact,” Dr Aidan Fowler, national patient safety director, wrote.

“This is a difficult balance but we are of the view that the manufacturing changes are necessary to ensure safe supply now and in the long term.”

A Calea representative said: “Supplying patients is Calea’s number one priority and we apologise to patients and their families for the distress caused.

“We are fully committed to… return to usual and reliable supply levels as quickly as possible during this challenging period.”