But Joyal and Oriol realized that much would translate to a remote experience. The videoconferencing platform allows students to collaborate and brainstorm ideas, as they would in person. The scrubs and stethoscopes the program would normally hand out are easily mailed. And the experienced, energetic instructors would still ensure that students’ attention wouldn’t flag, as they pepper them with questions and draw in even the class’ quieter students.

“There is a mystery to solve with each patient and we want them to solve the mystery,” Kennedy said.

Oriol and Joyal also found the online format had unanticipated benefits. It forced them to exchange the medical training dummy they had been using for a human actor — Joyal — which gave students the ability to interview the patient directly and for Joyal to offer as much or as little information as needed. She can guide the students forward or stump them, forcing them to put their heads together and figure out another likely path. She can also give the students a jolt by flopping over mid-sentence, as she did in Bettie Smith’s mock heart attack.

A second benefit, Oriol said, is that the online format opens up the program to students far beyond Greater Boston.

“This is more than just making the best of a bad situation,” Oriol said. “This is a true silver lining.”

By mid-August, about 420 students had participated in MEDscience’s remote summer program, which for the first time includes students from around the world, including India, China, and Africa. In mid-August, Joyce Chisale, who will be entering Malawi College of Medicine in the fall, joined the class from her home in Malawi. Chisale said the course has provided her a first taste of what it might be like to be a doctor.

“When Bettie had a cardiac arrest I was totally shocked and the case felt realistic,” Chisale said. “It made me realize that when handling patients one can encounter unexpected cases which can be shocking, hence critical thinking will be needed.”

Oluwaseun Ogudimu, a high school student in Delaware, aspires to be a neurosurgeon and said the program has already given him a taste of what it’s like to make life-and-death decisions. 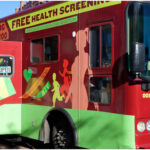 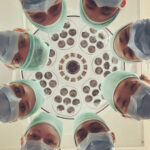 “We had to think quickly and respond quickly to save someone’s life,” Ogudimu said.

For some, like David Rodgers, a Georgetown University premed student serving as an intern this summer, the class’ effects are long-lasting. Rodgers said he was struck by the difference between the memorization-and-test learning strategy in traditional classes and the hands-on, problem-solving approach used by MEDscience.

“That’s what really kick-started my interest in the sciences,” Rodgers said. “What I had experienced was a lot of rinse-and-repeat in the classroom: Just learn material from a textbook. This program allowed me a different outlook, where you’re actually taking information … [and] using it in real life to solve a case.”

Oriol and Joyal said the online format offers MEDscience not just a way through the pandemic, but also an avenue for future growth. They had considered developing an online component before COVID, but it was a low priority. The pandemic forced them to rethink the program and adapt it into a format in which it has the potential for much broader reach.

“We’ve seen 420 kids this summer. I think it’s as effective as the hands-on program,” Joyal said.