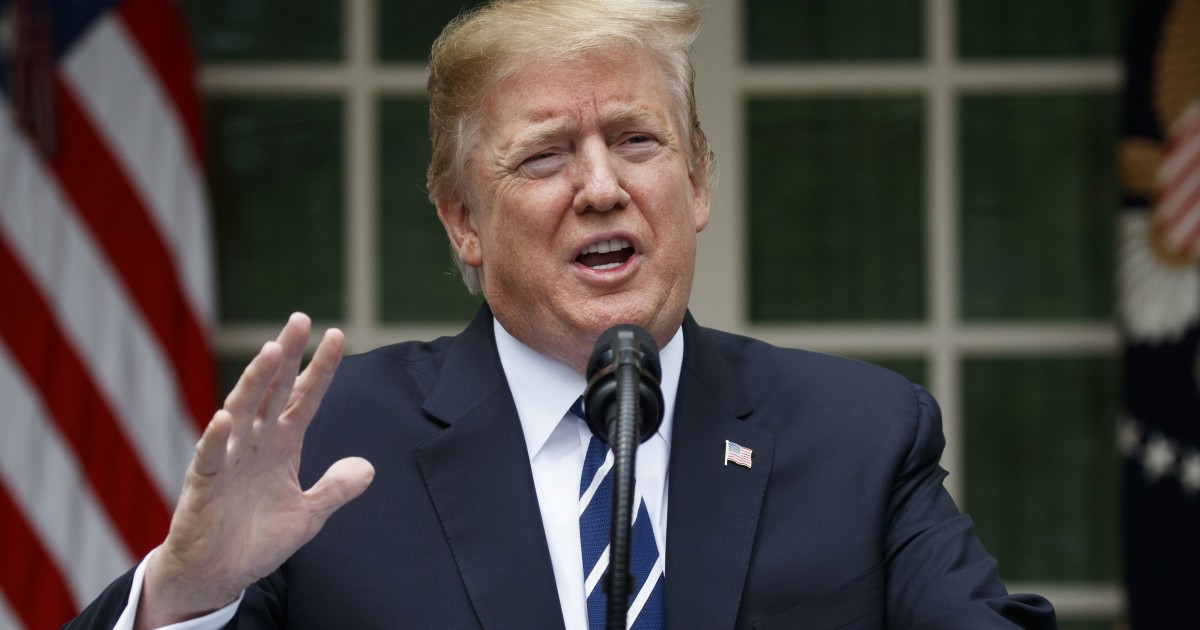 The Trump administration and Congress have taken new precautions as exposure to the coronavirus has sidelined officials and legislators.

President Trump ordered staffers Monday to wear masks while inside the White House after two staffers and two members of the Joint Chiefs of Staff tested positive for the coronavirus last week.

The two White House staffers work closely with Trump and Vice President Mike Pence. Trump, though, said Monday that he has “felt no vulnerability whatsoever” to infection in the White House, given the stringent safety measures in place and regular testing. Trump and Pence usually undergo testing for the coronavirus weekly, but Trump said that he and those closest to him will be tested daily.

While members of Trump’s inner circle are tested frequently for the virus, many states in the process of reopening still have not conducted the number of tests that outside experts say is necessary before reopening — about 152 for every 100,000 people, according to the New York Times. Most states have begun to reopen in the past few weeks, as the death toll has surpassed 80,600.

Trump, though, boasted that, in terms of testing, the United States is “unmatched and unrivaled anywhere in the world.”

Adm. Brett Giroir, the official overseeing the federal testing effort, said at the same briefing that any worker who needs a test, as defined by the administration guidelines, has access to one. That standard, though, is different than the higher standard that applies at the White House, where testing is routine.

“We have met the moment, and we have prevailed,” Trump said of testing.

Meanwhile, the average number of tests performed daily since May 1 is only slightly over 284,000, according to The COVID Tracking Project.

Trump faced questions about testing and White House safety Monday after several high-ranking officials were forced to self-quarantine. Most recently, two members of the Joint Chiefs of Staff had to miss a meeting in the White House Saturday to enter a two-week period of self-isolation.

Top government infectious disease expert Dr. Anthony Fauci, Centers for Disease Control and Prevention Director Dr. Robert Redfield, and Food and Drug Administration Commissioner Dr. Stephen Hahn announced they will self-isolate for two weeks after making contact with an infected White House staff member. All three doctors are set to teleconference into a Senate health committee hearing Tuesday on the administration’s coronavirus response. On Sunday, Republican Sen. Lamar Alexander, chairman of the health committee, announced he will lead the hearing via teleconference as well after one of his own staffers tested positive for the virus.

Illinois Gov. J.B. Pritzker and his staff will work from home “for an appropriate isolation period” in accordance with the state health department guidelines after a senior staffer tested positive for the coronavirus, Pritzker’s office said Monday. Both the governor and staffers have tested negative for the virus.

A study published Monday in the journal JAMA Pediatrics showed that while COVID-19 is most severe in seniors and older adults, children can get seriously ill. Researchers looked at patient data from 48 children admitted to 14 different ICUs for respiratory infections. Two patients had died while 18 were placed on ventilators.

Read More:  What to expect during a physical exam

Dr. Daniele De Luca, the president-elect of the European Society for Pediatric and Neonatal Intensive Care, who was not involved in the study, told the New York Times that “you can read this either like a half-empty glass or a half-full glass,” because results show children can be seriously affected, but chances are low that a young person will die.

An obscure inflammatory disease, possibly linked to the coronavirus, has begun infecting more children, having killed three children in New York over the weekend. The toxic shock-like disease creates inflammation in the coronary arteries, potentially shutting oxygenated blood off from reaching the heart, which can be fatal. New York Gov. Andrew Cuomo said the rise of the new illness, which may be caused by the coronavirus that most often affects older adults, forewarns of “an entirely different chapter” of the coronavirus pandemic.

“Extreme vigilance” is needed as countries begin to emerge from coronavirus lockdown, the World Health Organization warned. Germany, which had eased some of its lockdown measures, has reported a recent increase in cases. Dr. Mike Ryan, head of the WHO’s emergencies program, warned that nations with “lax measures” in place shouldn’t rely on herd immunity to stem the spread of the virus. “This is a really dangerous, dangerous calculation,” he said.

Bill Gates lamented that his efforts to address a pandemic did not bear more fruit. “I feel terrible,” he said in an interview with the Wall Street Journal. Five years ago, he warned that a pandemic was a bigger threat than war. He spent hundreds of millions through the Bill and Melinda Gates Foundation to find ways to more quickly discover vaccines and to improve tracking systems. Yet, the governments he spoke with were often not interested in his efforts as developing vaccines is expensive, and a pandemic was not a threat five years ago. “The whole point of talking about it was that we could take action and minimize the damage,” he said. The Gates Foundation has spent $ 305 million to combat the coronavirus.

A new poll finds that 55% of the public disapproves of the protests against the coronavirus lockdown. The poll was conducted by the University of Chicago Divinity School, Associated Press, and NORC Center for Public Affairs Research. There is a partisan divide among support for the protests, with Democrats disapproving more than Republicans, 67% to 51%.