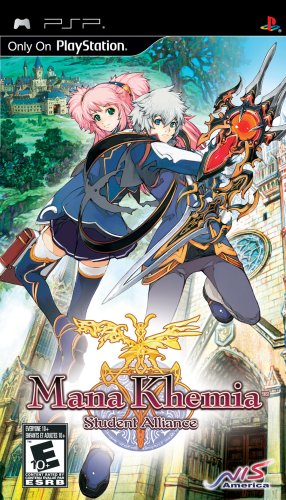 Mana Khemia is the spiritual sequel to the Atelier Iris series and fourth entry in the RPG series published by NIS. Mana Khemia is different from the previous Atelier Iris games in that it’s a campus sim-style RPG, where you can interact with classmates and professors to complete academic quests. You play as Vayne Aurelius, a novice alchemist who was invited to attend Al Revis Academy. At the academy Vayne academy, you will meet human and not so human alchemists, and together you will solve the mysteries of alchemy. You will discover and create items, weapons, and even character stats through the use of alchemy. Everything you find in the field is used to craft items with alchemy; you can fish, hunt, dig, & search for new ingredients (over 400 items/ingredients are available) Multiplayer functions – offline co-op multiplayer (2 players); multi-cartridge multiplayer