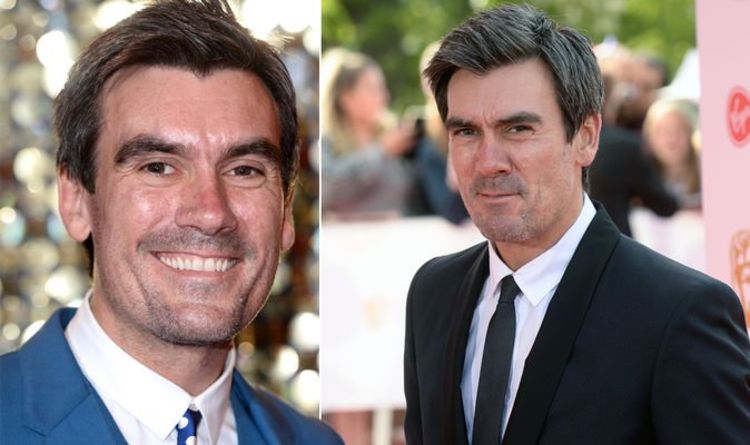 Jeff Hordley, 49, has played the character Cain Dingle on ITV soap opera Emmerdale since 2000. But before joining the show’s cast, the star was diagnosed with Crohn’s disease and feared it may have a negative impact on his acting career as well as his life expectancy. Crohn’s disease is a lifelong condition in which parts of the digestive system become inflamed. Luckily for Jeff, the actor has been able to control his symptoms, and during his TV appearances has revealed how growing his own food has helped.

Jeff, who’s married to his co-star Zoe Henry, was diagnosed with Crohn’s disease in 1996.

He first became aware of the condition when he experienced stomach pain.

Speaking to Express.co.uk in 2009 he revealed: “Even though I tried to avoid foods that upset my digestive system, such as coffee and Chinese takeaways, I was still sick and tired and I kept losing weight.

“I was a drama student in Manchester and sometimes I had to miss lectures because I was too tired. I even had to drop out of my final year plays.”

The actor was diagnosed with the condition after being referred by his GP to a specialist at Manchester Royal Infirmary.

It was then, the specialist spotted his symptoms immediately.