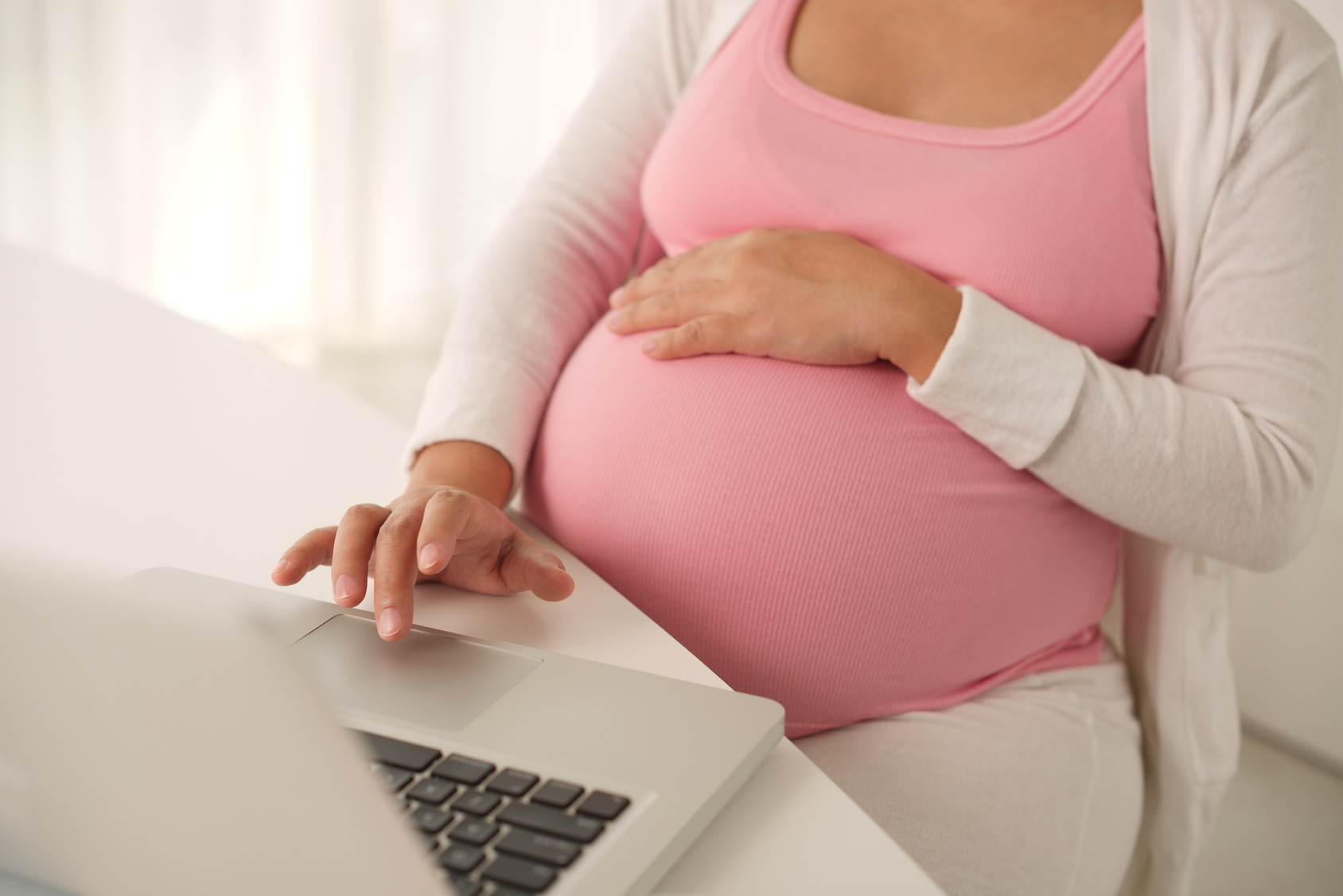 Despite increasing attention to the mental health of expecting and new mothers, we do not have adequate numbers of health care providers with expertise in the treatment of perinatal mood and anxiety disorders, and there continues to be many barriers to treatment.  Using innovative strategies to deliver care to women during pregnancy and the postpartum period can help to provide access to care in this vulnerable population.

A few weeks ago we wrote about the effectiveness of a digital version of cognitive behavioral therapy (CBT) for the treatment of insomnia in pregnant women.   Today, we review the finding s of another study examining the effectiveness of an internet-based version of CBT for the treatment of women with depression during pregnancy (antenatal depression).

In this study from Sweden, 42 pregnant women (between 12-28 weeks of gestation) with major depression were randomized to receive either treatment as usual (TAU) or internet-derived CBT (ICBT) as an adjunct to usual care.  At baseline, the mean Montgomery-Åsberg Depression Rating Scale- Self report version (MADRS-S) scores were 24.2 in the ICBT group and 24.4 in the TAU group where a score of 20 to 34 is consistent with moderate depression.

The ICBT intervention used in this study is an adapted version of the ICBT for depression currently being used at the Internet Psychiatry Clinic in Stockholm.  The treatment was a guided self-help treatment with reading material, assessments, and homework delivered using an online platform. Participants also had access to a CBT-trained therapist who provided regular feedback, encouragement and support.  This intervention was adapted to include an extended description of depression and its relation to pregnancy. In addition, a module on relationships was included to provide additional support and to address changes that may occur in close relationships after the birth of a child.

On average, participants logged on to the ICBT platform 34.1 times during the 10-week treatment period and sent 14.1 messages to their therapist. They were given on average seven out of ten possible modules and completed 5.3 modules.

Compared to women receiving usual care, the women in the ICBT group had significantly lower levels of depressive symptoms after treatment (p < 0.001).  Responder status (defined as a change of 8 points or more on the MADRS-S) was achieved by 71% of the ICBT-patients as compared to 22% of the patients receiving TAU.  Remission (MADRS-S score <13) was observed in seven patients (33%) receiving ICBT and in two patients (11%) in TAU. This was not statistically significant between groups.

This study demonstrates that internet-derived is feasible and effective in reducing depressive symptoms in pregnant women with depression.  While 71% of the women in the ICBT group were identified as responders; rates of remission (33%) were still fairly low. Future studies are necessary to determine which women are most likely to benefit from this type of intervention.  At the present time, this particular type of ICBT is only available to those living in Sweden.