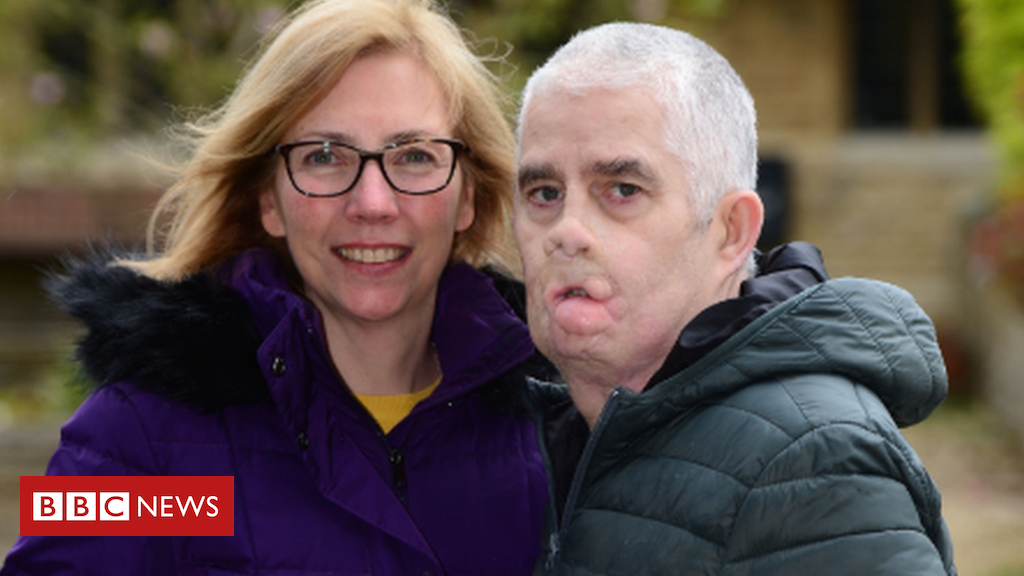 A man who woke from a coma to discover both his arms and legs had been amputated and part of his face removed has called for mandatory training on sepsis for NHS staff.

Sepsis, or blood poisoning, is a serious complication of an infection, which can have devastating consequences if not treated quickly.

There were delays in spotting Tom Ray’s sepsis.

He says more training is needed to avoid such tragedies.

Tom Ray was fit and healthy and living in Rutland in the East Midlands before he contracted sepsis at the age of 38 in 1999.

He had had a successful career in corporate banking and was in the process of setting up a business with his pregnant wife, Nic, when he fell ill.

His sepsis – thought to be caused by a cut to his gum during a trip to the dentist, combined with a chest infection – came on rapidly and led to vomiting and a high temperature.

But it took five hours at the hospital he was admitted to before the condition was diagnosed.

He spent months in a coma, during which time his wife Nic gave birth to their second child, Freddy.

His recovery has been a long and gruelling process, involving years of plastic surgery.

He has had to learn to walk, drive and live day-to-day life with prosthetic limbs.

The family lost their house and he has struggled to work.

Read More:  This Guy Lost More Than 100 Pounds in an Incredible 10-Month Transformation

He puts that down to several factors. The “amazing” love and care provided by his wife and being mentally disciplined. “I have learnt to control what goes into my mind. I only let positive thoughts go in.

“I also realised it is not all about me. I had to be there for my children – to help them with their school work and take them places. Terrible things can happen in life, but you can get through them.”

His fight to improve NHS care

Now 57, Tom spends a lot of his time doing motivational speaking and campaigning to improve the way the NHS tackles sepsis.

Together with his wife and Pippa Bagnall, a former nurse and NHS chief executive, he has formed Resilience and Co to raise awareness of the problem.

He often removes his prosthetic limbs to show and shock the audience into the realities of sepsis.

“I would rather not do this – it is not good for your mental health constantly going over the most difficult experience of my life. But I want to make a difference. I want to speak for those who can’t – the people who have died from sepsis.”

The Rays and Ms Bagnall are due to address the Royal College of Nursing (RCN) annual conference in Liverpool on Wednesday.

Top of their wish list is mandatory training on sepsis for all staff who work in the health service.

Ms Bagnall says: “It should be so simple to spot. But the problem is staff still do not know enough about it – what to look out for. Hospitals have got better, but there are real gaps in the community.

Read More:  Meet Your New California State Budget! Lots of Spending on Health Care, Education, Housing and the Working Poor; Not as Many New Taxes as Some Had Feared - Lost Coast Outpost

“We want all staff, from GP receptionists to nurses and doctors, to have to do it. It could just be an hour online. It could make all the difference.”

The call is being supported by the RCN.

The RCN also wants to see a national checklist introduced to help spot the signs of sepsis in children. Hospitals already have one for adults, but RCN professional lead for children Fiona Smith says there have been delays of more than a decade for one for children.

In the meantime it has been left to hospitals to develop their own approaches.

Every year more than 50,000 people die after contracting sepsis. Many thousands more are left with disabilities and life-changing consequences.

Symptoms in young children include:

With early diagnosis and the correct treatment, normally antibiotics, most people make a full recovery.