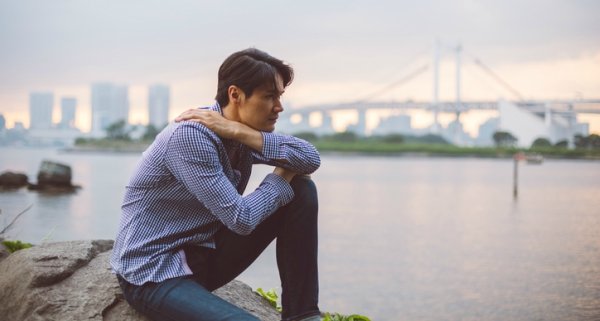 Part of therapy is to identify negative and harmful thoughts and change them. Sounds easy, right? Not really, but you can fight back. Like anything else you want to change, it takes awareness and practice.

Most of the thoughts that berate us are actually stored messages from our parents or grandparents, or any of a number of other caretakers from our birth to at least age five.

Children don’t have filters, so they believe everything they’re told.

When someone says you are dumb, over and over during your childhood, you start to believe it. In fact, you may believe it so deeply that you can’t remember where the disparaging thought came from. You think the negativity is your own.

The voices in our heads don’t always sound exactly like the care-taker who told us we were worthless, incompetent, bossy, nosy, ugly, fat, or afraid of everything. So identifying who said it can be tough. Except, when we get still and listen, we often do intuitively know exactly who told us these awful things about ourselves.

For me, one was my mother telling me to stop being bossy. This was interesting because as the older sister, I was also expected to make my sisters behave. The memory that stands out is her calling me in from where I was playing school with my playmates. She told me I sounded too bossy, and to stop. I wouldn’t be liked. It made such an impression that I don’t even remember if I told her that I was playing the part of the teacher! I was supposed to sound bossy.

Read More:  First man to sign up for head transplant bows out, but surgeon insists list of volunteers is still ‘quite long’

In Gestalt therapy, we use the empty chair technique.

We figuratively place the person we need to talk to in the chair. When I was in therapy, I placed Mom in the chair and told her that it was okay if I was bossy in situations where that was called for. As in when I became a real teacher, and later a manager of a team of advertising and marketing people. I told her I understood that she was a strong woman who was probably not allowed to be powerful at work because of misogyny and patriarchy. But that it was okay for me to be.

Dad’s injunctions were more insidious. They were harder to isolate. But it was his voice telling me I was incompetent at something. I believe he did this out of his fear for our safety. Those thoughts come when I’m driving, or about to do something he would consider dangerous. I trace it back to a time I jumped on a moving Merry-Go-Round at the fair. I wasn’t hurt, and couldn’t understand why he was so angry with me. That one incident made me anxious for years.

Even simple things like the Merry-Go-Round incident can have an inordinate impact. That’s why positive self-talk, and talking back to the negative thoughts is so important. I also sometimes imagine holding the hand of the six-year-old me, and telling her she is safe, but also that she is strong and brave.

I often talk back out loud to the voices and messages from Mom and Dad, some teachers, and an ex-husband. And occasionally loudly. Yes, I did look crazy, before the days of cell phones and earbuds. Now, everywhere you go people look like they’re talking to themselves. So, when you try this talking back technique, you will blend right in.

Now where the voices originated from are more obvious to me, and they can be to you when you analyze the thoughts and check your memories. Then you only have to decide what to say back.

After many years of fine-tuning, I now have a standard response. I say “Bleh, bleh, bleh.”

I blatantly borrowed this from the vampire in Hotel Transylvania.

Bleh, bleh, bleh has the advantage of disparaging the original disparaging thought. It’s short and to the point. And it gets bonus points for making me laugh at myself.

I can promise you that any time you tell yourself negative things about you, it’s somebody else’s programming you’re hearing. Hack that programming by calling it out.

Say “Bleh, bleh, bleh” to the negative programming until it goes away.

If you found this helpful, follow my other random topics here on Medium, or check out my sparsely posted photos on Instagram. I’m a writer who realized I’m funny when Medium made me a top writer in Humor. I raised an amazing son by myself and now live with two cats who are raising me. In my Gulliver’s Travels of careers, I’ve been a teacher, advertising and marketing guru, adjunct university professor, a martial artist and sensei, a school counselor, and a psychotherapist, somewhat in that order.

If you believe in the work we are doing here at The Good Men Project and want to join our calls, please join us as a Premium Member, today.