Ian Burkhart was the first quadriplegic to regain control of his body using his thoughts.

When Ian Burkhart broke his neck diving into a wave in 2010, the world as he knew it had ended. But he had no idea that about four years later, he would make history as the first quadriplegic to regain control of his limbs using his own thoughts.

Burkhart was swimming with some friends off the coast in North Carolina during summer vacation after his freshman year of college. He had just spent his first year majoring in video production at Ohio University. A former Boy Scout and lacrosse goalie from Columbus, Ohio, Burkhart’s ill-fated dive left him unable to use his arms and legs. In a freak accident, a woman was shot with an arrow—and it saved her life.

At the time, the devastated 19-year-old knew only that an experimental study at nearby Ohio State University Wexner Medical School offered hope. Burkhart’s spinal injury had severed the communication pathway between the motor cortex in his brain and the muscles in his limbs, but this study proposed a detour.

Doctors had Burkhart think about moving his hand while researchers took functional magnetic resonance imaging (fMRI) scans to light up key brain areas. Based on those coordinates, in April 2014, Ali Rezai, MD, director of Ohio State’s Center for Neuromodulation, placed a microchip smaller than a pea in the motor cortex, which controls the hand. The chip was connected via a computer to an electrode-studded sleeve on Burkhart’s arm that stimulated his muscles. Burkhart’s thoughts now had a new bypass to his hand.

Read More:  Top Picks for Meditation Location in the US for a Person with Disability

Two months later, Dr. Rezai was standing behind his patient in a lab crowded with cameras, physicians, engineers, and family, all eyes on Burkhart’s right hand. When it moved for the first time, Burkhart made history. “It was a surreal moment,” Dr. Rezai remembers. “The whole team was amazed, but then we said, ‘OK, the work is just beginning. He’s got to be able to pick up a cup of coffee.’” Take a look at these stories of people who literally came back to life.

The brain and computer working together

In the years since, subject and software have been learning from each other. “The machine is continuously improving its algorithms, and Ian is able to think about things with more fluidity,” says Dr. Rezai. “It’s phenomenal seeing the brain and computer coming together.”

Since those early days, Burkhart has learned to pick up a glass, pour liquid from a bottle, pinch his thumb and index finger together, and play the video game Guitar Hero.

Rezai and his team published their findings in a 2016 study about restoring movement using neuroprosthetic devices in the journal Nature.

“This is the first demonstration to our knowledge of successful control of muscle activation using intracortically recorded signals in a paralyzed human,” the researchers wrote. “These results have significant implications in advancing neuroprosthetic technology for people worldwide living with the effects of paralysis.”

Burkhart went on to pursue a degree in accounting at Ohio State and he became a high school lacrosse assistant coach. He volunteers at the Ohio State University Wexner Medical Center helping spinal cord injured patients adjust to their new life as a peer support mentor with the Christopher and Dana Reeve Foundation. He created the Ian Burkhart Foundation dedicated to restoring lives and providing hope to people who have spinal cord injuries. Next, learn about these split-second decisions people made that saved their own lives. 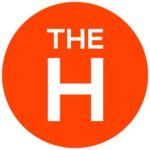 Read More:  'This is a yes-we-can moment': What the coronavirus response means for climate action