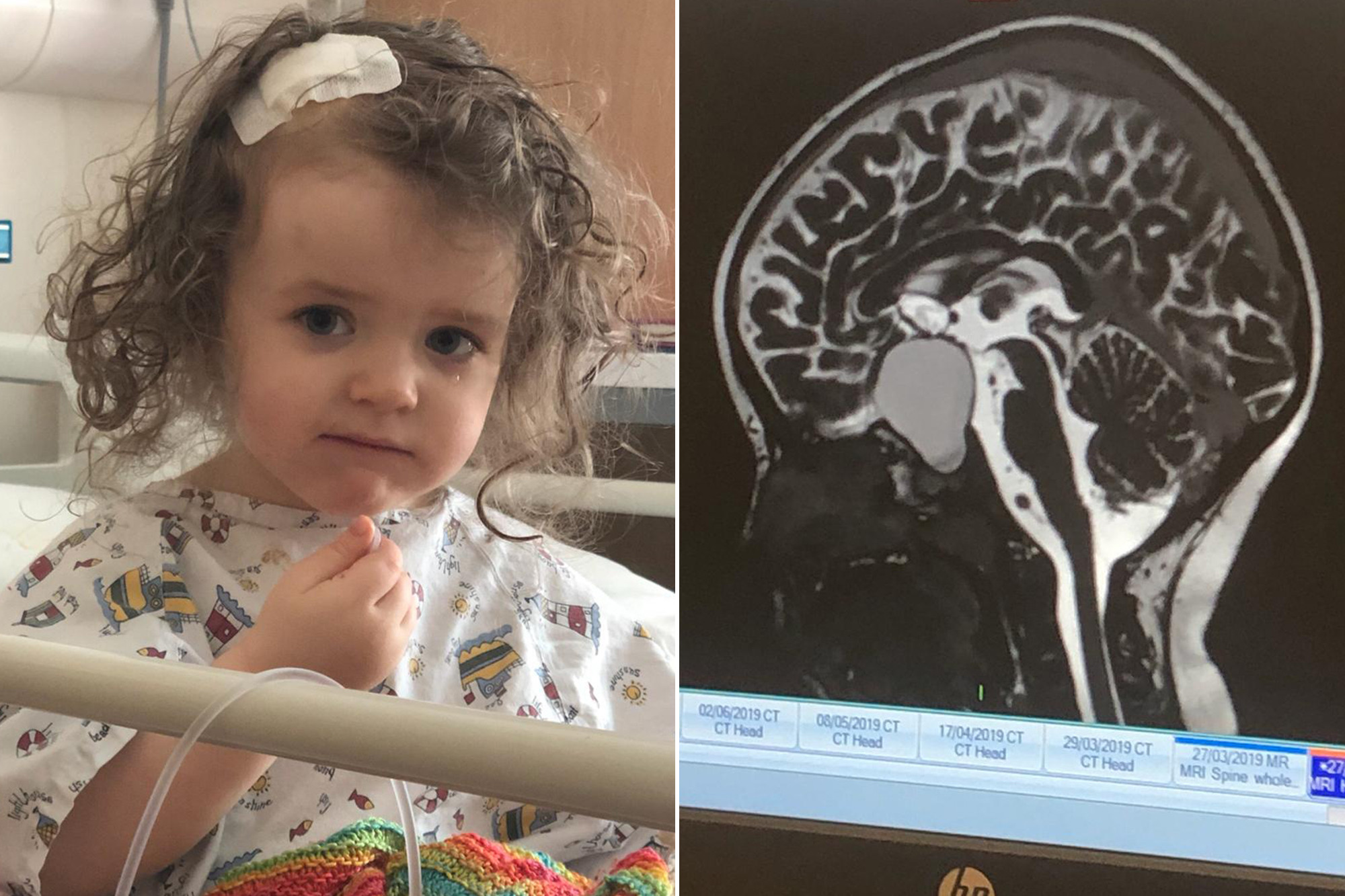 A mom has dubbed an optometrist a “life-saver” – after he spotted the signs of a rare brain tumor in her daughter.

Karen Lee-Johnston, 33, says her two-year-old daughter Erika, known as Boo, would not be alive if it wasn’t for optometrist Aaron Spears who noticed the deadly symptoms.

And the widowed mother of three, whose husband died in 2017, is now urging parents to be vigilant and check their kids for signs of the disease.

Karen, from Glasgow, Scotland, first suspected something was wrong with little Boo in March when she spotted that she had a dilated pupil in her right eye.

The tot had also been vomiting, was very thirsty and had gone back to crawling due to poor balance.

Karen decided to take her to the Vision Express at a Tesco Silverburn in Glasgow – to make sure it wasn’t anything serious.

It was there that the optometrist spotted that Boo was showing tell-tale symptoms of a deadly tumor known as Craniopharyngioma.

He made an emergency hospital referral and she was taken to the Royal Hospital for Children in Glasgow later that day.

Boo was forced to undergo a string of urgent tests including a CT scan which detected the condition.

And an MRI scan confirmed the growth was Craniopharyngioma – a rare brain tumor most commonly found in children, with just 30 cases per year in the UK.