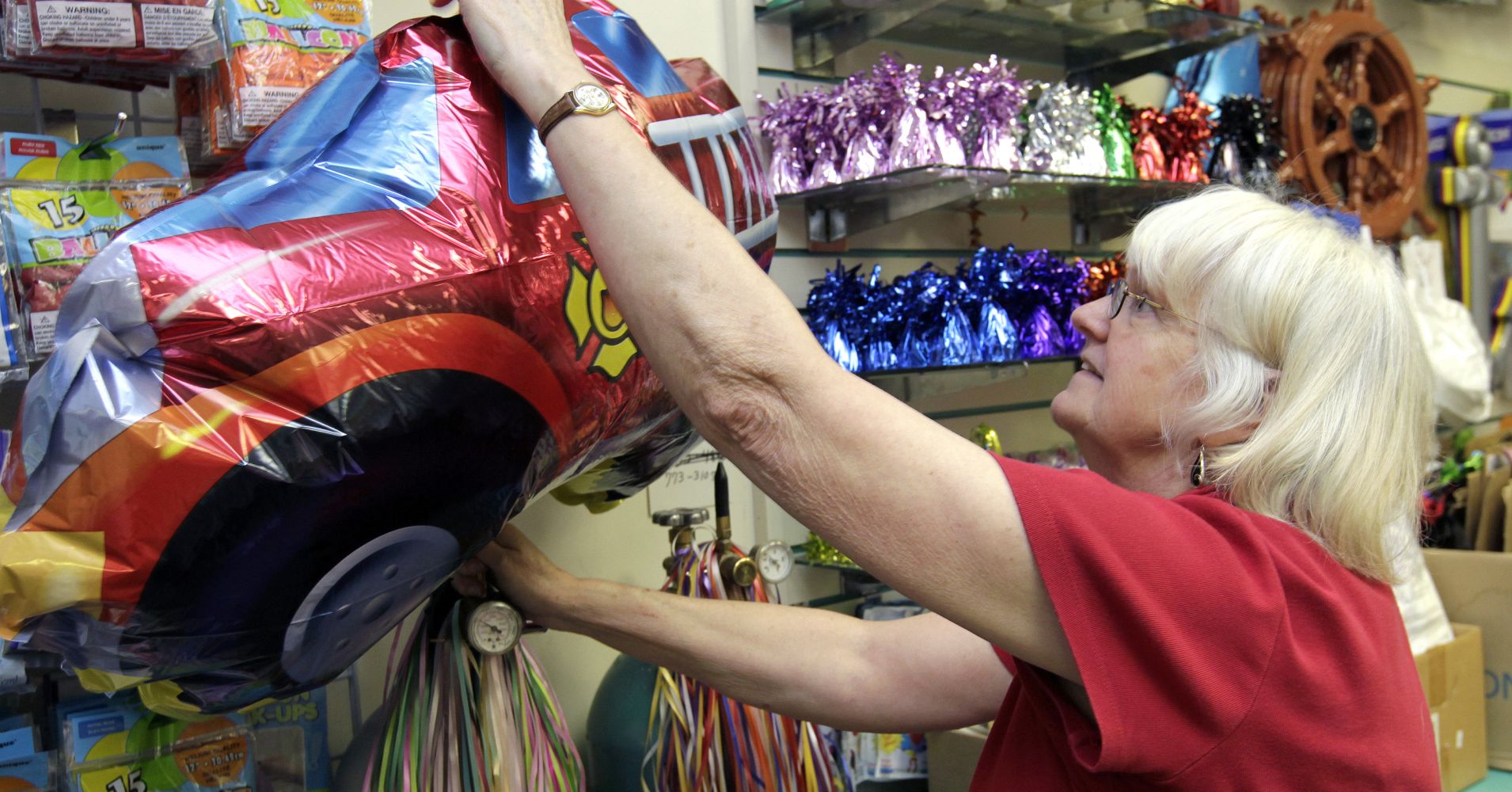 There’s a major helium shortage affecting a host of industries — and it’s not clear how anyone is going to solve it.

But the world is running low on helium and businesses are scrambling. Here’s what you need to know.

Currently, helium cannot be produced efficiently and economically. The few ways it can be harvested includes extraction from natural underground deposits, or from the production of natural gas in which helium is a byproduct.

As helium is a very light gas, it has to be captured quickly, or it will float up into space.

Three main sources produce some 75 percent of the world’s helium — sites in Qatar, Wyoming and Texas — according to gas industry publication Gasworld. In fact the U.S. has for decades provided much of the world’s supply.

However, the U.S. government will be exiting the helium business, according to a 2013 law. The helium the government owns is in Texas, which is being depleted.

There is no helium futures market, but a U.S. government auction carried out by the Bureau of Land Management last September saw crude helium prices jump a whopping 135 percent on-year for its 2019 delivery, according to Gasworld.

It was the last auction of U.S. reserves to be sold to a private industry.

Meanwhile, overall U.S. production has also fallen as the bureau has been rationing supply since February 2018 after a group of countries lead by Saudi Arabia announced an economic embargo of Qatar. That created chaos in the helium supply chain for weeks as roughly 30 percent of the global supply was taken off the market.

While that has been resolved, new supplies that are supposed to come online have been delayed and unplanned plant outages have further impacted the market, wrote Phil Kornbluth, a veteran helium industry consultant.

In a market dominated by just a few sources, any disruption in the supply chain will have a magnified impact.

“The problem is, helium is being used up faster than it can be produced these days,” wrote Anders Bylund, an analyst at Motley Fool in a recent note.

A versatile gas, helium is primarily used in electronics and semiconductor manufacturing and is particularly important for medical imaging, such as magnetic resonance imaging (MRI).

Helium is used as a cooling agent in MRIs and in manufacturing processes. Because helium is stable and does not react with other elements, it is also used in the making of semiconductors to create a contamination-free environment.

Still, the biggest consumer use of the gas is in party supplies — and that area is being hit especially hard by the shortage.

Party City — listed on the New York Stock Exchange — warned on its website that supplies of the gas are “a little up in the air” amid a “global helium shortage.”

At the company’s fourth quarter results briefing in February this year, Party City CEO James M. Harrison said revenues were below expectations “in large part due to helium supply pressures.”

Party City posted revenue gains and locked in 41 percent in gross margins last year. Still, the company’s share price has tanked by 30 percent in the last six months. According to Motley Fool’s Bylund, that’s primarily because it’s been hit by the dwindling supplies of helium gas, one of its key raw materials.

“A company whose revenue relies on selling helium-filled balloons does suffer from the shortage,” said Bylund. “Helium shortages fluctuate over time and across geographical markets, but anywhere between 50 and 200 of Party City’s 850 stores don’t have any helium in their tanks at any given time.”

So investors have been punishing Party City’s stock for this “obvious shortcoming,” he added.

Little help seems to be at hand in the short-term to replenish the helium supply, and Party City has had to offer other solutions like decorative air-filled balloons.

Some industries and scientific communities are seeking to promote the recycling helium in the face of shortages and politics-spurred price swings.

“During shortages, science is far down the delivery list, because bigger customers get priority … And without helium, scientists can be forced to reschedule or abandon experiments, and to place costly and complicated equipment in shutdown,” a 2017 editorial in the scientific journal Nature said.

“Recycling would save money in the long term, prevent the withering of helium-dependent research, and provide a much needed buffer against temporary shortages,” it added.

On top of that, more of the resource may be coming to the market. There are large projects and supply chains in the works from natural gas producing areas that may bring more helium online in the future.

Qatar, in particular, is expecting new production to come onstream in 2020 — two years later than expected. Russia is also eyeing a piece of the pie with new helium productions coming online in 2021.

A handful of companies are also investing in helium exploration and extraction. They include listed companies Desert Mountain Energy and American Helium.

In addition to the U.S., other prospective locations in the world include Australia, Canada and Tanzania.

“By the end of the decade, international helium extraction facilities are likely to become the main source of supply for world helium users,” said the United States Geological Survey in a report.