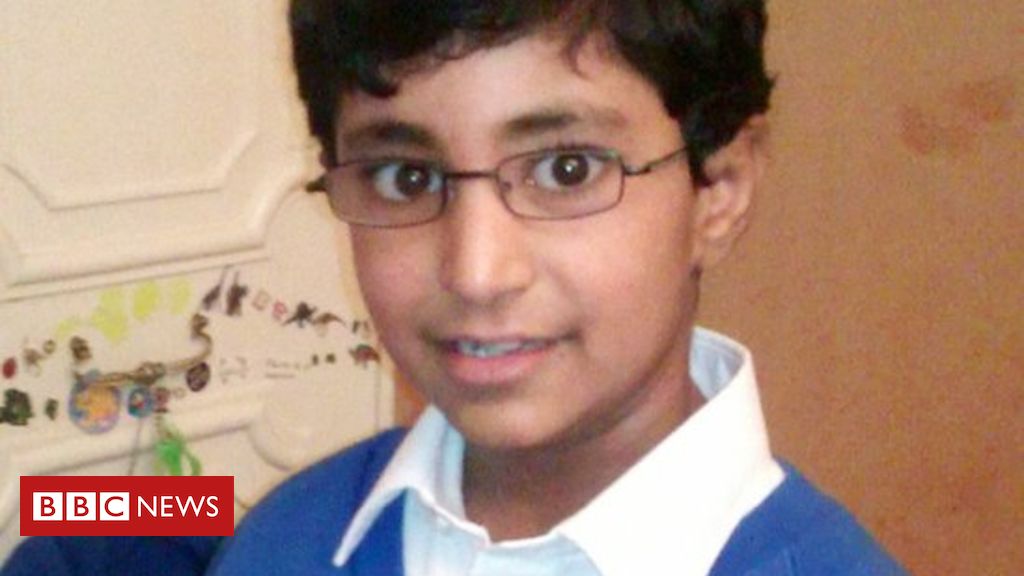 The death of a schoolboy who collapsed after cheese was thrown at him was “unprecedented”, an inquest has heard.

Karanbir Cheema, 13, died after having a severe reaction at his school in west London on 28 June 2017.

Specialist Dr Adam Fox said severe reactions from skin contact were “very, very uncommon” and he was “not aware of any fatal cases”.

The boy who threw the cheese previously told the inquest he had been “playing around”.

Karanbir, who had multiple allergies including to dairy products, was taken to hospital in a life-threatening condition after falling ill at Perkin Church of England High School in Greenford.

Epipen ‘out of date’

St Pancras Coroner’s Court heard Karanbir’s Epipen, which was kept at the school, was 11 months out of date and was the only adrenaline administered before the teenager suffered cardiac arrest.

He displayed signs of anaphylaxis such as scratching for several minutes before receiving the adrenaline, the inquest heard.

Extreme allergies: ‘I couldn’t even eat an apple’

Dr Fox, a paediatric allergy consultant at Evelina London Children’s Hospital, told the court it is “an important learning point” that “at the first sign of anaphylaxis it’s ‘get the adrenaline out and make sure they get it as soon as possible’.”

But Dr Fox said the pen “probably had less potency” as it was past its expiry date.

Dr Fox said the cause of the reaction was what made it “extraordinarily unusual”.

“If it was skin contact alone that caused, in this case fatal, anaphylaxis, I believe that to be unprecedented,” he said.

The inquest has heard Karanbir, who also suffered from eczema, had scratched at his neck so much that blood was visible.

Dr Fox said “further scratching and degrading of the skin barrier” could have added to the reaction.

A paramedic admitted she had “probably” panicked when treating him, when asked by the coroner.

Alexandra Ulrich said she thought Karanbir had suffered an asthma attack and gave him two grams of magnesium sulfate, a drug which is used to treat muscle spasms during severe asthma attacks but is not meant for children.

“If I had known about the specific details of the history about the allergens, I wouldn’t have given it,” she said.

Ms Ulrich added a pocketbook given to ambulance staff had since been updated to make explicit the substance was not meant for under 18s.

Andrew Jones, paediatric intensive care consultant at Great Ormond Street Hospital, said Karanbir’s brain had been severely deprived of oxygen and over days it became apparent he “had no chance of survival”.

Pathologist Liina Palm told the inquest the death was caused by anaphylactic shock and cited multiple food allergies as the underlying cause.

Dame Alice Hudson, executive head teacher of the Twyford Trust – which encompasses William Perkin school, said she believed there had been “a very good general awareness” of Karanbir’s allergies among pupils.

The coroner is due to deliver her conclusion on 10 May.