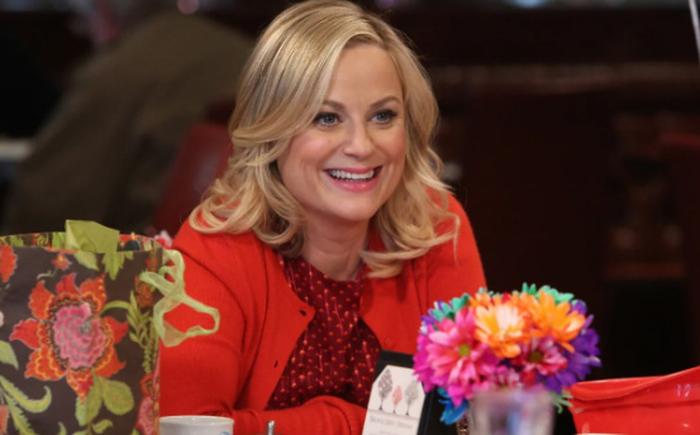 I quite like the idea of Galentine’s Day, the unofficial holiday that celebrates female friendship every February 13. The concept comes, not from a PR company or Hallmark marketing team, but from an episode of Parks & Recreation in which the relentlessly conscientious Leslie Knope (Amy Poehler) organises a brunch for a motley crew of women on Valentine’s Eve.

“Every February 13, my ladyfriends and I leave our husbands and our boyfriends at home, and we just come and kick it, breakfast-style. Ladies celebrating ladies. It’s like Lilith Fair, minus the angst. Plus frittatas,” she explains.

Galentine’s Day began life as a comedy concept but it’s now taken fairly seriously by women across the world. There are tongue-in-cheek cards and gifts, women-only film screenings and brunches – and not a polyester red basque in sight.

While Valentine’s Day idealises romantic love, Galentine’s Day shines a light on platonic love and reminds us that romance is not the be-all and end-all of human relationships.

It’s a sweet idea, but just as Valentine’s Day packages the complexity of romantic love into a simplistic heart symbol, Galentine’s Day suggests that female friendship is a constant source of moral support, unerring trust and white wine. It turns female friendship into another fridge-magnet platitude when we all know that platonic love can be just as complex as the romantic kind.

Read More:  Who is anorexia most common in

It’s important to celebrate female friendship, but it’s equally important to point out that it doesn’t always remain steadfast.

Just like romantic relationships, female friendships ebb and flow. Sometimes you’re on the exact same page; sometimes you’re poles apart. Some years you’re compelled to send them a Galentine’s Day card; some years you blush at the very thought of it.

The types of friends a woman has varies hugely too. There’s the friend you rarely see, but who you know is always there for you. There’s the friend who makes you laugh until you cry, but who can’t be trusted for anything more than a wild night out (not unlike having strong sexual chemistry with an emotionally unavailable man).

There’s the slow-burn friendships involving two women who have been hurt before. There’s the whirlwind friendships that are almost destined to end badly. Platonic love can be just as tempestuous as romantic love and platonic break-ups just as devastating.

Falling out with a female friend hurts in a way that can’t really be explained. It’s a primal sort of pain that makes a woman feel very alone and vulnerable.

Our template for female friendship doesn’t help matters. A woman’s first (and second, and third… ) friendship experiences are intense. Best friends are a highly-prized commodity in the school yard and most of us can remember coupling up into borderline fanatical BFF bubbles before making it official with bracelets, lockets and sleepovers.

Read More:  How to combat weight gain during the pandemic (beyond diet and exercise) - CNN

We can also remember the crushing rejection when that friend was ‘taken away’ from us by someone with better colouring pencils, shinier hair or those Clark’s shoes with the magic key in the sole (okay, I’m getting personal here).

Why are little girls’ friendships so intense? Is it the ‘tend and befriend’ instinct in overdrive? Do we play out the happily-ever-after myth that’s fed to us through fairytales before we’re old enough to understand it? Who knows?

What we do know is that these formative experiences never really go away. We might grow up into women who celebrate Galentine’s Day with bottomless brunches, but the darker side of female friendship – the competitiveness and possessiveness; the need for belonging and the fear of rejection – is just below the surface.

Galentine’s Day presents a light and frothy version of female friendship. The real version, as every woman knows, is far more complicated.