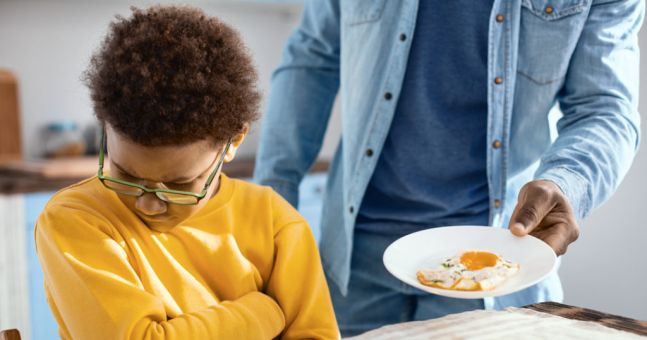 A teenager has been left blind and partially deaf after living off a diet of chips, sausages and crisps.

The British 17-year-old’s diet was so bad he suffered from a condition normally only seen in malnourished third-world children.

Researchers from Bristol Eye Hospital have published a report into the boy’s case, which believed to be the first of its kind in the UK.

The 17-year old’s diet consisted of chips, Pringles, sausages, processed ham and white bread for up to a decade, according to the Plymouth Herald, and he told doctors he did not like the “texture” of fruit and vegetables.

The lack of vitamins in the teen’s diet caused severe damage to his optic nerve – which connects the eye to the brain – and he was diagnosed with a condition called nutritional optic neuropathy (NON), which usually only seen in Africa and other undeveloped countries.

Dr Atans concluded that the boy’s blindness was caused by junk food and that he was suffering from a rare eating illness known as ARFID (avoidant-restrictive food intake disorder).

ARFID, which was previously referred to as “Selective Eating Disorder, is similar to anorexia in that both disorders involve limitations in the amount and/or types of food consumed, but unlike anorexia, ARFID does not involve any distress about body shape or size, or fears of fatness.

The 17-year-old, who was not overweight and had a ‘normal’ BMI (body mass index) of 22, also developed hearing loss and bone weakness, but doctors struggled to diagnose the cause of his illness at the time.

Aside from being labelled a “fussy eater”, the boy was otherwise well and took no medications.

Blood tests showed he was anaemic, due to low B12 that causes fatigue. He was treated with vitamin injections and advised about his diet.

“He was prescribed nutritional supplements that corrected his deficiencies and was referred to mental health services for his eating disorder.”

By the time his condition was diagnosed his vision was permanently impaired.