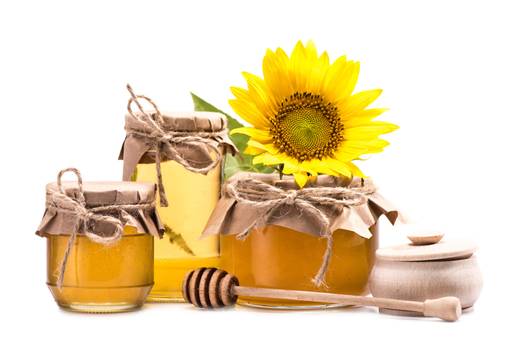 It’s unsurprising, given the mixed messages we continue to receive. Wholesome-looking foods, from cereals to children’s snacks, are marketed as having no ‘refined’ or ‘added’ sugar, despite still having very high overall levels from fruit or sugar alternatives, such as honey. This month, the group Action on Sugar warned that consumers are being misled over the supposed benefits of honeys and syrups which, despite their ‘natural’ image, are no better for us than table sugar.

And though the government still says fruit juice can count towards your five a day, a new US study has found a daily (large) glass may be worse for health than drinking cola or lemonade.

“People do get confused about where sugar comes from and whether some are better than others,” says Bridget Benelam, a scientist at the British Nutrition Foundation. “They either tend to think that ‘natural’ sugars, like honey, are fine, or they’re on the other side and think you shouldn’t have any sugar, not even fruit. As always in nutrition, the truth is shades of grey.”

To recap, the big concern is over ‘free sugars’ ­- those added to foods or drinks by the manufacturer, or ourselves. It’s free sugars that are associated with tooth decay and excess calorie consumption, ergo weight gain and all its related health woes. There is less concern over naturally occurring sugars, found naturally in fruit, vegetables and milk, as these don’t seem to have the same effects on health and these foods contain other important nutrients such as fibre, vitamins and minerals. (However, labels on foods don’t distinguish or clarify where their sugars have come from.)

Read More:  The Best Advice About Technology I’ve Ever Written

Public Health England recommends adults and children aged 11 or over consume no more than 30g free sugars, or 7 sugar cubes, per day. The average British adult gets through 57g free sugar a day – the average teenager even more at 67.1g. The main culprit is table sugar, sweets, chocolate and preserves, with soft drinks the second biggest source in our diets, followed by alcohol, then buns and cakes, then fruit juice.

It’s virtually impossible to go on a truly sugar-free diet, and if you’re trying to take a healthy approach to sugar, experts advise looking at the foods you’re eating and taking a common-sense approach.

“I don’t believe in demonising any one nutrient,” says Helen Bond, a dietitian and spokesperson for the British Dietetic Association. “Look at the broader picture: a yogurt might have sugar, but that may come from fruit. Many cereals contain added sugar, but they’re going to provide fibre and wholegrains, too.” She says traffic light labels can be useful – as can looking out for anything with ‘sugar’ among the first two items on its ingredients list.

“The vast majority of our sugar intake comes from foods we all know we shouldn’t have too much of – cakes and biscuits and fizzy drinks and so on,” agrees Benelam.

And is there such a thing as a healthy sugar? “Honey and syrups can have a ‘health halo’, but they really are just sugar – and sugar in a packet is no less ‘natural’,” she says.