Fitbit has released data from 200,000 Fitbit users showing the resting heartrate of the world’s population is declining, while people pay more attention to their general health with their newfound free time on lockdown. 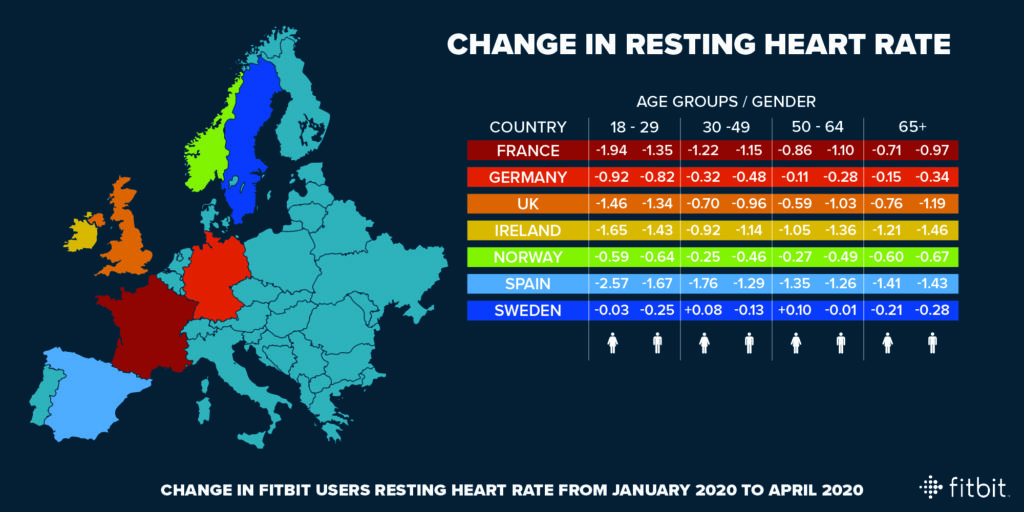 Their research showed that when comparing Fitbit users’ baseline data from January to February, and March to April:

Other data showed a few things changed during this time:

Aside from fitness, Fitbit has shown that people are sleeping for longer, with Ireland taking the top spot for improved sleep:

Fitbit said; “We found that individuals who increased their active mins, increased their sleep duration, and decrease their bedtime variability compared to their baseline experienced the RHR gains.”

“It seems like there is synergy – users who exhibited multiple good behaviors experienced even a higher improvement on average.”

There has also been an overall change in the number of steps being taken by Fitbit users, with the likes of Norway, Sweden, and Ireland seeing a slight increase and the UK, France, and Spain seeing a slight decrease: