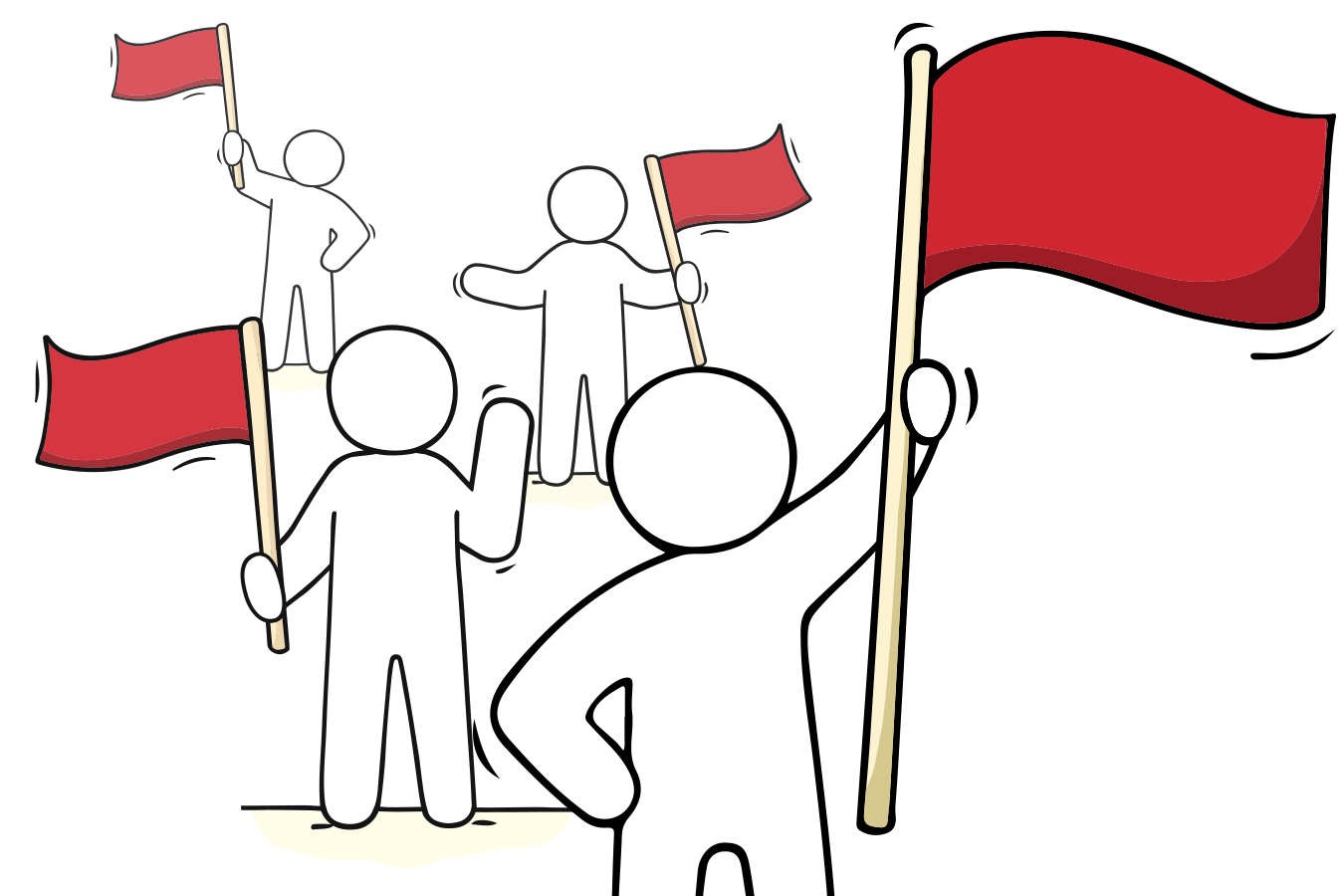 Ketamine is a darling of combat medics and clubgoers, an anesthetic that can quiet your pain without suppressing breathing and a hallucinogenic that can get you high with little risk of a fatal overdose.

For some patients, it also has dwelled in the shadows of conventional medicine as a depression treatment — prescribed by their doctors, but not approved for that purpose by the federal agency responsible for determining which treatments are “safe and effective.”

That effectively changed in March, when the Food and Drug Administration approved a ketamine cousin called esketamine, taken as a nasal spray, for patients with intractable depression. With that, the esketamine nasal spray, under the brand name Spravato, was introduced as a miracle drug — announced in press releases, celebrated on the evening news and embraced by major health care providers like the Department of Veterans Affairs.

The problem, critics say, is that the drug’s manufacturer, Janssen, provided the FDA at best modest evidence it worked and then only in limited trials. It presented no information about the safety of Spravato for long-term use beyond 60 weeks. And three patients who received the drug died by suicide during clinical trials, compared with none in the control group, raising red flags Janssen and the FDA dismissed.

The FDA, under political pressure to rapidly greenlight drugs that treat life-threatening conditions, approved it anyway. And, though Spravato’s appearance on the market was greeted with public applause, some deep misgivings were expressed at its day-long review meeting and in the agency’s own briefing materials, according to public recordings, documents and interviews with participants, KHN found.

Dr. Jess Fiedorowicz, director of the Mood Disorders Center at the University of Iowa and a member of the FDA advisory committee that reviewed the drug, described its benefit as “almost certainly exaggerated” after hearing the evidence.

Fiedorowicz said he expected at least a split decision by the committee. “And then it went strongly in favor, which surprised me,” he said in an interview.

Esketamine’s trajectory to approval shows — step by step — how drugmakers can take advantage of shortcuts in the FDA process with the agency’s blessing and maneuver through safety and efficacy reviews to bring a lucrative drug to market.

Step 1: In late 2013, Janssen got the FDA to designate esketamine a “breakthrough therapy” because it showed the potential to reverse depression rapidly — a holy grail for suicidal patients, such as those in an emergency room. That potential was based on a two-day study during which 30 patients were given esketamine intravenously.

“Breakthrough therapy” status puts drugs on a fast track to approval, with more frequent input from the FDA.

Step 2: But discussions between regulators and drug manufacturers can affect the amount and quality of evidence required by the agency. In the case of Spravato, they involved questions like, how many drugs must fail before a patient’s depression is considered intractable or “treatment-resistant”? And how many successful clinical trials are necessary for FDA approval?

Step 3: Any prior agreements can leave the FDA’s expert advisory committees hamstrung in reaching a verdict. Fiedorowicz abstained on Spravato because, though he considered Janssen’s study design flawed, the FDA had approved it.

The expert panel cleared the drug according to the evidence that the agency and Janssen had determined was sufficient. Dr. Matthew Rudorfer, an associate director at the National Institute of Mental Health, concluded that the “benefits outweighed the risks.” Explaining his “yes” vote, he said: “I think we’re all agreeing on the very important, and sometimes life-or-death, risk of inadequately treated depression that factored into my equation.”

But others who also voted “yes” were more explicit in their qualms. “I don’t think that we really understand what happens when you take this week after week for weeks and months and years,” said Steven Meisel, the system director of medication safety for Fairview Health Services based in Minneapolis.

A Nasal Spray Offers A Path To A Patent

Spravato is available only under supervision at a certified facility, like a doctor’s office, where patients must be monitored for at least two hours after taking the drug to watch for side effects like dizziness, detachment from reality and increased blood pressure, as well as to reduce the risk of abuse. Patients must take it with an oral antidepressant.

Despite those requirements, Janssen, part of Johnson & Johnson, defended its new offering. “Until the recent FDA approval of Spravato, health care providers haven’t had any new medication options,” Kristina Chang, a Janssen spokeswoman, wrote in an emailed statement.

Esketamine is the first new type of drug approved to treat severe depression in about three decades.

Although ketamine has been used off-label for years to treat depression and post-traumatic stress disorder, drugmakers saw little profit in doing the studies to prove to the FDA that it worked for that purpose. But a nasal spray of esketamine, which is derived from ketamine and (in some studies) more potent, could be patented as a new drug.

Although Spravato costs more than $ 4,700 for the first month of treatment (not including the cost of monitoring or the oral antidepressant), insurers are more likely to reimburse for Spravato than for ketamine, since the latter is not approved for depression.

Shortly before the committee began voting, a study participant identifying herself only as “Patient 20015525” said: “I am offering real-world proof of efficacy, and that is I am both alive and here today.”

The drug did not work “for the majority of people who took it,” Meisel, the medication safety expert, said in an interview. “But for a subset of those for whom it did work, it was dramatic.”

Although the drug had gotten breakthrough status because of its potential for results within 24 hours, the trials were not persuasive enough for the FDA to label it “rapid-acting.”

The FDA typically requires that applicants provide at least two clinical trials demonstrating the drug’s efficacy, “each convincing on its own.” Janssen provided just one successful short-term, double-blind trial of esketamine. Two other trials it ran to test efficacy fell short.

To reach the two-trial threshold, the FDA broke its precedent for psychiatric drugs and allowed the company to count a trial conducted to study a different topic: relapse and remission trends. But, by definition, every patient in the trial had already taken and seen improvement from esketamine.

What’s more, that single positive efficacy trial showed just a 4-point improvement in depression symptoms compared with the placebo treatment on a 60-point scale some clinicians use to measure depression severity. Some committee members noted the trial wasn’t really blind since participants could recognize they were getting the drug from side effects like a temporary out-of-body sensation.

Finally, the FDA lowered the bar for “treatment-resistant depression.” Initially, for inclusion, trial participants would have had to have failed two classes of oral antidepressants.

Less than two years later, the FDA loosened that definition, saying a patient needed only to have taken two different pills, no matter the class.

Forty-nine of the 227 people who participated in Janssen’s only successful efficacy trial had failed just one class of oral antidepressants. “They weeded out the true treatment-resistant patients,” said Dr. Erick Turner, a former FDA reviewer who serves on the committee but did not attend the meeting.

Six participants died during the studies, three by suicide. Janssen and the FDA dismissed the deaths as unrelated to the drug, noting the low number and lack of a pattern among hundreds of participants. They also pointed out that suicidal behavior is associated with severe depression — even though those who had suicidal ideation with some intent to act in the previous six months, or a history of suicidal behavior in the previous year, were excluded from the studies.

In a recent commentary in the American Journal of Psychiatry, Dr. Alan Schatzberg, a Stanford University researcher who has studied ketamine, suggested there might be a link due to “a protracted withdrawal reaction, as has been reported with opioids,” since ketamine appears to interact with the brain’s opioid receptors.

Kim Witczak, the committee’s consumer representative, found Janssen’s conclusion about the suicides unsatisfying. “I just feel like it was kind of a quick brush-over,” Witczak said in an interview. She voted against the drug.