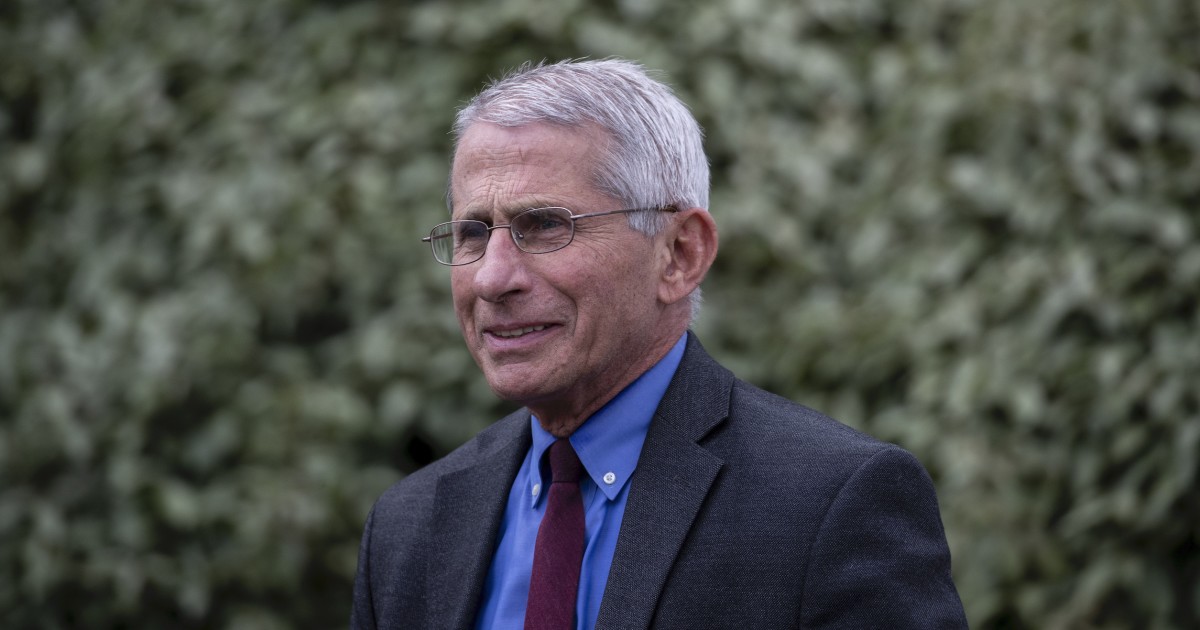 Schools in the United States will be able to reopen in the fall as long as students and staff follow social distancing protocols, according to Dr. Anthony Fauci, the nation’s top infectious disease expert.

Fauci said on CNN Thursday that some schools may have “no problem” welcoming students back in the fall, but the decision to reopen depends on the rate of infection in specific areas. He added, though, that it won’t be necessary to keep schools closed next year.

Educators associations, such as the Florida Education Association, are suggesting that their state departments of education implement frequent coronavirus testing, install touchless sanitizing stations throughout schools, and expand school clinics to include isolation areas for symptomatic students.

“As Florida’s public schools look at reopening, we have a significant advantage that we did not have when they were closed: Time,” the Florida Education Association report said.

Fauci said that schools have to begin making plans for reopening in September because how schools reopen will depend on the severity of the coronavirus in each state.

Read More:  Why Don't Students Like School?: A Cognitive Scientist Answers Questions About How the Mind Works and What It Means for the Classroom

“In some situations, there will be no problem for children to go back to school,” he said. “In others, you may need to do some modifications. You know, modifications could be breaking up the class, so you don’t have a crowded classroom, maybe half in the morning, half in the afternoon, having children doing alternate schedules.”

While children with the coronavirus tend to experience less severe symptoms, they could carry the virus and infect an adult who is more at risk of getting severely ill. The National Institutes of Health launched a study in May to determine how the coronavirus affects children, but Fauci said results probably won’t come out until December.

The Centers for Disease Control and Prevention Director Robert Redfield apologized before the House Thursday for the agency’s “inadequate” reporting on racial disparities in coronavirus patients.

“I personally want to apologize for the inadequacy of our response. It wasn’t intentional. Unfortunately, it’s just reflective of what I tried to say, is that we didn’t have the data that we needed to be able to answer that in a responsible way,” Redfield said.

The CDC released a four-page report last week on racial disparities in coronavirus infection, which Democrats slammed as outdated, incomplete, and “pitiful.” The CDC, which is required to report the information to Congress under the relief bill passed in April, said the information is difficult to obtain if states do not report it.

Unemployment claims for the last week of May were 1.9 million, a high number, but the lowest since the coronavirus pandemic began in March. All told, roughly 42 million people have filed for unemployment since March.

While states continue to reopen, allowing businesses to resume operations and rehire staff, the recovery is slow. The U.S. may also see a second wave of the coronavirus in the fall, which would undo some of the progress the country has made in mending the economy. The May unemployment rate, which will be published Friday, is expected to hit 20%, a level not seen since the Great Depression.

The Catholic Diocese of Madison, Wisconsin, wrote to city officials Thursday that the 50-person limit on church attendance as part of state reopening guidelines has “stifled” the church’s efforts to minister to people suffering from both the coronavirus pandemic and the outburst of violent protests.

“In the wake of the coronavirus pandemic and the racial injustice of the past week, our community is crying out for unity, for grace, and for spiritual healing,” Bishop Donald Hying said Thursday. “We are ready and able to answer that call, but the 50-person cap has unjustly stifled our pastoral mission.”

Florida’s Department of Health reported Thursday that an additional 1,419 cases of COVID-19 were confirmed in a single day, the highest daily increase since March. Previously, the highest daily total recorded since the pandemic began was April 17, when 1,413 cases were added, six fewer than Thursday’s daily total, the Miami Herald reported.

Meanwhile, Gov. Ron DeSantis has given bars, movie theaters, and other entertainment the go-ahead to reopen in 64 counties on Friday as the state moves into phase two of reopening. Three counties hit hardest must remain closed, all of which are in South Florida.

Read More:  Is Monster Energy Zero Ultra bad for you?

Three authors retracted a highly influential study published in the medical journal the Lancet, which found that taking hydroxychloroquine to treat COVID-19 increases the risk of death. Authors said they could not “vouch for the veracity” of the data in the study after questions arose about how one of the authors, Dr. Sapan Desai, and the company he owns, Surgisphere, were able to compile a massive dataset with very few employees and in a short amount of time. The findings had been cited in criticisms of President Trump’s promotion of the drug as a virus remedy.