The year-old Ebola epidemic in the Democratic Republic of Congo is now considered a global health emergency, the World Health Organization said on Wednesday, in a formal declaration that many public health experts called long overdue.

“This is still a regional emergency and by no way a global threat,” said Robert Steffen of the University of Zurich, chairman of the W.H.O. emergency committee that recommended the declaration.

But the panel was persuaded by several factors that have made combating the epidemic more urgent in recent weeks: The disease reached Goma, a city of nearly two million people; the outbreak has raged for a year; the virus has flared again in spots where it had once been contained; and the epidemic hot zone has geographically expanded in northeastern Congo near Rwanda and into Uganda.

Violence against health workers has been a constant worry, and intensified after two Congolese workers were killed in their homes in Beni last week.

Officials are also dismayed by the persistence of the epidemic even with the extensive use of a successful vaccine.

This was the fourth time that the W.H.O. had considered whether to declare a global health emergency in the Congo outbreak. It stopped short the first three times, even though some aid agencies and public health officials had called on the organization to do so in hopes such an order would elicit more funds and recruit more health workers to the region.

But government officials have repeatedly expressed competing concerns about interrupting trade or restricting travel, which Dr. Steffen emphasized should not result from the emergency status issued on Wednesday.

Emergency declarations are issued sparingly, reserved for outbreaks that pose a serious threat to public health and could spread to other countries. Only four such declarations have been made in the past: in 2009, for pandemic influenza; in 2014, for a polio resurgence in several countries; in 2014, for the Ebola epidemic in West Africa; and in 2016, for the Zika virus epidemic.

The Congo outbreak began a year ago, with the first cases confirmed in August. As of Monday, the disease had infected 2,512 people and killed 1,676 of them. The virus has defied efforts to control its rampant spread in the northeastern part of the country, a conflict zone under unrelenting peril from warring militias.

Earlier Ebola Outbreaks, and How the World Overcame Them
Hemorrhagic fever inspires almost mythic terror, but whether it can be beaten depends more on people than on medical advances. 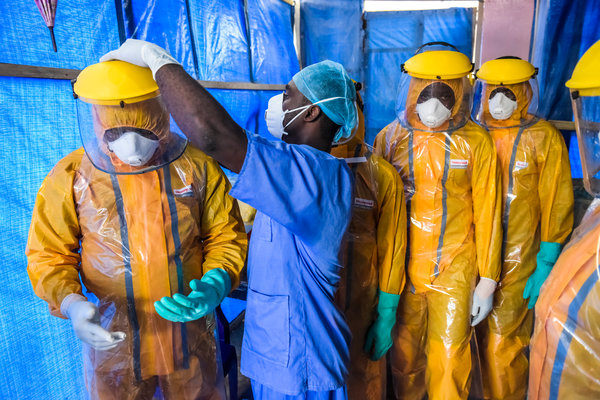 The decision on Wednesday was based on a vote by 11 members of an expert panel convened by Dr. Tedros to reassess the current outbreak after an infected man carried the virus to the city of Goma, a densely populated transportation hub close to Rwanda that has an international airport. That patient has died.

Global health groups had been calling for the declaration for months. Josie Golding of the Wellcome Trust, a research charity based in London, said in statement, “We commend the W.H.O. for making this tough decision, it is right to do so.” The public health response in Congo, she added, was “overstretched and underfunded.”

Rebecca Katz, director of the Center for Global Health Science and Security at Georgetown University, said in a statement: “Almost all international legal and policy experts agree that the conditions for declaring a public health emergency of international concern were met long ago, so we are delighted to see that the emergency committee and the director-general have finally come to this decision. Not only do we believe that the decision will help bring additional needed attention to this ongoing crisis, but also move nations in the regions to take all necessary steps to address the potential spread of the disease.”

The executive director of Unicef, Henrietta Fore, said in a statement: “This is an emergency. There is a very real risk that the Ebola outbreak could spread to neighboring countries, so the international community should urgently come together to make sure that doesn’t happen.”

The W.H.O. said it had received $ 49 million from international donors from February to July, only half the money it needs. Officials who have visited the region say supplies are running short, including the protective gear that health workers need to avoid becoming infected. At a United Nations meeting about the outbreak on Monday, one official said he had seen syringes and gloves being reused because equipment was becoming scarce.

Dr. Tedros said that emergency declarations were not meant to be used to raise money, and that the W.H.O. did not know of any donors who had withheld funds because no emergency had been declared.

“But if that is the excuse, it can no longer be used,” he said.

More than 161,000 people have received an Ebola vaccine made by Merck that is considered highly effective. Concerns about the supply have led the W.HO. to recommend using smaller doses to keep from running out.

Pamela L. Eisele, a spokeswoman for Merck, said in an email that Merck had donated more than 195,000 doses of the vaccine to the W.H.O. since last year, had 245,000 more ready to ship and expected to have 900,000 more in the next six to 18 months. It takes about a year to produce a batch of the vaccine, she said.

The W.H.O. and other experts have advocated the use of a second vaccine as well, made by Johnson & Johnson. But Congo’s Ministry of Health has declined it, saying that the Merck vaccine is known to work, and that it is the only one the nation’s citizens, after a period of mistrust and suspicion, have come to accept.

Read More:  Health Citizenship in the America. If Not Now, When?

Dr. Michael Ryan, the executive director for W.H.O.’s health emergencies program, said, “W.H.O. still supports the introduction of a second vaccine.” He added that the agency was discussing it with officials in Congo.

The man who brought the disease to Goma was a pastor who had preached in seven churches in the epidemic zone, laying hands on the sick. He became ill and was treated by a nurse, but got on a bus to Goma anyway. The bus stopped at three checkpoints meant to halt the spread of the disease by screening passengers for symptoms, but his illness was not detected. He gave a different name at each checkpoint, apparently hoping to avoid being detained, local health authorities said. Sick and feverish by the time he arrived in Goma, he went to a clinic there, where the disease was diagnosed.

He was the only patient in the Goma clinic, which was disinfected after his visit. Health authorities have been tracking the 18 other bus passengers and the driver, as well as others who might have been exposed to the disease by the pastor, and providing vaccinations. So far, 257 people — contacts of the pastor, and their contacts — have been vaccinated.

Dr. Steffen said the emergency declaration should not be seen as a criticism of the efforts already made to stop the epidemic.

“The rationale is to better cope with the volatile characteristics of this outbreak,” he said. “The strategy is not to be changed.” 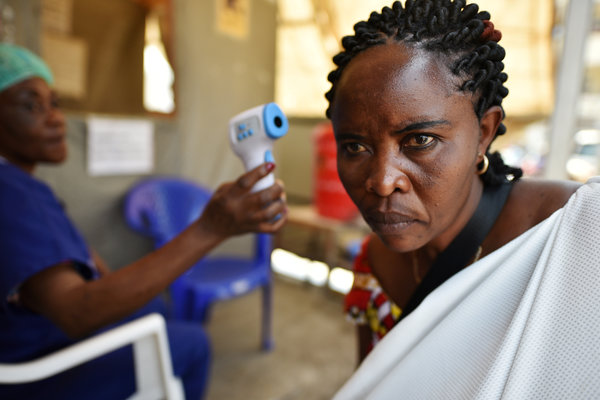 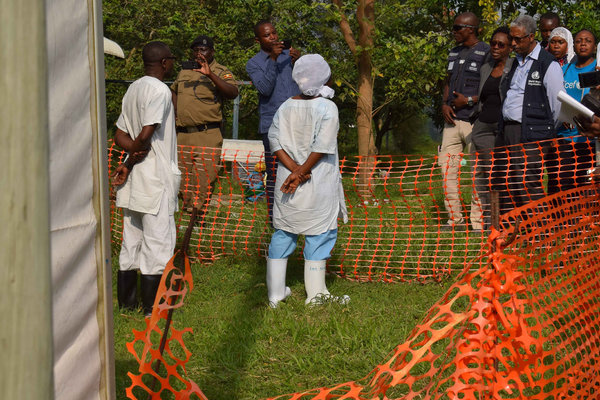 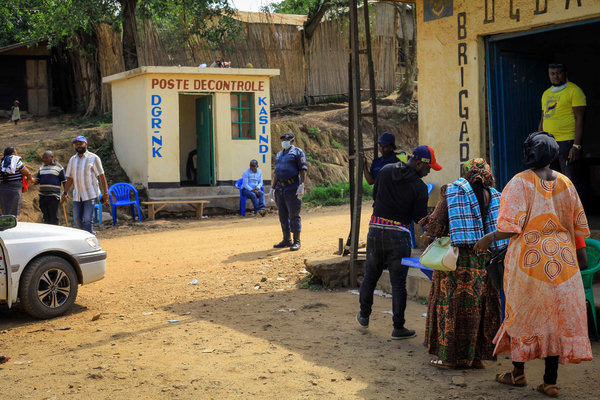