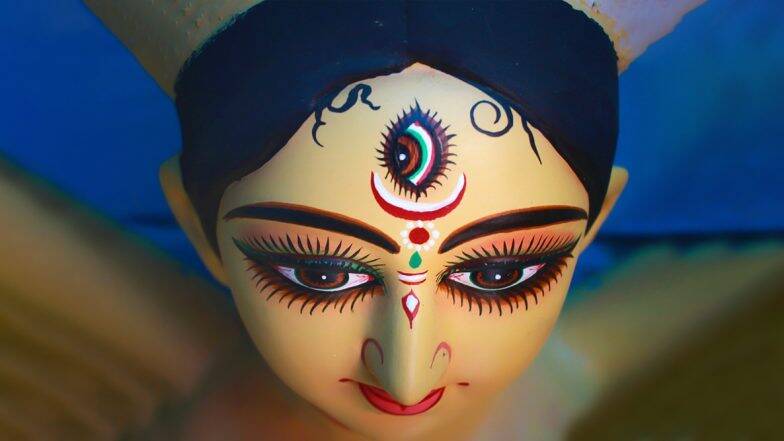 Durga Puja is around the corner and preparations are in full swing. While the festival is celebrated widely across the country, northeastern states, especially West Bengal witness large scale festivities. Also known as Durgotsav, people pray to Maa Durga for health, wealth and prosperity. Durga Puja falls on the sixth day of Ashwin Shukla paksha and in Bihar, on the seventh day of Ashwin Shukla paksha. Durga Puja 2019 will begin from October 4 (Maha Shashti) and will end on October 8 (Maha Dashami). This year the auspicious day of Mahalaya will begin from September 28 at 2:50 am and end on September 19, 12:24 am. As Durga Puja 2019 approaches, we have compiled information about the festival. Maa Durga Aagman 2019 & Its Significance: Know Goddess Durga’s Vahan for Arrival and Departure This Sharad Navratri.

Durga Puja marks the triumph of good over the evil and is celebrated for 10 days, parallel with Navratri. The festival holds great significance among the Bengali-speaking community. Mahalaya signifies the countdown for Durga Puja as it marks the end of Pitru Paksha and the beginning of Devi Paksha. Mahalaya observance also includes offering ‘tarpan’ to remember departed souls. Durga Puja coincides with Sharad Navratri and Dussehra, festivals which hold similar importance in the traditional beliefs of Hinduism. Navratri 2019 Colours List for Nine Days: Complete Colour Chart to Celebrate a Sharad Navratri With Dates and Day-Wise Navdurga Puja.

According to Hindu mythology, the festivals portray the birth of Durga by the blessings of Brahma, Vishnu, and Maheshwara to fight demon king Mahishasura. As she was immortal only the Gods created a Goddess to execute him. As per folktales, Durga took a different form to fight demon for nine days. And finally, on the tenth day, she kills him. Streets of Kolkata dresses up vibrantly on the nine days of Durga Puja. People go pandal hoping to catch a glimpse of varying Durga idols. The colourful idols are immersed in a water body after ten days of celebrations.