Two women from Donegal are raising funds for charity by running the entire way from Mizen Head in Cork, to Malin Head in Donegal.

Julie McMullin, originally from Roscommon but who now lives in Ballyshannon, and her friend Loretta Cullen, also from Ballyshannon, are raising money for The Donegal Hospice, The Northwest Hospice and the Irish Cancer Society, with their GoFundMe page.

McMullin, a 50-year-old secondary school teacher, and Cullen, a 53-year-old who works in the local Kiernan’s supermarket, have been participating in various endurance events over the past number of years.

The idea for this latest feat, which will take place between August 18-22 and will see the pair run 618km through eight counties and three provinces, did not come as one moment of inspiration, but rather was built up to over time.

“There was no lightbulb moment, really,” said McMullin.

“We had completed the Inishowen 100 and after that I said ‘Never again’. But of course a couple of days passed and I was like ‘Ok, what else can I do?’.

“And then it would have been a shame to do something like this and not do it for charity,” added Cullen. 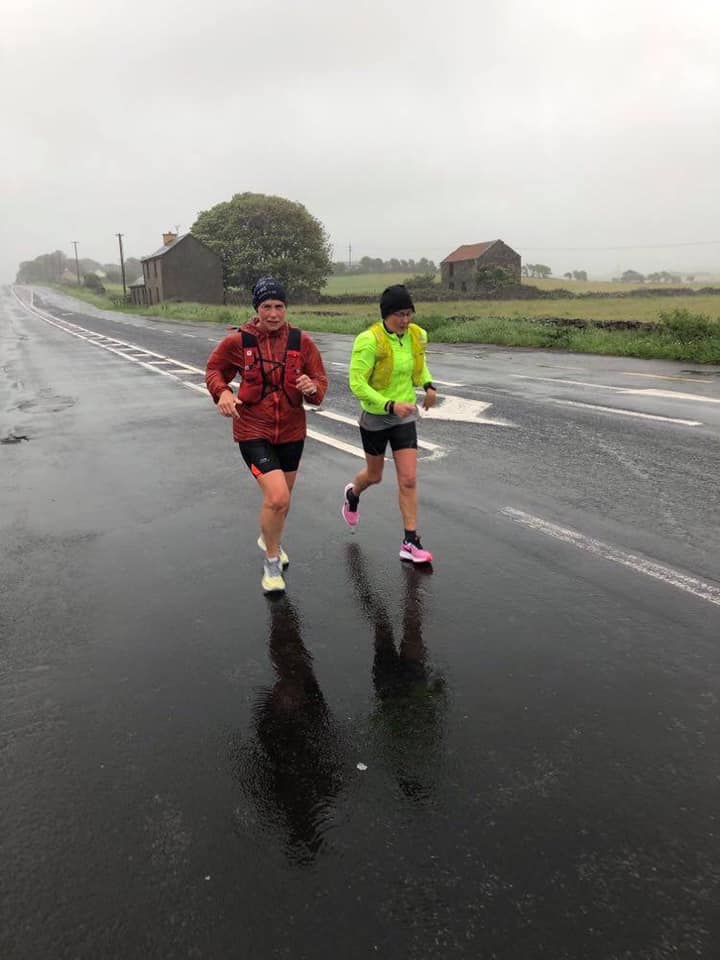 The pair have been training in all weather possible

As with anything else these days, the Covid-19 pandemic has had a profound impact on their preparations as they were in lockdown in Donegal.

“The training for it has been hard, we originally had planned it for June, but had to put it back to August,” said Cullen.

“That meant we had to change our training so we didn’t peak too soon.

Read More:  From fruit juice to honey: The truth about health sugars

“Having to do the training on your own was hard as well, not being able to have each other made it really difficult.”

McMullin added: “And also with the 2km zone, you were just going round in circles, but we have a coach who took our schedule down to an hour and a half.

It isn’t just the training that has been hampered, however, as their attempts to raise funds has been severely hit with events planned in Donegal having to be cancelled.

Their choice of the Irish Caner Society is a personal one, as both of their mothers died from cancer and they are very aware of the work that the hospice movement and the Irish Cancer Society do.

“Our fundraising has been hit quite badly, we had planned events to raise funds that had to be cancelled and we moved it online then,” said Cullen.

“We wouldn’t be the best for taking pictures and putting them up on Facebook, but we have had help from our kids, I’d say they have no patience for us now!”