What thing did Karl Marx, Leonardo DaVinci, and Walt Whitman have in common? All these men wore beards, and according to a new study, beards are almost always rife with bacteria, meaning they all probably had microbe overload. The study found that the typical beard carries more germs than does dog fur.

Beards used to be a rare thing back in 1870, when only seven percent of men were bearded.1Chalabi, Mona. “Beards are Less Attractive When They’re Everywhere.” 16 April 2014. FiveThirtyEight. 19 April 2019. https://fivethirtyeight.com/features/beards-are-less-attractive-when-theyre-everywhere/ By the time of the hippie revolution in 1970, though, facial hair was again popular, with 58 percent of men sporting beards. These days, according to Statista, 33 percent of men in the US have full-time beards and 27 percent occasionally let their beards grow.2https://www.statista.com/statistics/725005/men-wearing-beards-us/ Worldwide, nearly 50 percent of men have beards, including Prince Harry, indicating that royalty does not necessarily equate to sanitary.

In any event, if the researchers were worried that dog germs would make MRI machines unsanitary for humans, they had a big surprise.  They tested the bacterial load on the necks of 30 dogs­­—including border collies, German Shepherds and dachshunds—and in the beards of 18 men and found that the beards not only had more germs, they had far more germs.4Haffner, Josh. “Are beards dirtier than dogs? Significantly more germs hide in men’s beards, study finds.” 17 April 2019. USA Today. 19 April 2019. https://www.usatoday.com/story/news/health/2019/04/17/beards-dirtier-than-dogs-study-says-significantly-more-germs-men/3495993002/ And keep in mind, dog necks are particularly prone to infection, so they’re considered one of the more unhygienic canine regions.

While 100% of the beards had high microbial counts, only 23 out of the 30 dog necks did, and the microbes found on the beards were more likely to be pathogenic than those in dog fur (39% for the humans versus 13% for the dogs). As for the drool factor, the humans had more microbes in their oral cavities than did the dogs. Think humans wouldn’t drool or otherwise contaminate an MRI machine the way a slobbering dog would? Think again. The researchers also measured the bacteria count after dog MRIs and compared the results to bacteria count after human MRIs. The dogs left significantly less bacterial debris behind.

The key findings from the study were that “bearded men harbor significantly more microbes than dogs” and that “Dogs are no risk to humans if they use the same MRI.” What about the risk to the poor poodles and Jack Russell terriers who must share the machine with humans? Now, that’s a different story. If only they could organize, they might demand human-free MRI machines.

Previous studies have also revealed seedy facts about beards. A 2015 study swabbed the beards of several men and found they were as “dirty as toilets.”5“You beard might be as dirty as your toilet, study finds.” 22 December 2016. ABC 13 Eyewitness News. 19 April 2019. https://abc13.com/health/you-wont-believe-what-your-beard-is-dirtier-than/1669061/ The researchers actually found fecal bacteria in the beards. According to microbiologist John Golobic of Quest Diagnostics, the bacteria identified would have shut down municipal water systems if found in the water supply. Of course, the study only compared dogs to men with beards.

What would make beards so particularly dirty? Consider a Twitter study of 1000 bearded men in which 41 percent said they didn’t clean or wash their beards regularly.6Dermatology. “How Dirty is Your Beard? The Surprising Answer.” 6 March 2017. UPMC Health Beat. 19 April 2019. https://share.upmc.com/2017/03/are-beards-dirty/ It seems that many men with beards don’t necessarily consider shampooing or taking soap to their chins. Considering that this was a self-reported study, the 59 percent who did claim to wash their beards might even have stretched the truth or defined “washing regularly” loosely. After all, remember that 100% of the beards in the men versus dogs’ study were rife with yuck. 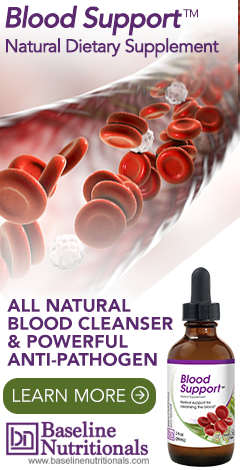 On the other hand, beard defenders say that for the research to be accurate, it should have compared bare chins with beards and beards with women’s hair and clean-shaven humans with dogs. They say studies trying to prove that beards are dirty reflect prejudice against beards, a fear-based bias called “pogonophobia.”7Moye, David. “Men With Beards Have More Germs than Dogs: Study.” 16 April 2019. Huff Post. 19 April 2019. https://www.huffpost.com/entry/beard-men-germier-dogs_n_5cb63c2fe4b082aab08db5d3 Keith Flett, who founded the Beard Liberation Front, criticized the dogs-versus-beards study, saying, “I think it’s possible to find all sorts of unpleasant things if you took swabs from people’s hair and hands and then tested them.” And in fact, an Australian study of 408 men with and without facial hair swabbed both beards and hairless chins and found both harbored bacteria in fairly equal amounts.

But a 2014 study published in the Journal of Hospital Infection was even worse.8Wakeam E, Hernandez RA, Rivera Morales D, et al. “Bacterial ecology of hospital workers’ facial hair: a cross-sectional study.” J Hosp Infect. 2014 May;87(1):63-7. https://www.ncbi.nlm.nih.gov/pubmed/24746610 After swabbing the beards of 408 male hospital workers, researchers found that their beards were so sterile that clean-shaven men were a full three times more likely to carry dangerous bacteria on their faces. The study also found that hospital workers without facial hair were 10 percent more likely to carry MRSA colonies on their faces. Why? It was theorized that during shaving, tiny cuts mar the skin, possibly opening the door to bacterial infection and colonization.

Cleanliness aside, why have a beard? Obviously, not having to shave is a bonus for many men, but also, many men think a beard makes them more attractive. Several polls indicate, though, that most people prefer clean-shaven men. A 2018 YouGov poll published in The Economist surveyed 1500 individuals of mixed ages and genders.9https://d25d2506sfb94s.cloudfront.net/cumulus_uploads/document/4e7f92zbz6/econTabReport.pdf About two-thirds of the respondents said the absence or presence of a beard didn’t affect their impression of a man at all. Of the remaining one-third, the women judged clean-shaven men to give a more positive impression than bearded men at a nearly three to one ratio, while men judged the beardless to have a slight but significant edge. The belief that beardless men gave a more favorable impression held up across income and political affiliation lines, with the fewest beard enthusiasts in the over-65 crowd, who preferred beardless men more than nine to one. The poll also asked the respondents if beards made men more or less attractive, trustworthy, and intelligent-seeming, and in every case, the beardless look won by a wide margin.10Marcin, Tim. “Clean-Shaven VS. Bearded: People Trust, are More Attracted to Men With No Facial Hair, Poll Shows.” 29 March 2018. Newsweek. 20 April 2019. https://www.newsweek.com/clean-shaven-vs-beard-people-trust-more-attracted-men-no-facial-hair-poll-866327 The only parameter in which having a beard gave an edge was that men rated other men with beards higher in masculinity.

Women, however, found clean-shaven men the most manly. Also, respondents under the age of 29 preferred men with beards. It’s interesting to note that eighty-nine percent of the Forbes 100 richest men are clean-shaven.11https://www.zeusbeard.com/blog/beard-infographic-statistical-proof-that-beards-are-badass/

A similar study in 2017 at the University of Queensland involved 8520 women who were shown a series of photos of men when clean-shaven and then at varying stages of growing out their beards. The women rated the men on overall sexiness and desirability as long-term partners. For a fling, women preferred men with short stubble. They judged men with heavy stubble the sexiest, while those with beards and no facial hair were the least sexy. But for settling down and marrying, the guys with beards won by a considerable margin. The researchers repeated the study with Czech and Brazilian men, and found that gay men preferred bearded guys, and the thicker the beard, the better.

Judging by the thousands of comments on a New York Times article reporting on those Australian studies, beard preference may be somewhat cultural. Most respondents said things beard enthusiasts might consider pogonophobic (e.g., “So, David Letterman (with his thick beard) is more attractive than George Clooney (clean shaven). Yeah, right.”).

But back to the point at hand. If your dog needs an MRI, you might want to ask if any bearded men (or perhaps, any men at all) have used the machine of late. And if you have a beard, for goodness sake, do shampoo it at least once a week.