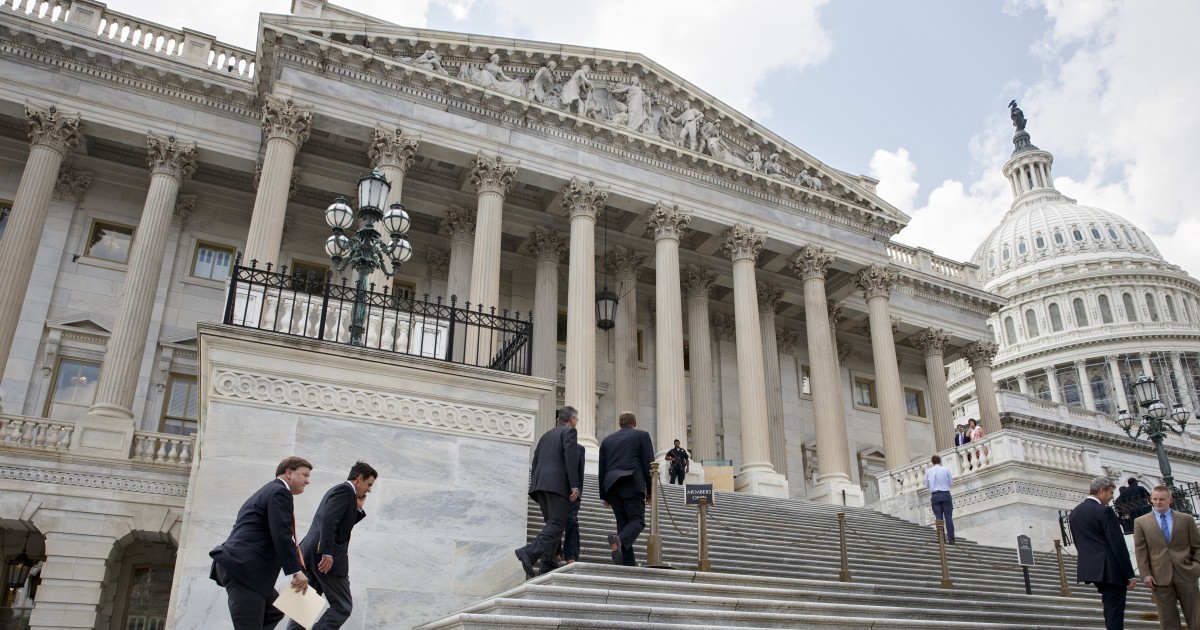 Federal appeals judges in New Orleans are entertaining the idea of striking some or all of Obamacare, appearing uncertain during oral arguments Tuesday over whether Congress intended to toss the entire healthcare law.

During the 90-minute hearing, the two Republican-appointed judges asked attorneys from both sides questions as they sought to determine whether Obamacare, and its mandate to buy health insurance coverage, was constitutional. The third judge on the 5th Circuit panel, Carolyn Dineen King, who was appointed by President Jimmy Carter, did not ask questions or make any comments about the case.

The judges didn’t say when they would rule. Regardless of the outcome, the case is likely to be appealed to the Supreme Court and could be decided right around the 2020 elections.

Republican state officials are challenging Obamacare in the case, Texas v. Azar, and their suit has the support of the Trump administration. Republicans in Congress failed to repeal all of Obamacare in 2017 but did pass the tax overhaul that zeroed out Obamacare’s most unpopular feature: its fine on the uninsured. Republicans passed the law on party lines using a procedure that required them to leave the mandate in place even as they were able to set the fine for the uninsured to $ 0.

Republican state officials seized on the change to argue that, given the results of previous challenges against Obamacare, the law is unconstitutional. In a 2012 ruling, the Supreme Court upheld Obamacare’s mandate on the grounds that it was a tax. But now, without a fine attached, the Republican officials say the mandate doesn’t follow the tax rule the Supreme Court set and should be struck down. Along with it, they say, the rest of the healthcare law should fall because it depends so heavily on getting people to buy coverage.

Judge Kurt Engelhardt, who was appointed by President Trump, questioned why Congress couldn’t step in to remedy the situation. He argued that lawmakers could pass legislation to clarify that the law could remain in place even without the penalty in order to render moot the question about severability.

“Why does Congress want the judiciary to become the taxidermist for every legislative, big-game accomplishment that Congress achieves? Congress can fix this,” he said.

Douglas Letter, the attorney for the Democrat-controlled House, shot back: “And obviously the president would sign that, right? No, obviously not.”

Democrats and Republicans remain deeply divided on healthcare. Democrats have said that if the healthcare law is struck down then it would be up to Republicans to come up with a replacement, but Senate Majority Leader Mitch McConnell said Tuesday that Congress “would act quickly on a bipartisan basis to restore” the law’s protections for people with preexisting conditions. It’s not clear that an agreement can be reached, as lawmakers have been unable to arrive at a bipartisan compromise even to shore up parts of the law that have left people with expensive coverage.

In the oral arguments Tuesday, Obamacare’s defenders said that Congress had intended only to strike the penalty on the uninsured, and not the rest of the healthcare law. But Judge Jennifer Walker Elrod, a George W. Bush appointee, raised the fact that Republicans had long sought to undo more of the law.

“How do we know that some members of Congress didn’t say, ‘Aha! This is the silver bullet that will undo [Obamacare]? So we are going to vote for this just because we know it’s going to bring it to a halt.'”

Read More:  Many Seniors With Heart Failure Take 10-plus Meds

Samuel Siegel, the attorney representing the Democrat-led states, brought up statements from Republicans in Congress who didn’t agree with the lawsuit. The law’s defenders maintained that the judges should rule based on what Congress intended in 2017 in its tax law, not what it wrote in Obamacare in 2010, or the disputes it had later.

The future of the healthcare law remains in limbo, though it’s still currently in effect while it’s being litigated. Texas was appealed to the 5th Circuit after U.S. District Judge Reed O’Connor in the Northern District of Texas sided with GOP state officials in December and declared Obamacare unconstitutional. California and other Democrat-led states appealed the case, arguing that Congress never intended to undo other parts of Obamacare when it eliminated the fine.

Undoing Obamacare would cause the 20 million people who gained coverage under the law to lose it, but it would also affect other parts of the healthcare system. For instance, there are parts of Obamacare that deal with healthcare fraud, and others that deal with prescription drugs. Another portion of the law requires restaurants to post how many calories are in their food.

Elrod asked lawyers seeking to have the law thrown out whether they thought it was necessary to ask the judges to rule so broadly. Engelhardt had remarked that Democrats had once viewed the fine on the uninsured as “interlocking or intertwining” with the rest of the healthcare law.

The Department of Justice said it supported undoing the whole law, but also said that there might be some parts that can stay, depending on what the court thinks.

Read More:  This 4-Week Fat Burning Workout Will Set You Up for Spring

“Our position is the entire act is not severable, however the judgment might still be limited,” said DOJ attorney August Flentje. The Trump administration has said it will continue to enforce Obamacare. So far, the zeroing out of the penalty has had little effect on the healthcare law.

The Trump administration argued previously, when the case was going before the lower court, that only certain parts of the healthcare law should be scrapped, specifically its portions that guarantee health insurers cover sick people without charging them more than healthy people. It recently filed another set of papers that said the appeals court could consider overturning Obamacare only in the 18 states where GOP officials oppose it.