You’ve probably heard of Kratom. But how much do you know about it?

Some say it’s a beneficial and safe plant medicine, others that it’s an illegal and synthetic street drug being shot up by the masses.

What’s the truth, anyways? Why is it even important to know?

It’s important because misleading information causes harm, misuse, and eventually leads to illegality, which prevents research and drives people towards more dangerous alternatives.
We know at this point that banning a substance before learning about it leads to more problems in the long run (*cough* what we’re seeing with Cannabis *cough*).

Keep reading to explore the five most common myths about Kratom for chronic pain to highlight what’s factual and correct. 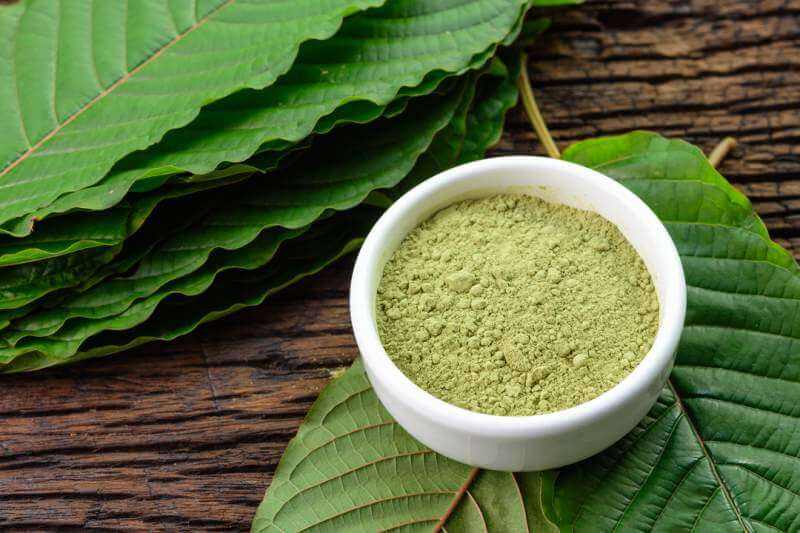 First of all, Kratom is not a scheduled or controlled substance.

It isn’t synthetic, either. People make this association because in the past, dangerous substances like K2 (spice) or bath salts were sold and used at legitimate stores before the DEA cracked down on the issue.

Kratom (Mitragyna speciosa) is a South Eastern Asian plant related to coffee. The leaves are crushed up into a powder, which is what people ingest in tea-form or capsules.

People don’t usually inject it intravenously. If they did, we’d see a massive overdose epidemic, as our body’s systems cannot handle that much plant matter.

Bringing us to our next myth: deaths and negative health reports.

A recent collection of data caused this myth while perpetuating a wrongful frenzy surrounding Kratom.

The CDC reported 91 deaths from July 2016 to December 2017 where people had Kratom in their system.

However, they said only 7 of these people had only Kratom in their systems. They even admit that “the presence of additional substances cannot be ruled out”.

Kratom definitely has the potential to cause herb-drug interactions, which is why the death toll typically only includes people who abuse other substances or have previous serious health problems.

It’s important to note here that finding a good source is essential for healthy use. Find businesses like The Kratom Connection who source directly from Asia and provide fresh, quality Kratom.

People say this because Kratom works with your opioid receptors.

This is why many people use it as an alternative to more dangerous opioids for chronic pain.
However, there’s limited research proving Kratom to be as addictive or harmful.

As with any substance, there’s a chance for habit-forming behavior due to building tolerance. This can be avoided with moderate use and by avoiding Kratom extracts.

It’s true that clinical studies are limited, perhaps due to the negative press and DEA pressure surrounding Kratom.

However, there is research out there, and more to come.

One clinical study states that the blood concentrations of mitragynine (what’s in Kratom) in post-mortem people doesn’t correlate to death, meaning there’s no clear toxic or lethal limit.

5. There’s No Health Benefits When Using Kratom for Chronic Pain

Remember when people said this about Cannabis not that long ago?

In low doses, Kratom provides energy similar to coffee. In higher doses, it has analgesic and antinociceptive properties, meaning it decreases pain.

The NIH reports it as potentially enhancing immunity, too.

Take It With A Grain of Salt

Not the Kratom, but the information surrounding using Kratom for chronic pain.

There’s a lot of bunk myths out there. Only trust people who offer quality information and cite their sources (the same goes for buying Kratom, too).

As always, before trying anything, do your research and talk to your doctor.

In the meantime, keep reading our blog to find out the researched truth about important health issues.