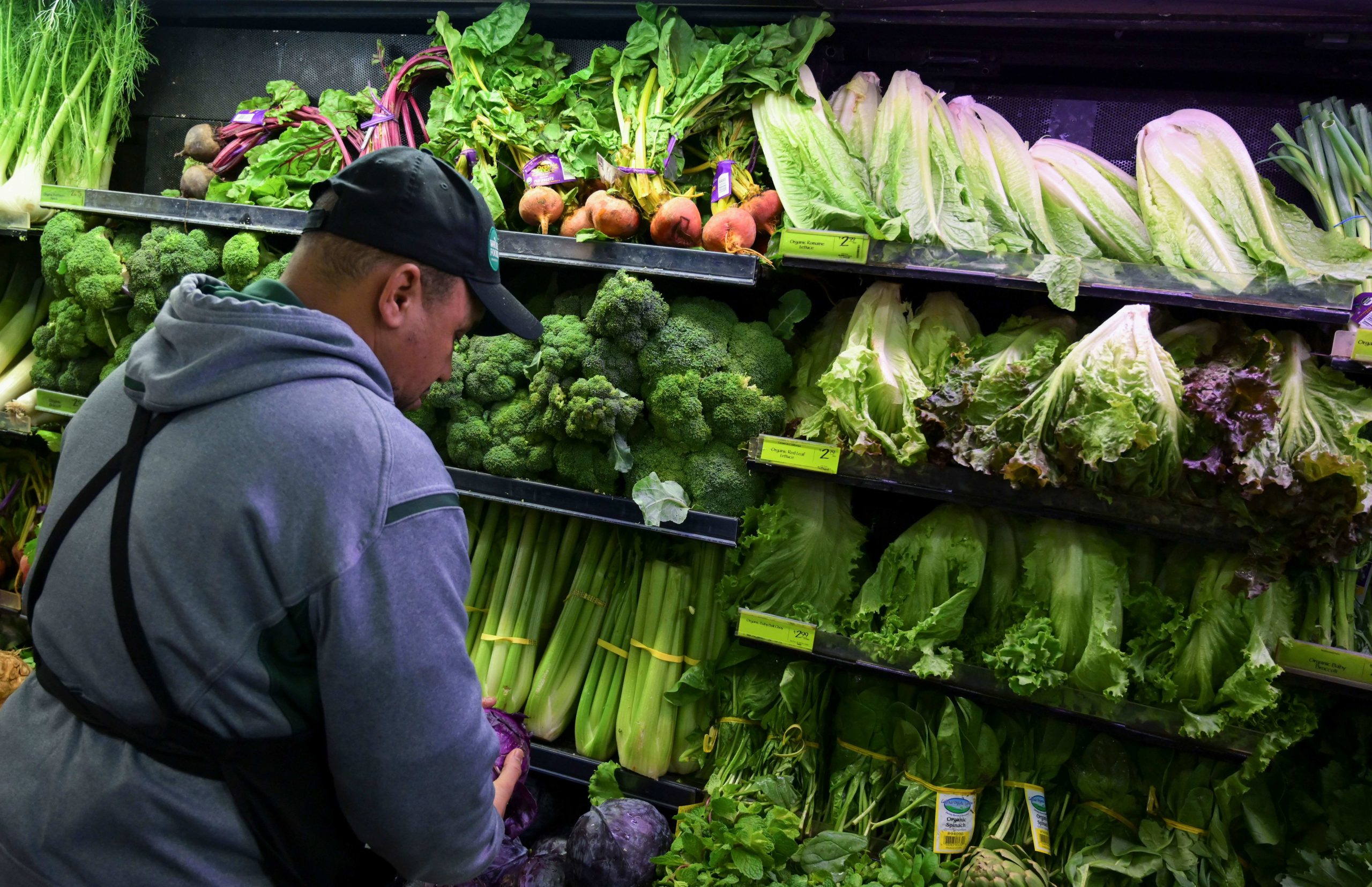 A produce worker stocks shelves near romaine lettuce (top shelf, right) at a supermarket in Washington, DC on November 20, 2018.

The Centers for Disease Control and Prevention is warning consumers to check the labels of romaine lettuce and salad mixes they plan to serve at Thanksgiving dinner, worrying that an E. coli outbreak that has made 67 people sick across 19 states could get worse over the holiday.

The CDC has identified romaine harvested in Salinas, California, as the culprit, though no common grower or brand has been identified.

The timing of the outbreak, which has sent 39 people to the hospital, is alarming for health officials.

“Foodborne illness is definitely a concern ahead of a national holiday that largely celebrates eating,” said Dr. Michael Ben-Aderet, associate director of Hospital Epidemiology at Cedars-Sinai. As the CDC investigation continues, “It’s likely more cases are going to come up,” he added.

For those thinking the outbreak is familiar, it is. Almost a year ago, a similar outbreak occurred in romaine with the same strain of E. coli, making 62 people sick.

“This isn’t anything new,” Ben-Aderet said, though he stressed that doesn’t make it less serious.

This specific strain of E. coli produces the Shinga toxin, which can cause bloody diarrhea and vomiting. About 5% to 10% of patients also develop hemolytic uremic syndrome, a type of kidney failure.

For families and friends gathering across the nation for Thanksgiving, there’s a risk that salad mixes could be contaminated and spread the illness.

“We are concerned about more people getting sick,” CDC spokesman Brian Katzowitz said in an email.

The CDC first announced the outbreak on Friday, warning consumers not to eat lettuce from the region. The U.S. Department of Agriculture’s Food Safety and Inspection service also recalled 75,233 pounds of salad products over a possible E. coli contamination.

“Given what we know today, romaine lettuce harvested from the Salinas growing region may still be on store shelves or in people’s refrigerators,” said Laura Gieraltowski, team lead of the CDC’s foodborne outbreak response team, in a statement.

“Based on this information, consumers should not eat, and retailers and restaurants not serve or sell, any romaine lettuce harvested from Salinas, California, until more information is available,” she added.