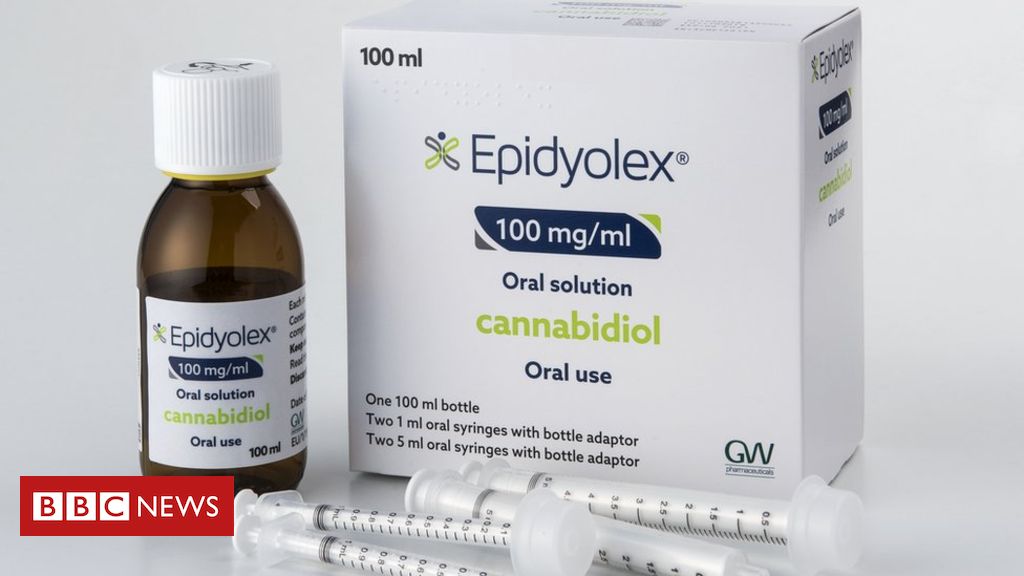 People with severe epilepsy will be able to access a cannabis-based medicine on the NHS from early next year after it was fast-tracked for use.

NHS England said doctors would be able to prescribe Epidyolex – which was approved in November – from 6 January.

It will be available for children from the age of two, as well as adults.

Clinical trials have shown the oral solution, which contains cannabidiol (CBD), could reduce the number of seizures by up to 40% in some children.

The medicine will be used to treat two rare, but severe, forms of childhood epilepsy – Lennox Gastaut syndrome and Dravet syndrome – which can cause multiple seizures a day.

Epilepsy Action’s chief executive Philip Lee welcomed the announcement, saying it “brings much-needed hope and could be life-changing for some”.

However, he added that Epidyolex was not “a silver bullet” and there was more work to be done to “collect robust high-quality evidence of the effectiveness of other cannabis-based medicines”.

An official NHS review earlier this year found that a “lack of evidence” was holding back cannabis medicines, which specialist doctors have been allowed to prescribe in the UK since a law change in November 2018.

Decisions on drug availability are devolved around the UK.

It is estimated there are 3,000 people with Dravet and 5,000 with Lennox Gastaut syndrome in England.

NHS chief executive Simon Stevens said that thousands of people would now have access to the treatment “which has the potential to make a real difference”.