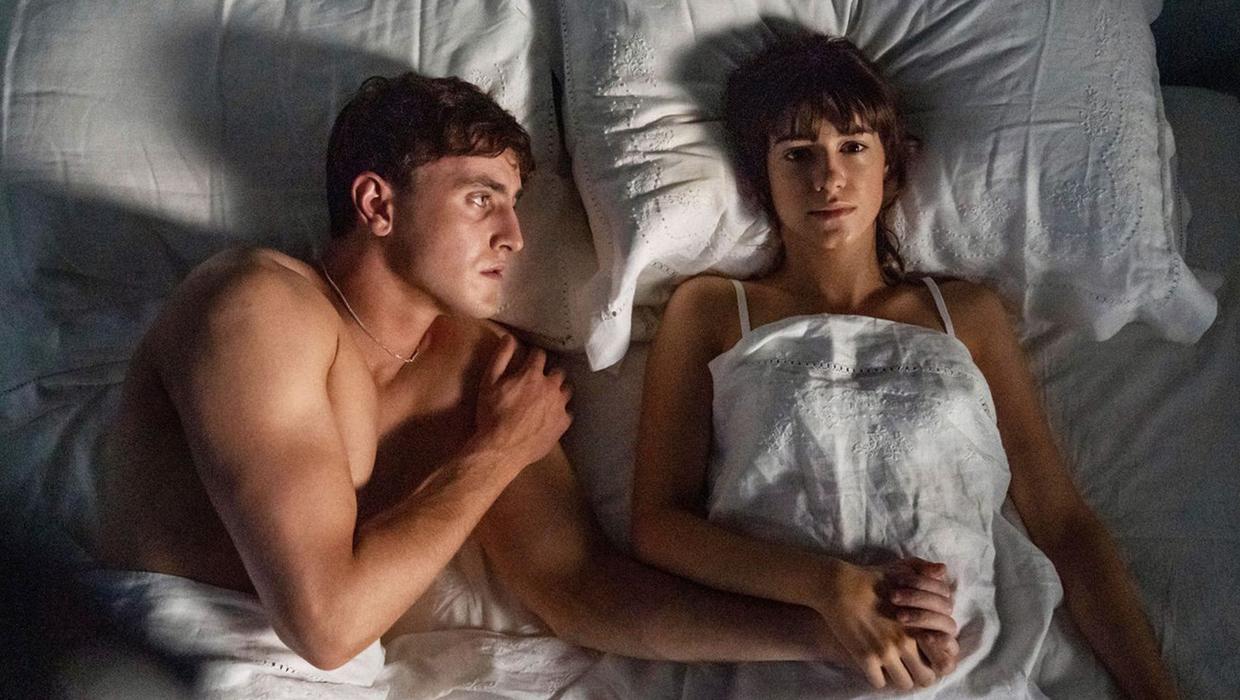 I think we all need a break – from the constant headlines, the media frenzy, the endless shock and terror which seems to take up space on every radio, every TV, every newspaper in the country.

speak of course of Normal People, RTE’s must-see adaptation of the Sally Rooney book that I kept meaning to read. It was hard not to get sucked into the buzz around the show; aside from our domestic flutterings over how good it was, it appeared that people outside Ireland – ie, those not constitutionally bound to support every single product of their nation, no matter the quality – also thought it’s great. And, to be fair, it is.

It taps into a cultural zeitgeist, and – for Irish TV – was a show of many firsts: never before have scenes of people making tea and going up and down stairs or walking on fields in crap weather looked so beautiful, never before has Sligo been portrayed as a tar pit for the human soul, never before have married viewers argued about exes quite so much during the ad breaks.

And, of course, there was the sex, the confusing, bewildering sex – are they really doing it for the first time sober, we asked each other? Yes, apparently they were, for the only pre-coital intoxicant these 20-something teenagers need is tannin and theanine. Well isn’t that grand, we thought. Haven’t young people changed since our day. Maybe so, maybe not.

Thankfully, this ludicrous notion was disrupted by an online video of a mass brawl in a Cork suburb, where strapping young lads booted each other around the place. See, I mused in the general direction of my wife as she tutted, this is the sort of verisimilitude that Normal People lacked. Maybe if they had spent less time on tasteful sex scenes and more on incredibly messy fight scenes, I would have gone, ah, yes, this is the Ireland that I know, nation of tribes, land of donnybrooks, republic of pucks and digs. Of course, the bottom line in this is that I didn’t find Connell to be especially believable, as he was thoroughly decent.

A couple of years ago my daughter ended up being added to a WhatsApp group by mistake. They were a group of local lads, cheerfully sharing nude photos they had been sent by girls they knew, and engaging in the sort of robust banter that men old and young often do and which usually only really is placed in context when it is read out in open court. She quietly left the WhatsApp group a little bit wiser.

She casually told me all this last year, and I can’t say I was surprised, nor was she. The reason fathers are so protective of their daughters is because we know what men are like, or, to put it another way, what we are like. Beyond his inarticulate, emotional bumbling, Connell seems like a good person, compared to the terrifying mess that I, and many of my peers, were at his age, or so many young men today.

But it’s not just my own experiences of chaotic relationships that made Normal People seem less real, but my wife’s. Her experiences also led to inform my depressing lectures to our daughter; that this is what it is to be a woman, to live your life under constant threat. That was our normal.

Maybe teenage boys will watch Normal People and realise that normal and right are not always the same thing. Dropping out of all those WhatsApp groups would be a good start.