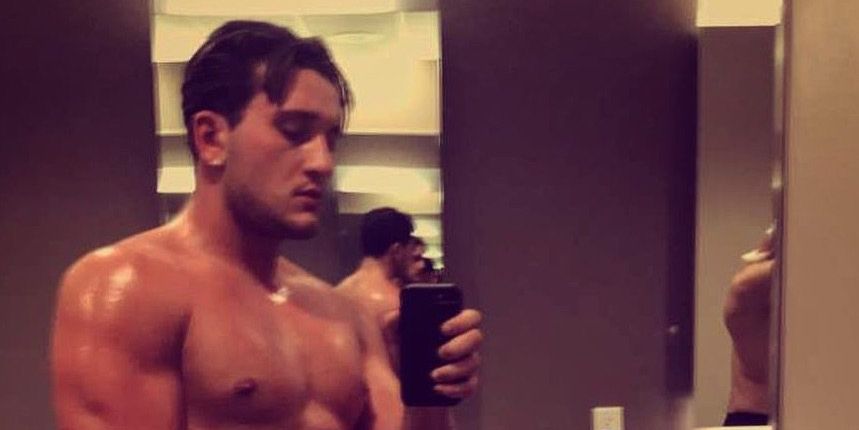 Now, it has been a banner week for brand accounts after the infamous “What’s something you can say during sex but also when you manage a brand twitter account?” tweet that made the rounds this weekend. But this! This is a new level of unhinged. We’ve got: A shirtless man, quite bulky, posing in the mirror for a very-obvious post-gym mirror selfie. The caption is simply, “hey babe! new job is good but I miss u a lot, u miss me???”

There are so many questions that have to be asked here, and the Netflix followers are asking them for me. 1) Were they hacked?? Because… that is maybe the only rational explanation for this. 2) Did someone simply forget to switch Twitter accounts? Social media managers are people, too, you guys. Things happen! And, this isn’t a question per se, but someone tweeted in response to this photo, “Must get rid of toxic in community,” which makes no sense but also ALL the sense.

As fun as it is to go down this absolute rabbit hole, Netflix did tweet a follow-up that explains the whole thing. Basically, there’s a new show coming to the platform that’s all about social media and the ability to be fake and real on those mediums. It’s called The Circle, and it looks SAUCY.

From what it looks like, the guy in the original pic is one of the (totally jacked) contestants on the show. The first round of episodes drop on January 1, so gird your loins, people.

Emma Baty Emma Baty is the Associate Entertainment Editor at Cosmopolitan who focuses on movies and TV.

Read More:  I’m Sorry to Bother You, but Please Don’t Leave Me