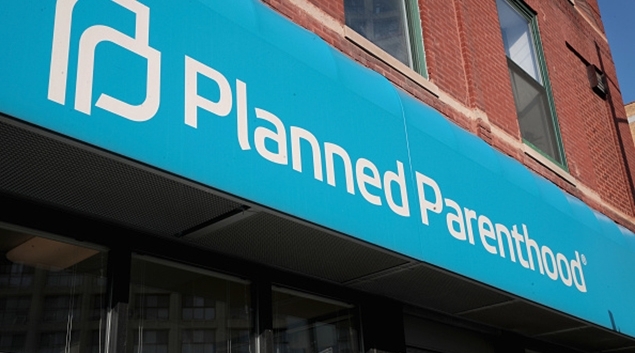 The Department of Health and Human Services Office for Civil Rights has issued a Notice of Violation to the state of California for requiring all insurance plans to cover elective abortions.

OCR’s investigation arose from two complaints alleging that California engaged in unlawful discrimination when California’s Department of Managed Health Care ordered, in August 2014, that all health plan issuers under its jurisdiction must have coverage for elective abortion in every plan they offer.

The two complainants are the Missionary Guadalupanas of the Holy Spirit, a Catholic order of religious sisters, and Skyline Wesleyan Church, a non-profit Christian church — organizations whose religious beliefs preclude them from helping to pay for insurance coverage for elective abortions.

After completing the investigation, OCR determined that California violated the Weldon Amendment and continues to violate federal law.

Insurers in five other states are required to cover abortion services in offering private insurance coverage. The HHS notice to California also serves as a warning to Maine, Illinois, Oregon, Washington and New York, according to The Hill and the Guttmacher Institute.

In 11 states, insurers are subject to state laws restricting coverage of abortion in all private insurance plans, including those offered through the Affordable Care Act.

While the ACA expanded women’s health services, abortion coverage is not among the 10 essential health benefits ensured by the ACA. In fact, abortion services are explicitly excluded from the list, the Guttmacher Institute report said. Under federal law, no plan is required to cover abortion.

WHY THIS MATTERS IN CALIFORNIA

In August, a state appeals court ruled that abortion must be covered by health plans sold in the state, according to the Los Angeles Times. The court threw out the case brought by the Missionary Guadalupanas of the Holy Spirit, one of the two complainants involved in the OCR investigation.

California is being asked to inform the OCR within 30 days whether it will continue to enforce its insurance coverage requirement or whether it would agree to take corrective action.

If, after 30 days, OCR does not receive sufficient assurances that California will come into compliance with federal law, OCR will forward the Notice of Violation and the evidence supporting OCR’s findings to the HHS funding components from which California receives funding.

This is not the first time OCR has found California to be in violation of federal conscience statutes. In January 2019, OCR found that California violated the Weldon and Coats-Snowe Amendments when it subjected pregnancy resource centers in the state to potential fines and discrimination for refusing to post notices referring for free or low-cost abortions.

In February 2019, HHS finalized a new Title X regulation that prohibited federal funds for family planning services located in the same place where abortion is provided. The rule also prohibits referrals for abortion as a method of family planning. Planned Parenthood and other groups vowed to fight the rule.

“Once again, President Trump’s administration is delivering on his promise to protect human life and all Americans’ freedom of conscience,” said HHS Secretary Alex Azar. “Under President Trump, HHS has been vigorously enforcing the statutes Congress passed to protect Americans’ consciences and institutionalizing these protections within the department’s civil rights work.”

“No one in America should be forced to pay for or cover other people’s abortions,” said OCR Director Roger Severino. “We are putting California on notice that it must stop forcing people of good will to subsidize the taking of human life, not only because it’s the moral thing to do, but because it’s the law,”