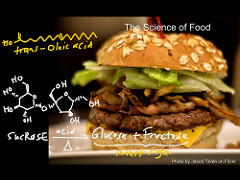 Business as a science, compared to the science of war, is still rather young. While Sun Tzu already 2400 years ago formulated his important military ‘management’ doctrines, it took nearly these same 2400 years before a retired French mining engineer, Fayol (1841-1925), for the first time in history wrote a paper on the tasks of the manager in a business firm. In 1916 he published in the Bulletin de la Société de l’Industrie Minérale an article on « Administration Industrielle Générale, Prévoyance, organisation, commandement, coordination, et controlé (1).The French Military establishment quickly understood that these ideas about ‘administration’ could also be useful in the military context. At the age of 71 they invited Fayol to lecture at their famous ‘École Superieure de la Guerre’(2).

Probably because of the harsher global competition the trend can be noticed that more and more senior managers are trying to protect their firms against, or even counter, the competition by getting inspiration from military principles. In particular competing with developing (Asian) countries, either through their low cost of labour or through a steep technological ascend, requires a broad understanding of the environment, the strengths and weaknesses of the competition, of the nature of one’s own forces and understanding the current situation to secure the future of the firm. Overcoming the Asian competition is the challenge of the present day European firm and the steady development of the European Union can be a stimulating power in this process. Business as a science is about: a strategic doctrine, planning, critical success factors, tactics, intelligence, the moral component and last but not least to leadership.