Careful management of bipolar disorder during pregnancy is critical because for so many patients with this illness, the road to emotional well-being has been a long one, requiring a combination of careful pharmacologic and nonpharmacologic strategies.Half of referrals to our Center for Women’s Mental Health – where we evaluate and treat women before, during, and after pregnancy – are for women who have histories of bipolar disorder. My colleagues and I are asked at continuing medical education programs what we “always do” and “never do” with respect to the treatment of these patients.

What about discontinuation of mood stabilizers during pregnancy and risk of relapse?

We never abruptly stop mood stabilizers if a patient has an unplanned pregnancy – a common scenario, with 50% of pregnancies across the country being unplanned across sociodemographic lines – save for sodium valproate, which is a clearly a documented teratogen; it increases risk for organ malformation and behavioral difficulties in exposed offspring. In our center, we typically view the use of sodium valproate in reproductive age women as contraindicated.

One may then question the circumstances under which lithium might be used during pregnancy, because many clinicians are faced with patients who have been exquisite responders to lithium. Such a patient may present with a history of mania, but there are obvious concerns given the historical literature, and even some more recent reports, that describe an increased risk of teratogenicity with fetal exposure to lithium.

In patients with history of mania, what about stopping treatment with lithium and other effective treatments during pregnancy?

Historically, we sometimes divided patients with bipolar disorder into those with “more severe recurrent disease” compared with those with more distant, circumscribed disease. In patients with more remote histories of mood dysregulation, we tended to discontinue treatment with mood stabilizers such as lithium or even newer second-generation atypical antipsychotics to see if patients could at least get through earlier stages of pregnancy before going back on anti-manic treatment.

Our experience now over several decades has revealed that this can be a risky clinical move. What we see is that even in patients with histories of mania years in the past (i.e., a circumscribed episode of mania during college in a woman now 35 years old with intervening sustained well-being), discontinuation of treatment that got patients well can lead to recurrence. Hence, we should not confuse an exquisite response to treatment with long periods of well-being as suggesting that the patient has a less severe form of bipolar disorder and hence the capacity to sustain that well-being when treatment is removed.

What about increasing/decreasing lithium dose during pregnancy and around time of delivery?

Select patients may be sensitive to changes in plasma levels of lithium, but the literature suggests that the clinical utility of arbitrarily sustaining plasma levels at the upper limit of the accepted range may be of only modest advantage, if any. With this as a backdrop and even while knowing that increased plasma volume of pregnancy is associated with a fall in plasma level of most medications, we do not arbitrarily increase the dose of lithium across pregnancy merely to sustain a level in the absence of a change in clinical symptoms. Indeed, to my knowledge, currently available data supporting a clear correlation of decline in plasma levels and frank change in symptoms during pregnancy are very sparse, if existent.

Earlier work had suggested that lithium dosage should be reduced proximate to delivery, a period characterized by rapid shifts in plasma volume during the acute peripartum period. Because physicians in our center do not alter lithium dose across pregnancy, we never reduce the dose of lithium proximate to delivery because of a theoretical concern for increased risk of either neonatal toxicity or maternal lithium toxicity, which is essentially nonexistent in terms of systematic reports in the literature.

For those patients who are exquisitely responsive to lithium, we typically leave them on the medicine and avail ourselves of current fetal echocardiographic evaluation at 16 weeks to 18 weeks to document the integrity of the fetal cardiac anatomy. Although the risk for cardiac malformations associated with lithium exposure during the first trimester is still exceedingly small, it is still extremely reassuring to patients to know that they are safely on the other side of a teratogenic window.

What about lamotrigine levels across pregnancy?

The last decade has seen a dramatic decrease in the administration of lithium to women with bipolar disorder, and growing use of both lamotrigine and second-generation atypical antipsychotics (frequently in combination) as an alternative. The changes in plasma level of lamotrigine across pregnancy are being increasingly well documented based on rigorous studies (Obstet Gynecol Clin North Am. 2018 Sep;45[3]:403-17).

As in the case of lithium, we never change lamotrigine doses proximate to pregnancy because of the absence of reports of neonatal toxicity associated with using lamotrigine during the peripartum period. The rationale for removing or minimizing the use of an effective medicine proximate to delivery, a period of risk for bipolar women, is lacking.

In 2019, we clearly are seeing a growing use of atypical antipsychotics for the treatment of bipolar disorder during pregnancy frequently coadministered with medicines such as lamotrigine as opposed to lithium. The accumulated data to date on second-generation atypical antipsychotics are not definitive, but increasingly are reassuring in terms of absence of a clear signal for teratogenicity; hence, our comfort in using this class of medicines is only growing, which is important given the prevalence of use of these agents in reproductive-age women.

If there is a single critical guiding principle for the clinician when it comes to managing bipolar women during pregnancy and the postpartum period, it is sustaining euthymia. With the recent focus of the U.S. Preventive Services Task Force on prevention of postpartum depression, nothing is more helpful perhaps than keeping women with bipolar disorder well, both proximate to pregnancy and during an actual pregnancy. Keeping those patients well maximizes the likelihood that they will proceed across the peripartum and into the postpartum period with a level of emotional well-being that optimizes and maximizes positive long-term outcomes for both patients and families.

Dr. Cohen is the director of the Ammon-Pinizzotto Center for Women’s Mental Health at Massachusetts General Hospital in Boston, which provides information resources and conducts clinical care and research in reproductive mental health. He is also the Edmund and Carroll Carpenter professor of psychiatry at Harvard Medical School. He has been a consultant to manufacturers of psychiatric medications. Email Dr. Cohen at obnews@mdedge.com. 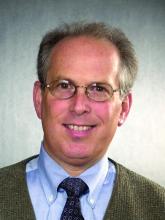