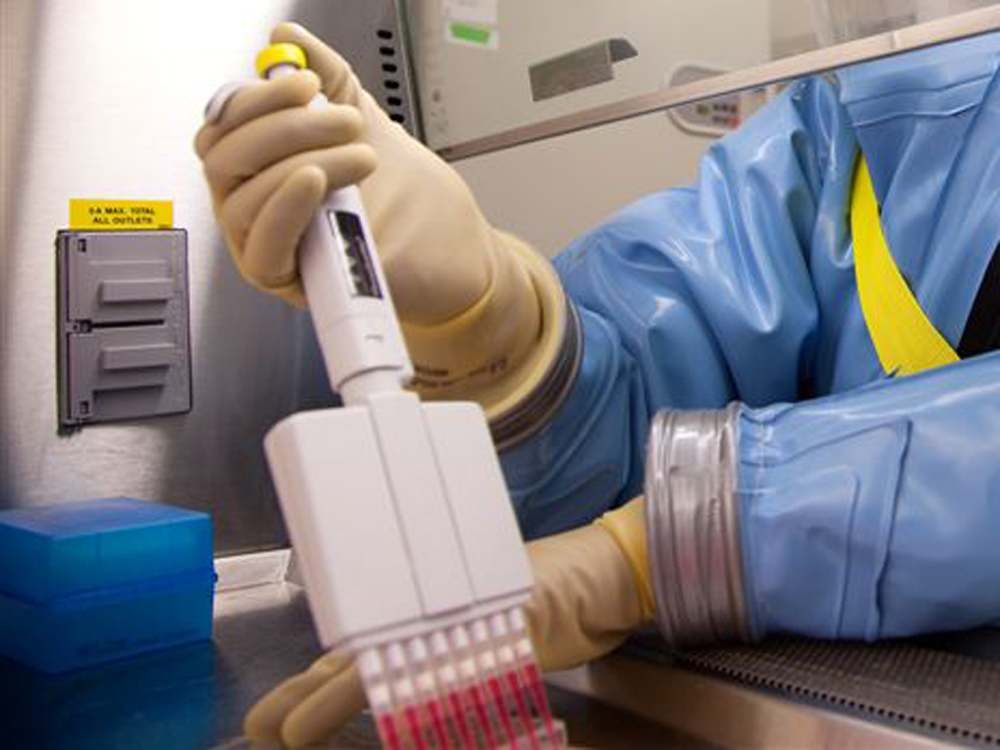 In a table-top pandemic exercise at Johns Hopkins University last year, a pathogen based on the emerging Nipah virus was released by fictional extremists, killing 150 million people.

A less apocalyptic scenario mapped out by a blue-ribbon U.S. panel envisioned Nipah being dispersed by terrorists and claiming over 6,000 American lives.

But this March that same lab shipped samples of the henipavirus family and of Ebola to China, which has long been suspected of running a secretive biological warfare (BW) program.

China strongly denies it makes germ weapons, and Canadian officials say the shipment was part of its efforts to support public-health research worldwide. Sharing of such samples internationally is relatively standard practice.

But some experts are raising questions about the March transfer, which appears to be at the centre of a shadowy RCMP investigation and dismissal of a top scientist at the Winnipeg-based NML.

“I would say this Canadian ‘contribution’ might likely be counterproductive,” said Dany Shoham, a biological and chemical warfare expert at Israel’s Bar-Ilan University. “I think the Chinese activities … are highly suspicious, in terms of exploring (at least) those viruses as BW agents. “

James Giordano, a neurology professor at Georgetown University and senior fellow in biowarfare at the U.S. Special Operations Command, said it’s worrisome on a few fronts.

China’s growing investment in bio-science, looser ethics around gene-editing and other cutting-edge technology and integration between government and academia raise the spectre of such pathogens being weaponized, he said.

That could mean an offensive agent, or a modified germ let loose by proxies, for which only China has the treatment or vaccine, said Giordano, co-head of Georgetown’s Brain Science and Global Law and Policy Program.

Read More:  Things You Should Know Before Sending your Child to Reform School

“This is not warfare, per se,” he said. “But what it’s doing is leveraging the capability to act as global saviour, which then creates various levels of macro and micro economic and bio-power dependencies.”

Asked if the possibility of the Canadian germs being diverted into a Chinese weapons program is connected to other upheaval at the microbiology lab, Public Health Agency of Canada spokeswoman Anna Maddison said this week the agency “continues to look into the administrative matter.”

The agency divulged last week that it sent samples of Ebola and henipavirus — which includes Nipah and the related Hendra — to China in March. It was meant for virus research, part of the agency’s mission to back international public-health research, a spokesman said.

Last month, an acclaimed NML scientist — Xiangguo Qiu — was reportedly escorted out of the lab along with her husband, another biologist, and members of her research team. The agency said it was investigating an “administrative issue,” and had referred a possible policy breach to the RCMP. Little more has been said about the affair.

China has been a signatory to the Biological Weapons Convention since 1984, and has repeatedly insisted it is abiding by the treaty that bans developing bio-weapons.

But suspicions have persisted, with the U.S. State Department and other agencies stating publicly as recently as 2009 that they believe China has offensive biological agents.

Though no details have appeared in the open literature, China is “commonly considered to have an active biological warfare program,” says the Federation of American Scientists. An official with the U.S. Army Medical Research Institute of Chemical Defence charged last month China is the world leader in toxin “threats.”

In a 2015 academic paper, Shoham – of Bar-Ilan’s Begin-Sadat Center for Strategic Studies – asserts that more than 40 Chinese facilities are involved in bio-weapon production.

China’s Academy of Military Medical Sciences actually developed an Ebola drug – called JK-05 — but little has been divulged about it or the defence facility’s possession of the virus, prompting speculation its Ebola cells are part of China’s bio-warfare arsenal, Shoham told the National Post.

Ebola is classified as a “category A” bioterrorism agent by the U.S. Centers for Disease Control and Prevention, meaning it could be easily transmitted from person to person, would result in high death rates and “might cause panic.” The CDC lists Nipah as a category C substance, a deadly emerging pathogen that could be engineered for mass dissemination.

Nipah, which was first seen in Malaysia in 1998, has caused a series of outbreaks across east and south Asia, with death rates mostly over 50 per cent, and as high as 100 per cent, according to World Health Organization figures. It can cause encephalitis, an often-fatal brain swelling, and has no known treatment or vaccine.

The Johns Hopkins exercise — called Clade X — involved a version of Nipah modified to be more easily passed between people. America’s Blue Ribbon Study Panel on Biodefence prefaced its 2015 report with a scenario involving the intentional release of Nipah by aerosol spray.

China’s extensive and controversial use of CRISPR gene-editing and related technology makes it conceivable the country could bio-engineer germs like Nipah to make them even more dangerous, Giordano said.

Browse a magazine or website dedicated to health and you’ll often hear that familiar commandment: take your supplements! And with good reason: minerals and vitamins play an important role in …
Canada has one of the highest prevalence rates of multiple sclerosis (MS) in the world. Each person experiences disease onset and progression in a different way.
It is one of the great successes of modern medicine that certain diseases, such as multiple sclerosis (MS), that once had no viable treatments now have a variety of therapies …
Multiple sclerosis (MS) is an unpredictable disease that can have a profound impact on a person’s ability to earn a living.
RCMP had said yesterday that they found several items linked to the suspects in the killings of three people last month in northern B.C.
While someone might eat a Beyond Meat burger for ethical reasons, it does little for that person’s health. In fact, it might be more harmful than good
If you haven’t noticed, the allergy rate in the Western world is getting kind of nuts. So what’s going on? For one thing, we’ve been parenting our kids all wrong
As the tribunal has heard Yaniv’s complaints, outrage has been roused over the possibility that anti-discrimination laws require women to wax male genitalia